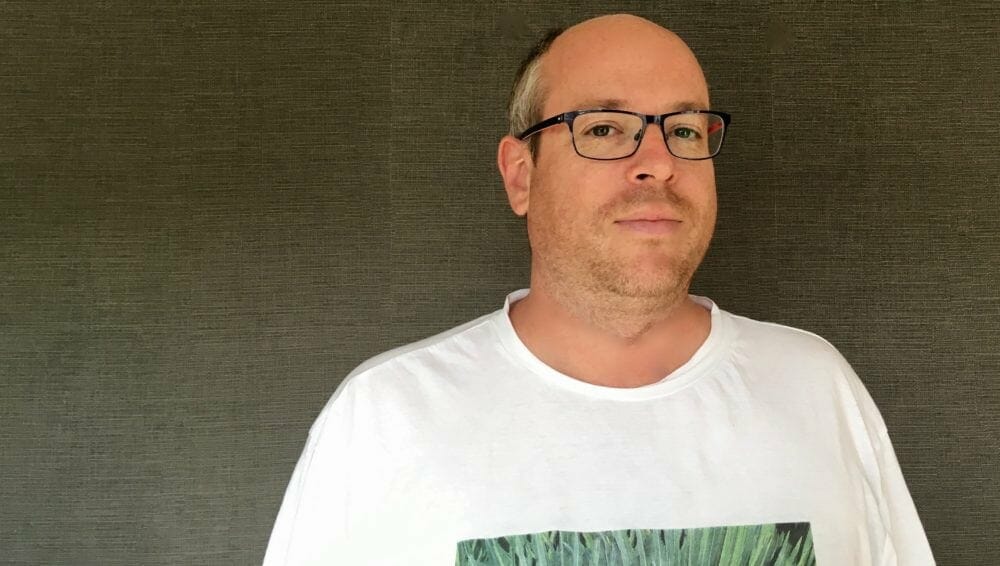 Ben Taylor always had the desire to do a job that “made a difference.” However, his talent was in computers.

Taylor’s passion for all things technology emerged in his school computer room. The year was 1983, he was six years old, and his weapon of choice was a BBC Model B (especially if he could get to the room early enough to grab the one with the disk drive!)

It was therefore of little surprise that Taylor’s early career involved tech. One of his first jobs was providing telephone support for modems, helping early-adopters with their first forays onto the internet. Taylor realised he had a desire not just to make technology work, but to help others learn to use it. Maybe he could “make a difference” that way?

After several technology jobs, he finally gave into his long-term desire to work for himself, starting an IT consultancy in London. Despite years of crawling under desks and ensuring his client networks functioned reliably, that “making a difference factor” was still lacking.

It was a move to Portugal in 2010 that set Taylor on a different path. After largely stepping back from technical work, concentrating more on strategic IT projects, he found himself with spare time and a need to earn extra money. This led to a voyage into the multitudes of ways to work from home with nothing but a laptop and an internet connection.

When Taylor started planning to move back to the UK in 2014, he had a sudden realisation; He could now live exactly where he wanted. He’d built a career he could continue from anywhere, with no need to commute. He also now had years of experience in freelancing, and expert knowledge of separating online scams from genuine and lucrative opportunities.

Finally, that “making a difference” opportunity had appeared. Against the backdrop of a world where the gig economy is thriving and more and more people are switching to working for themselves, Taylor saw an opportunity; HomeWorkingClub was born, with the aim of creating “the ultimate online resource for freelancers and home workers.”

Now, Taylor helps thousands of people get started on the path to home working and freelancing, whilst continuing to earn from a portfolio of other sites and freelance ventures.

Where did the idea for HomeWorkingClub.com come from?

I’m a huge fan of working for myself and not having to trek to an office. I lived and worked in London for over a decade living that life and it starts to grind you down after a while.

When I moved abroad in 2010, I needed to find ways to earn extra money from my laptop and tried many things – some more successful than others. In the process, I learned a huge amount about the home working and “making money online” industry, much of which involves marketers selling unrealistic dreams of an easy freelance life.

I thought that despite how crowded the market is, there exists a clear gap for someone willing to be honest about this kind of lifestyle. It CAN be fantastic and it IS an achievable goal – but it’s also hard work. My “USP” is being honest about that, and not convincing people it’s all easy IF they buy a certain course or membership package – which is nonsense.

Increasingly, it takes me most of the morning to plough through my emails, messages and basic admin. Although I’m in the UK, most of my readership is in the US, which means I tend to wake up to a full inbox.

The flipside to this is that my afternoons are relatively quiet. That means that once I’ve “cleared the decks” I can concentrate this time on the “real work,” whether that means doing work for clients of my own, or creating new content for HomeWorkingClub.

This may sound strange, but sometimes rather slowly to begin with! What frequently tends to happen is that I’ll have a broad idea for something new, often while relaxing on holiday. I’ll take some notes, then usually return home and plunge straight back in to being busy with everything else.

But here and there, during downtime, I’ll think more and more about the idea. I’ll let it crystallise and then start to think about the details.

Then, when it comes to execution, everything speeds up and I’ll get it done super quick! This is particularly relevant to ideas for large, detailed pieces of content.

For example, recently I produced a feature on freelancing and mental health. It’s a sensitive subject and one I wanted to do justice to. While the 2500 words of it spilled onto the page in a matter of just a few hours, the key points and the nuance of what I wanted to put across had been percolating for months – then suddenly it was ready to come out.

The increasing move towards side gigs, freelancing and self-employment in general. I’ve seen several friends make the jump from traditional paid employment in the past year and I love seeing how much it improves their lives. Often it’s not about money but more about the fact they see their children every day.

Maintaining an “inbox zero” approach to everything. I don’t understand people who can cope with notification bubbles everywhere and piles of unopened emails.

I’d want my younger self to know just how pervasive the internet would become. I was connecting to bulletin boards (BBS) before the internet even existed, yet when I was a teenager I still saw it as a bit of a toy and a way to chat to girls on AOL and ICQ!

If I’d known then what I know now, I could have been buying up domain names by the boatload and (later) mining Bitcoin.

Most people are inherently lazy. I think most people would disagree with that on instinct – but the stats on how few people follow up on things they start – such as online courses and freelance work opportunities – are truly shocking.

Read. Magazines, newspapers, Flipboard articles, forums, Reddit threads. You never know where your next inspiration will come from.

It’s something I may have to rethink soon, as I’m struggling to keep up, but every person who signs up to HomeWorkingClub receives an automated email asking what kind of content they’d like to see.

This gives me tremendous ongoing market research and establishes one to one dialog with a large proportion of members.

Being directly told, every day, what your customers want is gold dust, which is why I’m keen to continue doing it – and doing it personally – but with the number of emails growing all the time I may not be able to sustain it forever.

That said, as a strategy for any new online business, I highly recommend it.

I don’t think I’d pinpoint one particular failure, but more the fact that failure becomes part of everyday life. Whether it’s a website that’s failed to gain traction, an article that took days that nobody read, or simply a well-considered pitch that nobody responded to.

How you overcome it is to learn that it’s part of being an entrepreneur – you just have to bounce back and move on.

I think people are going to make a lot of money from all kinds of businesses connected to CBD (Cannibidol, the non-psychoactive part of cannabis, which is legal in many places). It’s already booming, but has the potential to go much further.

I bought an IQOS – a vaping device that’s finally seen me drop a 27-year smoking habit.

It’s really old-school but I’m still hugely reliant on Microsoft Outlook and all of Office 365. Organised tasks and calendars are key to managing what I do every day – both for business and personally, especially when it comes to knowing what my two children and doing and where they’re supposed to be!

I use all kinds of more modern tools – such as Slack and Trello – but it’s my cloud-based reminders and calendars I’d be most lost without.

“The Righteous Mind” by Jonathan Haidt – it should help people to understand why we’re living in such divided times.

Jordan Belfort — ‘The only thing standing between you and your goal is the bullshit story you keep telling yourself as to why you can’t achieve it.‘