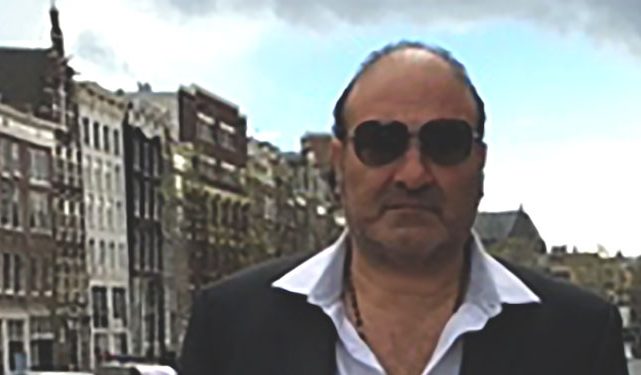 You’re unique, use it to your advantage and always strive to differentiate yourself from those around you.

Beni Atoori has been in an integral member of the film industry for over twenty-five years. Beni graduated from the American Film Institute in 1994 and since then has been regarded as a heavyweight producer, director, and writer in the independent film industry. Atoori has been involved in the production of numerous award-winning films such as “Thirteen Conversation About One Thing” starring Mathew McConaughey and Alan Arkin, as well as his most recent release, “The Last Movie Star”, starring the late, US cinema phenom, Burt Reynolds.

Beni Atoori is currently in the development stage of his new production studio Wonderland Studio with hopes of continuing his string of success in the independent film industry. Above all else Beni is hoping that Wonderland Studios provides the location, and resources, for independent filmmakers to craft their visions for the big screen.
Besides his work in the film industry, Atoori has received numerous recognitions for his humanitarian work outside of film including a $1.5 million sponsorship to the Baghdad Museum Project to encourage community outreach and cultural development.

The idea for Wonderland Studios came from an idea that I have firmly believed since I began my filmmaking career and that is, that all independent filmmakers should have a stage to realize their true visions. Having been an up and coming independent screenwriter and producer I know what the struggle looks like for filmmakers nowadays. I hope Wonderland Studios can be that platform for the talented independent writers, producers, and directors out there. And trust me, they’re out there.

One of the perks of being an independent filmmaker is that, at the end of the day you have absolute freedom to do as you feel each and every day. Of course, there are restraints, and deadlines but at the end of the day you are in control of your own story. I like to start each and every day with a cup of coffee and catching up with the news. I find that this time allows me body to “wake up”. From then on, my day is as busy as you would expect. Between shoots, meetings, and editing I have very little time for myself, so I make sure that my mornings are just for me, that way, I look forward to waking up each and every morning.

This is truly one of my greatest passions. Each and every day I get the opportunity to bring ideas to life. Whether on the small screen or the big screen I have spent the better part of 25 years bringing ideas of all kinds to fruition. What some people fail to remember is that every blockbuster movie, every award-winning film started as a “bud” of an idea. It is through the creative, innovative, amazing people all over the film industry that those ideas turn into films that make people laugh, cry, and sometimes, angry.

I think one trend I am excited about is the current rise of independent film. Gone are the days of multi-million productions being the only films that perform well around the world and leave lasting impacts across the industry. Recently, we have seen films such like “Us”, “If Beale Street Could Talk”, and Roma take home a multitude of awards and receive an immensely positive public reception despite not having a multi-million-dollar budget. Hopefully this is a trend that continues as Wonderland Studios hopes to help independent filmmakers get the credit they deserve.

I am always looking for the next big thing. As a member of the film industry I have to deliver new, exciting material consistently. On top of this I have so many business ideas that I want to start. I have always been passionate about owning my own business and taking care of things how I want them to be taken care of. Prioritization is super important in my process. Knowing what needs to be done now, and what can be done later is pivotal to my productivity.

I would tell my younger self to never give up on yourself. I would tell him to look at failure as an opportunity to make it right the second time. Too many times did I fail at something or do something wrong, give myself trouble for it and move on. It was only when I was beginning my career in the film industry that I realized that retakes are a thing that can happen in real life just as it does in film. If you fail one test, learn how to be better and nail the next one.

I have been around the film industry long enough to know that this question can get a little complicated. I’ll keep it simple. My films are so much more to me than just a pay cheque. Each and every film I direct or produce means something special to me. Each film represents a point in my life and a risk that was worth taking. Not everybody feels this way about their product, but I certainly do.

Try try try again. It does not matter how many times I have failed I will always get back up and try again. As I mentioned before a second chance is a retake in real life. You have the chance to do one thing differently, or even the whole thing differently. The important part is that you remember that you have a chance to change the outcome.

Word of mouth. Word of mouth is huge especially here in Los Angeles. Everybody is always talking, why not get them to talk about you and what you’re doing. I have been sharing my dream of Wonderland Studios with friends and family of mine, as time goes on, so does word of the studio. I’ll even have people I have not spoken to in years ask me about the progress of Wonderland Studio when I run into them at an award show… that is the power of word of mouth.

I like to think that if you never fail you are never truly an entrepreneur. The film industry is a rather cyclical animal. Films you are not so confident in end up having fantastic results, while films you think are going to be a smash are not recognized as such by the industry. As I mentioned before, failure is an important part of learning, and an even more important part of improving. One of my favourite movie lines to describe my view on failure is from the great Rocky Balboa, he states, ““Life’s not about how hard of a hit you can give… it’s about how many you can take, and still keep moving forward.” The push to constantly improve is vital for any entrepreneur.

I have so many new business ideas it is hard to keep them all contained. First and foremost, I want to get my studio up and running and use it as a platform to host massive events. We’re talking festivals, charity events, concerts. I want it to become a hub for entertainment in California. More than just a studio… it’s Wonderland.

I picked up the tab for lunch with a friend just last week. In all of the hustle and bustle of Hollywood, there is nothing quite like sitting down and having a quiet lunch with an old friend. I try to steer the conversation away from what is happening at work and focus on other events in our lives. No regrets taking that time at all.

Honestly speaking, I am not a very tech-oriented guy. I would say the most important program to me is my calendar. I am constantly running from meeting to meeting and the calendar app on my phone ensures I do not miss a beat. I used to be a day planner guy but being able to have my whole week planned on this little device (points to phone) is truly a life saver.

How to Win Friends and Influence People by Dale Carnegie, I would suggest this book to anyone interested in leadership and business as it sheds some light on some fantastic methods of building valuable relationships that last.

“Be yourself; everyone else is already taken.” Is a quote by Oscar Wilde that really sticks with me. In the independent film industry, it is so important to state your identity and make a name for yourself. This quote by Mr.Wilde emphasizes the importance of individuality and creating your own story.

• Never be afraid to fall. It is through failure that we grow the most
• You’re unique, use it to your advantage and always strive to differentiate yourself from those around you
• Never be afraid to bring a simple idea to life. You never really know what chain of events you may inspire or success you may have.