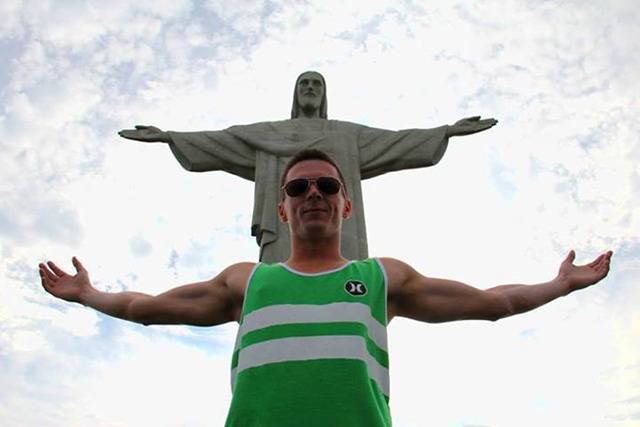 [quote style=”boxed”]Find a need. Figure out how to solve it. Then do it. A lot of people try to overcomplicate it, but it’s kind of straight forward.[/quote]

Billy Murphy is a serial entrepreneur who’s created several online businesses. He’s a former professional poker player who started , a poker training site, in 2009. In 2011 he started launching and acquiring e-commerce stores, and ended up with about 20 of them. He recently launched , which is an e-commerce training site that helps people create successful e-commerce stores. He also runs the popular blog .

I just launched EcomLab. It’s a video based e-commerce training site to help people launch their own e-commerce stores, and help increase store profits. We teach everything from how to find a profitable niche, sourcing from suppliers, how to buy and sell e-commerce stores, SEO, PPC, conversion optimization, email marketing, and more.

Where did the idea for EcomLab come from?

I started buying and starting e-commerce stores back in 2011. It was hard to figure out everything since I had no experience in that space yet. I spent hours and hours searching for the information I needed, but couldn’t find it all in one place. Fast forward to August 2012, and I made a post on my blog: . I got about 100 emails from people asking the same questions I was asking when I got started. I still didn’t know where to send people for the answers, because what I thought they needed didn’t exist. I decided to look into solving the need by creating what eventually became EcomLab.

We make money from subscriptions that members pay to get access to our videos. We put out new videos every week, so their monthly subscription gives them access to all new content.

The first thing I do in the morning is go to the gym. After that, I usually start my work day. I wouldn’t say I have a typical day— really depends what’s most important to work on, which changes a lot day to day with a start-up. I’ll usually take a bit of a break in the evening, and then continue working at night, or doing some reading or writing until I go to sleep.

Find a need. Figure out how to solve it. Then do it. A lot of people try to overcomplicate it, but it’s kind of straight forward.

I did some lawn care one summer because I was told I “needed some jobs on my resume”. I learned that doing something you don’t want to do sucks and I didn’t need a job on my resume.

I’d spend almost all of my time in the beginning focused on acquiring knowledge, instead of worrying about where I could make the most money. Knowledge scales more quickly than money.

Listen to those you aspire to be like, and ignore everyone else. Most people listen to random people who don’t know what they’re talking about and wonder why they don’t achieve what they want to achieve. A lot of times it’s because they’re taking advice from the wrong people.

Working on too many projects at once cost me a lot of time and money. I sold off a number of projects that weren’t my priority so I could focus more.

Some sort of entrepreneurial hub where only approved information is listed. The “make money” space online is hilariously bad. Most people teaching about how to make money don’t know how to make money. A lot of aspiring entrepreneurs don’t know who to look to for advice, so often they just follow whatever “make money” blogs or articles they come across. A lot of them are suboptimal, or flat out wrong. If there was some sort of hub where every good piece of content was posted to and had to be approved by a board of top entrepreneurs, it’d make it much more efficient for aspiring entrepreneurs to know where to go for good content.

Improve people’s education. To do this, I’d eliminate college, and maybe high school too. People should have to learn real things, not memorize what books teach them. Trying to achieve a piece of paper is producing a lot of really low level thinkers.

I once owned 1 million sports cards.

I don’t use many tools— I need to start. I like Evernote.

How to Get Rich, by Felix Dennis. It sounds scammy, but it’s not. It’s written by a guy who made a crazy amount of money, and is very open about his experience.

Neil Patel and Noah Kagan, because they’re both extremely smart and produce content that helps entrepreneurs.
Elon Musk — because he’s a good reminder of how tiny the ideas you’re working on are, and the fact that we should try to think bigger.

Yesterday— I watched a funny youtube video. I spent too much time on there.

I don’t have a single hero, but I look up to a lot of entrepreneurs who become successful by taking some chances and working hard.

What is the number 1 error most aspiring entrepreneurs make?

Why don’t more people take the jump to becoming an entrepreneur?

They incorrectly identify starting a business as risky. They don’t understand that it’s actually much riskier to spend their lives working for someone else who controls their future. The way the math works out, if someone is halfway successful in business they can usually make substantially more money in a business than in a job, both because of leverage, creating assets, etc…