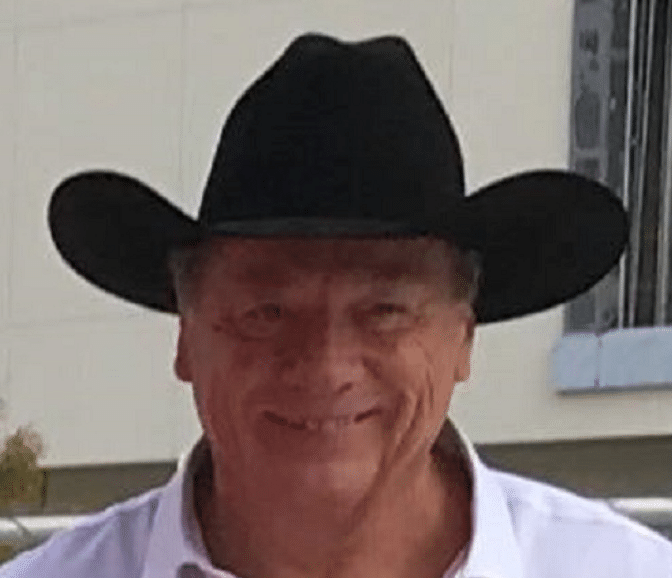 Billy Bob Barnett was born in 1946 in Lampass, Texas. His father was a horseman, cattleman, and ranch farmer. While he was in high school, his family moved to Brenham and worked on a ranch belonging to the family of Hub Baker, who would go on to become Barnett’s lifelong friend and business partner.

Billy Bob Barnett attended Texas A&M University. Throughout college, he was an avid basketball player and was named to the Basketball All Southwest Conference Team each year. During his college basketball career, he was awarded the achievement of Most Valuable Player, earned two Southwest Conference Championships, and still remains on the Career 1,000+ point scorers with 1,064 career points. Barnett also played football for one year at Texas A&M and is one of only a few players to letter in both basketball and football. After attending Texas A&M, Barnett went professional and was drafted by the Kansas City Chiefs in the 2nd round, 61st pick. He later went on to play for the Chicago Bears.

Moving on from sports, Billy Bob Barnett decided to start a career in the entertainment and food & beverage industry by opening The Bucket in Austin, Texas in 1972. An entertainment facility, The Bucket would become the largest Budweiser account in the college distribution system in the United States. During this time, Mr. Barnett acquired the franchise to distribute Miller beer in Fort Worth. After four years, he sold the franchise and returned to a dream he had early on in his career, to open the world’s largest honky tonk..

Billy Bob Barnett’s dream materialized in the form of Billy Bob’s Texas, a country and western nightclub located in the historic Fort Worth Stockyards. Before opening, Billy Bob brought his friend Hub Baker in to handle the retail side of the business. The grand opening was held on April 1, 1981, with Larry Gatlin and the Gatlin Brothers as headlining artists. The first night was reserved for VIP guests, of which there were 1,300, with each one allowed to bring eight guests. The night was a massive success. During the club’s first year in business, the retail side of the business generated $3.2 million. Over the years, Billy Bob’s Texas has become a beloved icon of the state, hosting live bull-riding and numerous country and rock musical acts such as Garth Brooks, George Strait, Alabama, Willie Nelson, ZZ Top, Tina Turner, B.B. King and Bob Hope, and has even been the filming location for several movies and television series.

As his career in the entertainment industry was growing, Billy Bob Barnett decided to seek out more experience in another field of interest, political consulting. Throughout his career, Barnett has maintained a strong local and national political presence, counting many political figures among his friends and mentors including former Texas Senator Peyton McKnight and former Texas Governor Rick Perry whom he went to Texas A & M with. Thanks to these associations, combined with his business acumen, Barnett ended up consulting on numerous political and business projects, as well as helping push through legislation to benefit the entertainment industry in Texas.

Overall, Billy Bob Barnett’s talent, creativity, business acumen, and larger than life personality have allowed him to succeed and make a name for himself in Texas. Barnett’s keen knowledge of the entertainment, music, and food & beverage industries as well as the local and national political field has led to the development of some of the most successful entertainment venues in the Southwest United States, including Billy Bob’s Texas, Dallas Alley in downtown Dallas, The Cat’s Meow on New Orleans, Louisiana, and The Bucket in Austin, Texas.

Billy Bob Barnett was inducted into the Texas Trail of Fame in 2017 and has his star in the sidewalk next to the front entrance of Billy Bob’s Texas.

I had been a patron of entertainment venues like The Bucket or Billy Bob’s Texas since I was a young man. I loved the electric atmosphere inside these places and I especially loved that they are a vital part of what makes Texas Texas. I had always dreamed about opening up my own club one day, but I ended up playing football after college, so it took me a little longer than I planned. When I was injured and my football career ended, I decided it was time to make a name for myself in a different way and it was out of that place that my first venue, The Bucket, was born. Since then, I haven’t looked back.

Being in the industry for over 40 years, I’ve become a fairly hands-off leader. I have spent years developing teams that I trust with my whole heart to run my venues. These days, I usually have a weekly check-in with my venue managers and I visit the venues whenever possible. Outside of the entertainment industry, I am spending more and more time on business and political consulting. I’ve worked with a countless amount of influential leaders over the years, including Frank McCourt Jr., the former owner of the LA Dodgers, Bill Bennett, the founder of Circus Circus, and David P Hanlon of Caesar’s Palace in Las Vegas. In order to stay productive, I keep a tight schedule of what I’m doing each hour of each work day. I can always refer back to this, which helps me make the most of each day.

I often have a lot of ideas rolling around in my head. To get some clarity, I like to get out in nature. I sit outside by the firepit, or go to my sister’s ranch and just bask in the silence of Texas hill country. I always go there when I need to think or make a serious business decision. It also helps me when I’m having trouble finding inspiration.

Technology has been a huge trend in the entertainment industry, made even more important by COVID-19.. For example, some venues have started live streaming musical acts through social media. This has allows them to connect with customers when some of them haven’t been able to stop by, as well as connect with others all over the world.

I make sure to keep in touch with as many people as I can weekly. I am very social and love to catch up with friends and old colleagues. As we are catching up I listen to what they are doing and see where I might be able to fit into their plans and or fit them into mine. Sooner or later I end up with another project or new contacts that I can work with to start a new venture.

When things get hard, work harder. If you keep working at it, you’ll find a way to achieve your goals.

There will always be a place for country and western clubs in Texas. It is a part of our state’s history and even as new forms of entertainment crop up, venues like Billy Bob’s Texas will stand the test of time.

Find a hobby outside of work. It is the only way to stay sane as a business owner. Whether it’s reading, taking a long walk, or even just spending some time with friends, having a separate hobby is important and can impact your professional life in a positive way as well.

If there was something that was stopping me from operating my business the way I wanted to, I set out to change it. I networked with politicians and became instrumental in helping pass legislation that benefited the entertainment industry in Texas.

I once had a potential business partner and the opportunity just didn’t work out. We were close to opening up a new venue in Texas and he backed out at the last minute. It was incredibly challenging to overcome that, but I was ultimately proud of the strength and resilience I exhibited. I ended up postponing the opening of the club and I came back a year later and opened a venue that ended up being one of the most successful of my career.

I recently bet $100 on a horse at a race track in Texas. My horse didn’t win, but I was still proud to participate in an activity that I helped bring to the state of Texas. I was active in helping pass the legislature that made both horse and dog racing legal in Texas.

My team and I use Zoom and Slack to communicate. As I have ventures all over the state of Texas, it is impossible to be everywhere at once. We need a way to communicate quickly and efficiently no matter where I am.

Rise and Grind: Outperform, Outwork, and Outhustle Your Way to a More Successful and Rewarding Life by Daymond John. This book, written by entrepreneur Daymond John, taught me all about what it takes to succeed in business. Specifically, it shows how important it is to rise above challenges because if you can do that, and continue to have a strong work ethic, you will find success.

“Courage is being scared to death but saddling up anyway.” – John Wayne