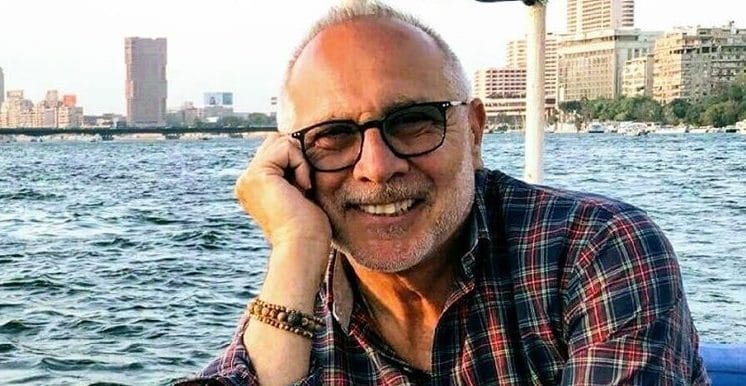 In everything you do and with every relationship and interaction, do your best and work very hard. It will achieve a fulfilling and happy life.

Bob Reasso has led an extraordinary life nationally and internationally as an Athletic Director and Coach. He has studied in some of the top soccer clubs around the world. That coincided with his passion for mentoring new coaches and training as well as developing upcoming athletes.

Bob Reasso began teaching and coaching at Delran High School in New Jersey. From there, he moved to Nasson College, an NAIA college in Maine as soccer, baseball coach, and Assistant Athletic Director in Springvale, Maine.
Reasso was given an opportunity to coach at Rutgers University where he became the head soccer coach. He remained as head coach for the next twenty-nine years. While he was head coach there, he led his team to thirteen NCAA tournaments and three final fours.

Reasso went on to become the Athletic Director at Husson University in Bangor, Maine. He moved on to Pfeiffer University in North Carolina, where he performed as Vice President of Athletics while simultaneously coaching the University’s soccer team. In 2015, Bob Reasso’s team went to the final four. That 2015 team was undefeated and won the NCAA Division II National Championship. They finished the season with a 25-0 record. It was the only unbeaten men’s national championship in Pfeiffer history. That season Reasso was named National Coach of the Year for the second time. His last year at Pfeiffer was spent assisting in the transition of the University’s Athletics from Division II to Division III.

When Reasso was at Rutgers, he had recruited several athletes from The American University in Cairo, Egypt. When the University posted a job for a Director of Athletics, he applied. He felt very fortunate to have landed the position. For the last two years, Bob has enjoyed the rich culture of Egypt and her people. But as they say, “there is no place like home.”

Bob Reasso has returned to America. He is exploring new ventures and opportunities. His accomplishments and dedication have secured much for his past organizations fortunate enough to have him on staff.
At Pfeiffer, he started the transition of the University from Division II to Division III. His fundraising efforts have built a VIP seating in the Falcon Club for members, added lights to soccer, softball and baseball fields, helped complete an overhaul and upgrade of the weight room playing surfaces. Reasso has also revolutionized the Sports Hall of Fame Dinner and the Falcon Sports Banquets to become first-class events. He has his sights focused on the future. He offers powerful leadership dedication and prosperity to any organization.

I started at Rutgers as a part-time head coach. In my second year, I became full time, but I also worked in fundraising, marketing, and promotions, which was an invaluable experience for the rest of my career. When I left Rutgers, there was not a lot of D I soccer jobs available. I was always told that I’d would make a good administrator, so I began looking for opportunities in Athletic Administration. Eventually, I was fortunate enough to find a position in a division three school.

As an athletic director, so much of the job is about taking care of your student-athletes and coaches. I try to create a family environment where all of the athletes and coaches feel they are a part of something bigger than themselves. I work to build esprit de corps among my staff as well. I am consistently addressing matters of human dynamics. I run weekly senior staff meetings and monthly head coaches meetings to make sure everyone is on the same page and that we are sharing the same goals. We require fundraising and recruiting. At small schools, all our coaches need to hit their recruiting numbers. At Pfeiffer, I was also a Vice President and sat on the Presidents’ Cabinet. As VP, I worked on athletic department issues, but I also assisted in strategic planning for the growth of the University.

I am teased by my staff, who tell me that I have a vivid imagination. I dream up ideas. The idea is not enough; you have to have the vision and organization to get it done. For example, when I first joined the University, it had the “Falcon Club.” in a small cramped room with no view. We had a huge room overlooking the basketball court where you could watch a basketball game from that location. The dream was to turn that area into the Falcon Club, where we would be able to serve food and do fundraising there. To bring that idea to life, I went out and did some fundraising. Having thoughts is one thing, bringing them to fruition is where the real work comes in. You have to have some vision and organization.

I live my life in one way, and it was instilled in me by my father. I get up every morning and strive for excellence. In everything I do, with every relationship and interaction, I do my best and work very hard. It makes for a very fulfilling and happy life.

I am pretty persuasive, and I can get almost anything done! I coached in Egypt. In my experience, I find Muslims to be excellent and fabulous people. They get painted with a very broad brush in America. The reality is they are very peaceful and love Americans. They have very little, but they are happy people. I was never once frightened for my safety. Going to a movie theater in America now poses a more significant threat! Most people haven’t been in that part of the world. Unfortunately, the perception of Muslims is distorted in the western world.

Don’t keep more than ten things in your email inbox. I am obsessive-compulsive with my email. I have to act on them right away. I get teased by my staff for having so many organized files on my inbox. If it stays in my inbox, it is crucial. It is critical, and I won’t go home until I address it. I file emails immediately or delegate them, and it keeps me highly productive.

During my coaching years, Adidas helped to grow my career. I was fortunate to have been paid by Adidas for me to study anywhere in the world. They enabled me to continue to explore and grow. To this day, I read forty articles a day about soccer to continue to study. I was able to study in Real Madrid, Barcelona, Manchester United, and AC Milan, to mention a few. You need to continue to explore and grow in your profession. It is my passion. It is a constant striving to learn. I believe when people stop learning, they standstill professionally and personally. I am not a standstill kind of person.

I think the biggest challenge that I have had in my life was living in a foreign country. It was so different, and I try to live as they live. Egyptians are lovely people, but they don’t work at the pace that Americans do. I had to make a concerted effort to get things done. I had to adapt to their rhythm. Especially during religious holidays when the country fasts during the daylight hours. Driving laws seem to be just a suggestion. I took an Uber and had to watch my tablet, and I couldn’t watch the driver or how he got us to our destination. At the end of my stay there, everything became much more comfortable.

I think marketing yourself or your brand when individuals are looking to their future. Controlling your brand is critical. I think someone can make a good business doing that.

I had a house-keeper in Egypt. She was an immigrant from Ethiopia. I paid for her full salary even when I was leaving. I gave her an extra hundred dollars. The hundred dollars meant a lot to her. It gave me such joy to see the look on her face. It was nice to know that I was helping her and her family. It was the best hundred dollars I could have spent.

I recommend Ulysses S. Grant, by Ron Chernow. I am a history buff to learn about great people and how they overcame their struggles in life.

It is not the critic who counts; not the man who points out how the strong man stumbles, or where the doer of deeds could have done them better.
The credit belongs to the man who is actually in the arena, whose face is marred by dust and sweat and blood; who strives valiantly; who errs, who comes short again and again, because there is no effort without error and shortcoming; but who does actually strive to do the deeds; who knows great enthusiasm, the great devotions; who spends himself in a worthy cause; who at the best knows in the end the triumph of high achievement, and who at the worse, if he fails, at least fails while daring greatly, so that his place shall never be with those cold and timid souls who neither know victory nor defeat.
-Theodore Roosevelt

● Believe in yourself. If you have a passion, you will get by your self-doubt.
● It requires vision and organization to bring dreams and visions to life.
● In everything you do and with every relationship and interaction, do your best and work very hard. It will achieve a fulfilling and happy life.
● Create an environment where everyone is like a family. Everyone should feel as though they are a part of something bigger than themselves.