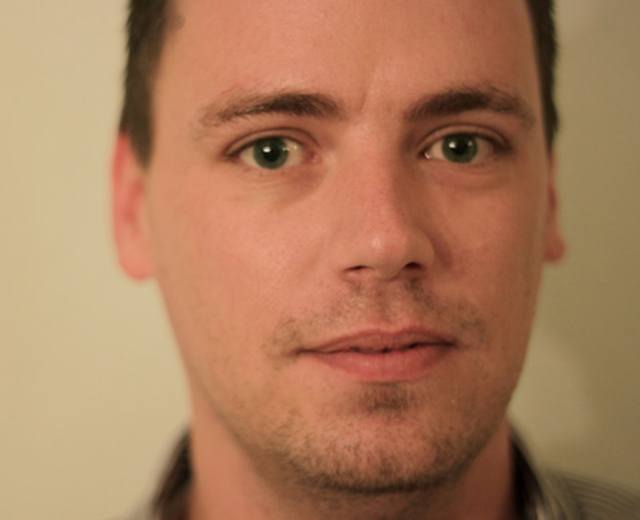 [quote style=”boxed”]Find a competitor and do it better. Everyone is looking for the next big idea, which is great. I think many people lose focus. I always hear “That’s been done before.” Make it better. Take something you’re good at or passionate about, and work harder than anyone else at it. It sounds simple, but it works.[/quote]

Brendon Schenecker is the CEO of Travel Vegas, a company dedicated to finding the best deals and promo codes in Las Vegas. The company’s app, TravelVegas, received the Best Mobile Experience Award at the Las Vegas Digital Media Awards in 2012. Brendon is also the owner of S.B. Marketing Inc., a business-to-business Internet consulting company.

We’re working on a national version of our TravelVegas deals app. We have been working hard on a beta version. The new app is being built on the same platform as the Vegas, and we believe we can bring the benefits of it to every city in the U.S. I don’t want to spill too many beans, but we do think it will be ready for primetime this summer.

Where did the idea for Travel Vegas come from?

Travel Vegas has been a journey. I had sold a previous website with a similar model. The previous project only focused on trip planning; with Travel Vegas, I really wanted to break into all parts of the trip. With our new mobile products, we want to help travelers while they’re walking down the Strip. The idea is to be helpful while planning in Vegas to making it easy to submit reviews once home. Mobile apps have allowed us to tap into that.

Unfortunately, at this point in my career, 90 percent of my day involves work. I like to split my time between the office and quiet coding time. I like to get into the office around noon and spend five or six hours with “the team.” This usually involves helping them move projects forward and establishing phone time with partners and clients. Then, I come home for an hour or two, have dinner, and then head back to the computer. I like to spend nights on coding our software or busy work. The nights are a much more efficient work environment, without distractions.

I always like to start out testing the water somehow. This usually involves setting up a generic website ad polling friends and family. Once I make the decision that it’s a great idea that can make money, I like to dive in headfirst. This part of my process is when the project sort of takes over my life. I will work on it from the time I wake up until I go to sleep. This is also when I start to lose sleep, working very late hours to achieve the end goal. For me, this is the only way to really get all of the details right and have a full understanding of how to make it better. I like to take on the coding side of the project and delegate the content pieces to my team.

The mobile revolution, including the hardware and software, fascinates me. I think everyone understands mobile usage at its most basic — the idea that we have this device on us at all times and use it to enhance just about any experience, anytime. I cannot wait to see what lies ahead.

I was a laborer for my father’s construction company. I can say that it was the worst job I have ever had, but I have to admit, I learned the most from it. I started working summers when I was 12, and as I got older, switched to full-time until I quit around the age of 20. I learned a lot about what I did not want to do for a living. But, more importantly, I learned very early on how demanding a job can be and the work ethic that is needed.

I would like to say I wouldn’t do anything differently because I have learned so much from my failures. That would be on the business end, but more and more, I notice how much time I have lost in my personal life. I guess I wish I could strike a better balance between work and my personal life. These businesses can really consume every aspect of your life. It is something I still struggle with.

In sales, the phrase was “Always be selling.” I feel as an entrepreneur, it should be “Always be learning.” I love to dig into projects that are unrelated to what I already know. This seems to have given me a well-rounded background and a confidence that no challenge is unachievable. Every day, I spend some time researching or creating something new to me.

The first business I tried to start was one of those eBay drop-off stores. This later became a huge failure. This was when I had to be honest with myself about my weaknesses and strengths.

Find a competitor and do it better. Everyone is looking for the next big idea, which is great. I think many people lose focus. I always hear “That’s been done before.” Make it better. Take something you’re good at or passionate about, and work harder than anyone else at it. It sounds simple, but it works. Mobile apps are also great places to do this right now; they’re not as competitive as websites, and it’s easier to get discovered.

I would love to see everyone connected to an uncensored net. Just look at what it has done in the Middle East the past few years. Knowledge is power. I can only imagine how this would change the world. We take it for granted in the States, but there are many people who, for whatever reason, do not have access to the information we do.

• Dropbox: This tool is great for managing files on multiple computers. You can also use it to share large files as links, rather than emailing them.

• IFTTT: This is a really cool tool. It allows you to connect apps such as Gmail, Facebook, Twitter, etc. So, for instance, every time you post a link to Twitter, it could be added to your bookmarks. Or when someone posts a photo of you on Facebook, it gets pushed to your Dropbox. I love the concept and use it to save time on repetitive tasks.

I personally enjoyed the Steve Jobs biography by Walter Isaacson. It was very refreshing to hear the real-life struggles of a man who dedicated his entire life to his work. I know his family was slightly offended by the revealing of some of his flaws, but that’s what I enjoyed the most. Even though none of us will become the next Jobs, the reality of what he gave up in order to achieve that level of success is not very glamorous.

I have one: Matt Cutts, head of Google’s Webspam team, is a great one to follow. He usually tweets when something changes in the G algorithm. He also has been tweeting every time he posts a new instructional video on YouTube.

Recently, I have been showing people the “Ain’t Nobody Got Time for That” video. I love viral videos.

That one is easy: my dad. He started his own construction company at a young age, which he still runs today. I do not know anyone who is more passionate about their work or puts in more hours a day. I have not seen this level of dedication in anyone else, and I attribute any success I may have had from learning from him.

If there were no computers or Internet, what job would you hold?

That’s crazy to think about. I always say if it were not for the Internet, I have no idea what I would do. If I am being honest with myself, I would have to say I would be working for a small business of some type, most likely in a sales-related role. I have always enjoyed working with people and solving problems.

What advice would give others trying to get their start?

Always have a back-up plan. I understand that starting and running a business is more than a full-time job, but I still think it is important to diversify in some capacity. We always dwell on the successes of other businesses, but the reality is that is not the norm. Every business owner that I know comes across hard times, and an investment in a diversified “insurance policy” can go a long way in fading the impact of these days. And if everything does go well, it never hurts to be diversified a bit.