Brenton Gieser – Co-Founder of JoynIn and Be Social Change 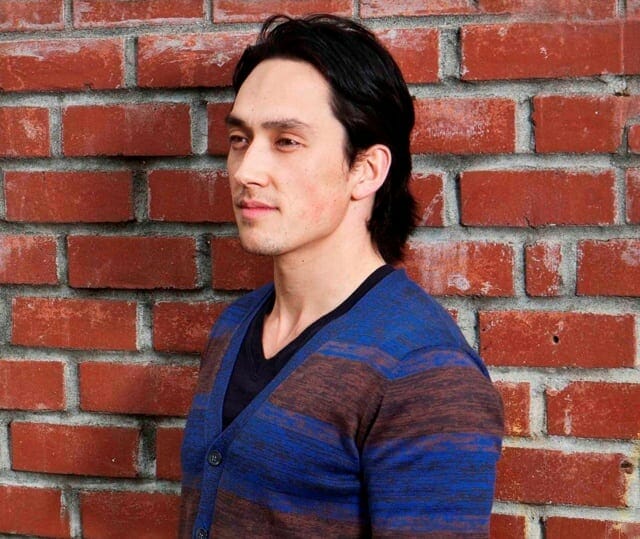 [quote style=”boxed”]Talk to people about your product or service.  I’m not talking about the elevator pitch as much as about getting real customer feedback. Figure out what works, what doesn’t work and iterate.  It’s easy as an entrepreneur to protect your idea from others, however your idea is merely an idea until people use what you have built.[/quote]

Brenton Gieser is an entrepreneur who forgot about success a while ago, maybe because he’s had trouble finding it.  Instead, he’s currently focusing on adding value. He’s the co-founder of JoynIn and Be Social Change.  He has also led social media campaigns for companies like Universal, Sony, Texas Instruments and Taco Bell.

Currently, I’m building a startup we call JoynIn.  We’re looking to change the way local businesses, the staff of local businesses and customers connects.  We do this by rewarding our users for going out with their friends and rewarding employees of businesses for bringing in customers.

I’m also a co-founder of Be Social Change.  Our goal? To change the world!  We’re focused on empowering, connecting and organizing social change.

I am also working on my outside jumper; it’s been a while since I played competitive basketball.  The jump shot has a ways to go.

Where did the idea for JoynIn and Be Social Change come from?

JoynIn: The idea came from the mind of a man named Bill Kish.  He walked into the office of an agency I was working at and pitched the idea to me.  He showed me this bizarre looking diagram with an image labeled member and another labeled CRM.  To be honest, I was lost.  But Bill had passion, vision and an interesting obscurity about him.  Beyond that, the idea was all about empowerment.  Putting powerful business tools in the hands of workers has the power to be bold and transformational.

Be Social Change: Early last year my world view began to broaden beyond my day-to-day life and physical location.  Films like Zeitgeist and books like The Power of Now helped me look beyond myself.  The people in my life helped me see the difference one person could make.

I began to be inspired by the idea of creating a world that works for everyone, not just for a select few with access to the most coveted resources.  So I started Be Social Change with a simple philosophy and purpose: to help everyone “be social change.”

Be Social Change is, at it’s core, an idea and philosophy.  The idea now takes the form of meetups in San Francisco and New York and as a social enterprise.

I will give a typical answer by saying no day is typical, but I’ll try to break it down:

I test! I like to nail the problem I have identified and the solution I am proposing.  That’s really all I need to step forward.

If it’s an idea I’m interested in pursing, I need to make sure it truly inspires me.  It needs to move me in some way at my core.  I also take a look at the market opportunity, not just from a opportunity standpoint, but to see if it’s a space I would be eager to jump into.

Once it passes the gut check, I start talking to lots and lots of people.  I talk to people who I think are the target market and people who might not be the target today, but could be down the road.  I quickly find my ego bruised but my idea sharpened.

Then comes the real testing.  I put together a plan to validate my idea.  This is where the minimum viable product come into play.  It can be a simple website, a prototype or even an ad with a specific photo and copy to tests my hypothesis.  At that point, I am looking to see if people will opt-in based on the value proposition.

As a teenager, I scooped ice cream and bussed tables.  I actually enjoyed those jobs.

The worst job I had was working for a company with no leadership, vision or empathy for its customers.  Working for a company that you don’t believe in is a slow death.  I had trouble going into the office everyday. The story ends well, as I ended up starting my own company soon after my last day at that job.

Talk to people about your product or service.  I’m not talking about the elevator pitch as much as about getting real customer feedback. Figure out what works, what doesn’t work and iterate.  It’s easy as an entrepreneur to protect your idea from others, however your idea is merely an idea until people use what you have built.

A location based mobile app that helps people find recreational sports going on near them.  Looking for a basketball game on a Saturday? Forget looking at recreational basketball forums, scanning Google Maps for a court or driving around.  Based on a check-in or having the app passively run in the background, you could see who’s playing and where they are right now.

The business model can later wrap around helping recreational leagues and facilities attract more players and better manage the players they currently have. I tried to create this before, but never got it off the ground.  I desperately want someone to make this for my own personal use.

I am figuring it all out on a day-by-day basis.. Shhh, don’t tell anyone.

The Lean Startup by Eric Ries is one of the most game-changing books I have read.  Treat your startup and its components as an experiment.  Test your product, growth model and all other systems with scientific rigor. It is a great book for first time and serial entrepreneurs.

I have Pandora running with a station called “New Age Buddha” during the work day.

I shift over to Spotify for my classic rock fix and listen to Neil Young, Grateful Dead and others.

I don’t listen to much hip-hop anymore, but when I do, I listen to Nas and Lupe.

@cat_adriano: She is the most incredible person I know (yes, really) and a rising social entrepreneur.

@kylerutty: One of my favorite new writers. He’s one of the new up and coming voices of Gen-Y.  He’s the first person I have encountered who embodies this generation effectively through comedic fictional writing.

Yesterday because of the nonsensical antics of Catherine Adriano.

Gandhi. What he accomplished with love and discussion is unfathomable in our world.  Most believe war, hate and competition are inherent in human nature.  Gandhi proved otherwise.

Right now, we’re 100% focused on building the most valuable product possible.  We have a ways to go, but the core of what we have built is strong.  Every day we want to help more and more people get the most out of their connections and have amazing social experiences.

We’ll also be working more with the employees of local businesses to figure out how they want to engage with customers.

What’s the legacy you want to leave when you die?

I want to leave the world as a place that works for all people.  Regardless of ethnicity, creed or where a person lives, every person deserves an opportunity to thrive.

In both small and large ways, I want to help shape that world.