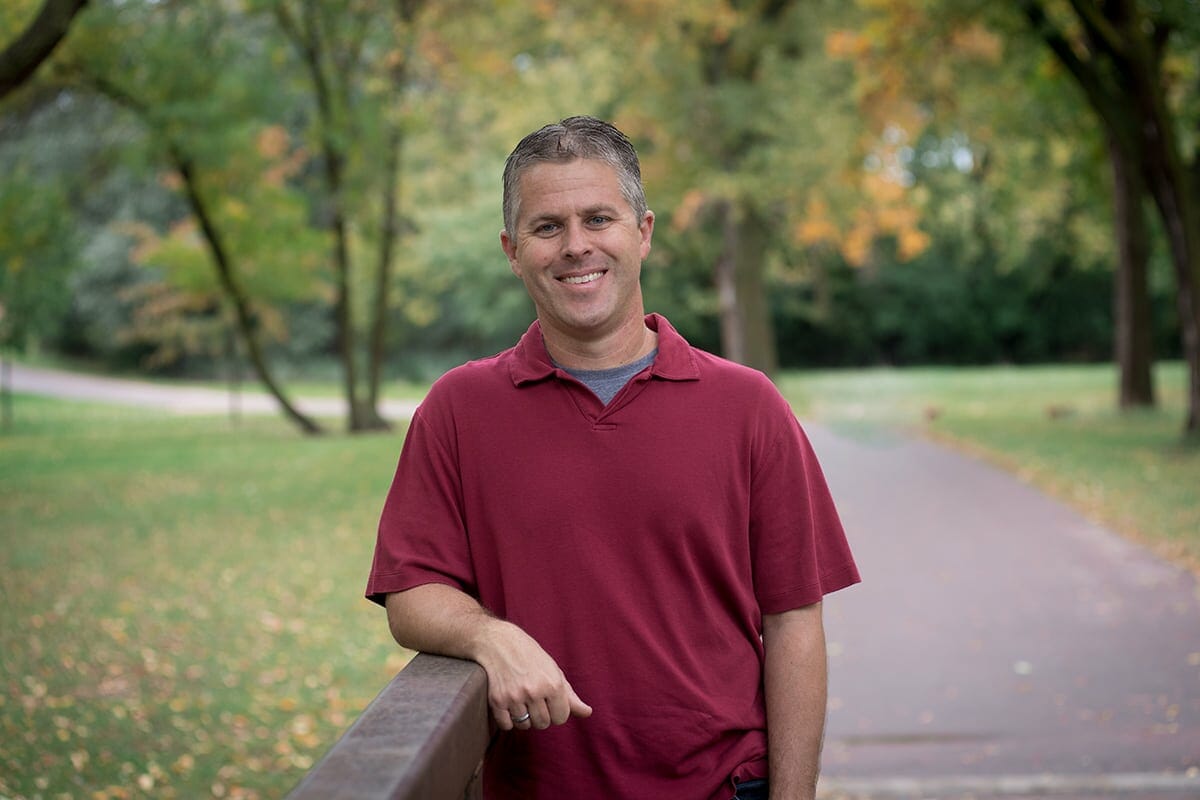 Brian Stroh was born in Grand Forks, ND, and later moved to Fargo, ND, where he graduated high school. He earned a business administration degree from the University of Sioux Falls (SD) and a Master’s of Divinity degree from Sioux Falls (SD) Seminary. He has worked at Hillcrest Church for 15 years as the youth pastor, ministry pastor, and currently the executive pastor. While on staff, Hillcrest has been recognized for several awards including a Congressional Angel in Adoption recipient. Bridge the Gap: How One Church Partnered with a Public School is his first book and tells the unique story of Hillcrest’s partnership with Cleveland Elementary, an under-resourced Title 1 school less than a mile away from Hillcrest. Hillcrest has given over $100,000 to Cleveland since beginning their partnership. Hillcrest has worked with Cleveland for 10 years and in that time, Cleveland’s principal was recognized as South Dakota’s Principal of the Year. In the second year working with the school, Cleveland met Adequately Yearly Progress (AYP), a rare feat for a Title 1 school. Hillcrest also worked alongside a Sioux Falls’ Teacher of the Year. Brian is also the treasurer for Cleveland’s Parent Teacher Association and has been an adjunct professor. Brian and his wife Tarina, live in Sioux Falls with their four children.

Where did the idea for Bridge the Gap come from?

Ten years ago, Tarina and I were were about to send our oldest to school. We live about halfway between Hillcrest, where I work, and Cleveland Elementary, our district school and a half-mile away from our home. We noticed that on our half of the neighborhood, a neighborhood that had 15 school aged children (doesn’t include my 4!), none went to Cleveland Elementary, the neighborhood school that was our district school and the closest public education option for us and our neighbors and was only a half mile away. Not one. Our neighbors made these decisions and they were not bad or wrong decisions. But they were certainly curious decisions for Tarina and I that no one in the neighborhood that we knew went to the school closest to us. We learned:
• 2 families homeschooled their children
• 2 families sent their children to two different private schools
• 2 families open-enrolled their children to a different public school
At this same time, Hillcrest was asking ourselves this question: “would anyone miss us if we stopped being a church?”. We had to admit the answer was “no” and we polled the church that summer looking for ways on to have positively answer that question. We discovered children were a meta theme and serving a public school in Cleveland would be one of the ways we would live out that theme.
I went on sabbatical last summer and wrote Bridge the Gap and it took an additional nine months to bring the book to fruition.

Bridge the Gap began as a side project for my sabbatical and is requiring increasing amounts of time! I still work full-time at Hillcrest as the executive pastor and oversee the church’s day-to-day operations. I oversee staff, volunteers, finances, and the facility while also working with the Lead Pastor on whole church initiatives and directives. I often say there is no typical day!

Two practices have helped increase my productivity:
• Email management- off the advice of several authors and entrepreneurs, I don’t check email or social media when I awake and try to check email at set times throughout the day rather then leaving Gmail open all day.
• Setting a time budget for tasks- this is the idea of that the work takes the time you give it, I’ve improved at budgeting time for tasks and projects and learned I could accomplish a lot given the parameter of a false deadline

I do the work it takes to bring an idea to life. This may sound simplistic, but much of my job and Bridge the Gap is figuring out how to make the idea happen and then doing the work to make it happen. The first year Hillcrest bridged the gap with Cleveland the school had a need for reading buddies, volunteers who would come into the school to read alongside English Language Learners. We had over fifty volunteers with different schedules and interests in this volunteer opportunity. We knew we could not dump that administrative nightmare onto the school’s clerical staff so I did it. I collected classroom schedules, cross-referenced them with our volunteers’ schedules and acted as a reading buddy ‘realtor’ matching our volunteer with a classroom and time slot that worked out for everyone.

There’s lots of ideas out there but it takes work and all that the word ‘work’ entails to bring an idea to life.

The increasing attention focus on how businesses and organizations can help public schools. Bridge the Gap discusses how churches can partner with schools and the idea is also catching on in the business world. Marc Benioff, CEO of Salesforce, believes businesses ought to be partnering with public schools. As sad and frustrating as the teacher strikes have been in Arizona, Oklahoma and Colorado, they highlight opportunities for both businesses and churches or nonprofits to come alongside and be able to make profound impacts.

Morning routines of running, reading, and writing set the tone for my day and prime my productivity. I am an early riser and my days go best when I wake up, get a run in, and do some reading and writing before anyone else is awake. Doing this allows me to get stuff done and work on projects that will not get done once I hit the office.

Choose yourself sooner. I waited for years to be noticed and for someone else to choose my work. I realized that fantastical thinking wasn’t productive so I chose myself.

Busyness is a bad thing. It’s a popular sentiment for leadership and management experts to bemoan busyness and argue that activity is not the same as productivity. And the experts are right, but we’ve taken that advice and now almost judge or demean a person who is busy. You know who gets stuff done? Busy people! That’s why they are busy! The wisdom is being busy about the right things and the right activities.

When you launch a new product or service, you inevitably have to stop or kill an existing product or service. When I was writing Bridge the Gap, I was struck at how many things we had to stop or kill in order to partner with a public school. This isn’t going to be true for every industry, but often to bring something new to market requires attention, energy, and resources you’re currently spending somewhere else.

Pay for good design. Though I self-published Bridge the Gap, I paid for professional front and back cover design. I also paid a professional to design PowerPoint slides for the book release event. There’s cheaper and DIY options out there for design elements, but design is a weak area for me and so critical to a project’s success.

My current project could be viewed as a failure. Bridge the Gap was rejected by over 20 publishers and literary agents. My Kickstarter campaign failed to reach its goal. So, I self-published. Time will tell whether the project is a failure, but the acting on the idea of partnering with public schools is not a failure.

I am a runner and have often thought it’d be great to have a T-shirt that let fellow runners, cyclists, motorists, anyone really know what type of run I was on. For instance, when you train for a marathon, there’s speed days, recovery days, distance days. If you’re running 18 miles, you want a shirt that says “distance day” so you can preemptively thwart off any judgment from the speed workout runner who dust you!

We recently went camping as a family and I spent $20 to rent a lily pad water mat for four hours while on the lake. It was glorious. No fighting between the children!

I am a big fan of Google Keep. I use it for to do lists, tracking vendor bids and contact information, and jotting down notes. For the book project, I used Keep to store websites, vendors, design options, publishers, and literary agents.

Our Kids: The American Dream in Crisis by Robert Putnam. Book gives a great overview for what’s happening throughout our country, gives you context for books such as Hillbilly Elegy and prompts you to action for our children.

It’s amazing how much can be accomplished if no one cares who gets the credit attributed to President Truman and Coach John Wooden among others. Perhaps that’s weird advice for entrepreneurs, but it’s true. If we can move past needing to be recognized or taking credit, our work (our products, our services, etc) has a real chance to be recognized and have an impact.