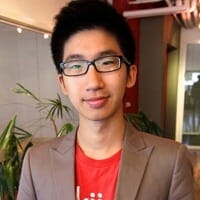 [quote style=”boxed”]I find people who like to do things and do things with them.[/quote]

Brian Wong is the founder of kiip (pronounced “keep”), a mobile rewards network, backed by True Ventures. Kiip has raised over $4.4 million in funding to date and is redefining the advertising industry through a “moments”-based value model, versus the traditional attention based screen estate model. Very recently, Kiip was listed by Forbes as one of the “4 Hot Online Ad Companies to Put on Your Watch List”.

Techcrunch and the Wall Street Journal called Brian the “youngest person to ever receive funding by a venture capital firm”. He was an early Bachelors of Commerce graduate from the University of British Columbia, graduating at the age of 18, after skipping four grades in elementary and high school. He was recently lauded in Mashable as one of “The Top 5 Young Entrepreneurs to Watch”, and the Vancouver Sun called him “a budding internet visionary”. He was also recently a recipient of the Top 20 Under 20 awards in all of Canada.

Before starting kiip, Brian was responsible for key publisher and tech partnerships at the social news website Digg.com. He also launched the Digg Android mobile app, adding to the company’s rising mobile presence.

At this very second? A few survey questions for some of the users that have redeemed rewards in a smaller focus group we’re doing to dive deeper into their user experience. Overall? Building and growing Kiip as the de facto rewards network for the world.

There is no typical day. But if there were common themes, it would be: e-mail, phone calls, conference calls, and a lot of in-person interaction with all types of people.

Rapid adoption of smartphones in developing countries, digitization of the wallet, and self-driving cars.

I find people who like to do things and do things with them.

I used to be very fixated on the results itself, rather than the means to those ends. It’s important to be understanding about the nature of the amazing folks that you work with everyday and asking why people do the things that they do, rather than what they do.

Interesting question. I’ve been giving away this one for a while: a plug-in for all e-commerce checkout pages that give folks the option to donate predefined chunks of money for current causes. Impulse donating is what I call it.

I read blogs, feeds, and anything that comes across my eyes. Main rationale is that it helps

“Leading At The Edge”. Amazing book on business leadership taking lessons from the famous Antarctic expedition led by Sir Ernest Shackleton, and a contrasting Arctic expedition where almost everyone did not survive.