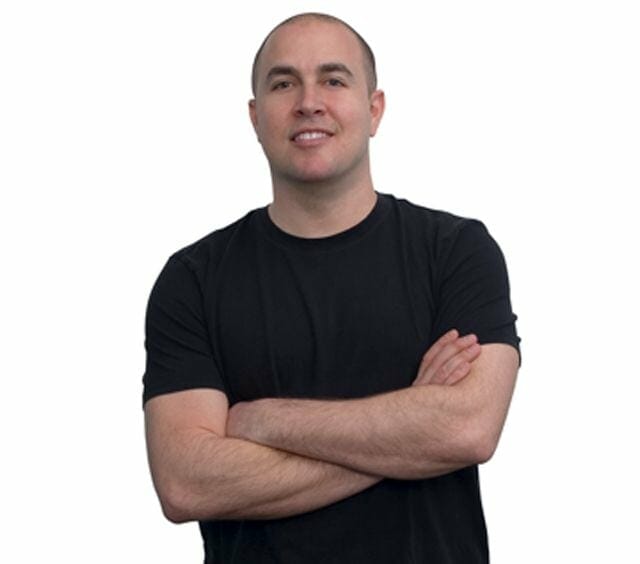 [quote style=”boxed”]I hammer away at them until they feel true and concise, bounce them off the other writers, fret about them until they go live, and then never look at them again.[/quote]

Brook Lundy is the co-founder, head writer, and unpaid intern of someecards, HappyPlace, and Jockular. Before that, he worked as a copywriter in online advertising for over a decade. He also spent several years writing humor essays for national publications, as well as writing and performing in sketch comedy. He lives in Brooklyn, which is in New York.

Father’s Day cards that have some sort of topicality to them. Do fathers eat people’s faces?

Where did the idea for someecards come from?

My partner, Duncan Mitchell, and I started the site six years ago after realizing we couldn’t find an ecard site with our comedic sensibility. We kept our advertising jobs and did it on the side for about a year until we were on the verge of complete mental breakdowns. Then we switched to full-time at someecards and had daily complete mental breakdowns–at least for the first few years.

Reading and editing a lot of ecard submissions from our contributors, trying to write some of my own, helping edit HappyPlace and Jockular, and going to the bathroom maybe three or four times.

Well, within the someecards world, an exciting trend is a huge increase in user-generated cards being made. It’s fun to be able to provide a way for people to be creative, and to see which ecards reach the top and get spread around the Web. They also seem to be getting less insane lately, which is helpful in finding Editors’ Picks.

I may have tried to get into comedy earlier, but I was extremely busy drinking.

Find a good partner, don’t panic, and frequently talk to people who are still complaining about the workplace you left in order to start your company.

One problem is that there’s at least one completely new problem every day, and you have to learn to accept that fact and be as resilient as possible.

A social media site where no one socializes. There’s a huge market out there for angry loners.

I’d send an email reminder to everyone on Earth, in the middle of their day, to tell them to stop whatever they were doing to laugh at themselves for up to three minutes.

Not sure which community you mean, but the best thing I’ve read on humor writing is And Here’s the Kicker by Mike Sacks.

Just now. The guy in this card.