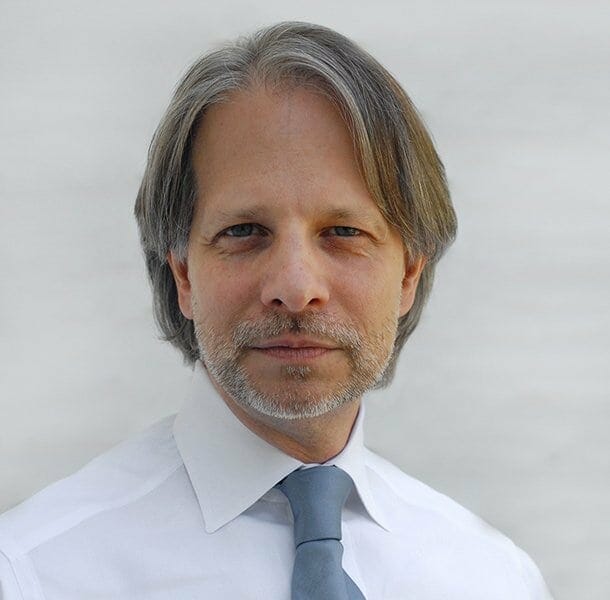 It may take only one person to come up with an idea, but usually it takes a team of people to bring it to life.

Bruce Bent ll is an experienced entrepreneur credited with creating some of the most innovative short-term asset management, cash and cash-related solutions for the broker-dealer, bank, qualified plan, and retail markets. His vision and entrepreneurial drive have been the catalyst for some of the most influential and relevant products in the technological development of cash sweep and expanded FDIC-insured programs. Holding over 60 privately held patents, Bent’s inventions have helped transform the FDIC-Insured cash management landscape into a more than $1 trillion industry today.

He is also a proven manager and C.E.O. who managed the spectacular growth of The Reserve—a money market mutual fund and FDIC cash management business—over a 17-year period. Bent was directly responsible for the orderly liquidation and sale of some of the firm’s subsidiaries and affiliates following the financial crisis of 2008.

A Vice Chairman and President of leading financial services and technologies company Double Rock Corporation, Bent serves as a senior executive to each of Double Rock’s six wholly-owned and subsidiary companies including Access Control Advantage LLC, an innovator in the retirement market, and Island Intellectual Property LLC which engages in patent licensing in the financial services industry. Both firms have become widely recognized as innovators in their respective markets.

Prior to the financial crisis of 2008, Bent was President of The Reserve, which was one of the largest privately held money-market institutions in the world and offered the second-largest money market fund in the world. Headquartered in New York, NY, The Reserve employed over 300 people including sales professionals nationwide. Under Bent’s guidance product lines and markets of distribution were greatly expanded and diversified—the organization’s assets under management in all cash products grew from $4 billion to over $130 billion over a 17-year period. Annualized revenue and EBITDA reached $155 million and $90 million respectively.

Bent was responsible for overseeing the orderly winding down of The Reserve money market mutual fund products following the Lehman Brothers bankruptcy in September of 2008. The product line was voluntarily closed by its management with holders in the Reserve Primary Fund receiving 99 cents on the dollar for their original investment, and 100 cents on the dollar for all other money funds.

Quoted in numerous publications including the Wall Street Journal, Financial Times, and New York Times and many others, Bent previously penned a column on the topic of investing in the publications World Journal and China Press. He was featured in the book Leadership Secrets of the World’s Most Successful CEOs and quoted as a patent subject matter expert on the back cover of The Corporate Insider’s Guide to U.S. Patent Practice.

Bent is, and has been involved in many entrepreneurial ventures including asset management, intellectual property, financial technologies, business consulting, consumer goods, pharmaceuticals, healthcare financing, etc. Bent is a member of the Young Presidents’ Organization, a peer network connecting nearly 10,000 young global business leaders worldwide and was former finance chairman of its Gotham chapter in Manhattan. He is a board member of the 99 Jane Street Condominium Association. He was also a member of the Entrepreneurs’ Organization in Manhattan and has served on the President’s Advisory Council of Scenic Hudson, an environmental organization that protects and restores the Hudson River and its riverfront.

Bent earned a Bachelor of Science in Philosophy from Northeastern University.

Where did the idea for Double Rock come from?

The core of our business was the invention of first money market mutual fund in 1970. It was something my father, Bruce Bent, and his partner at the time, Harry Brown, came up with. Eventually it grew to a multi-trillion dollar industry and put tens of billions of interest in the pockets of average Americans that normally would have been profits of the the banks. We expanded the business to include other types of cash management products, growing to over $130 billion in assets under management. We also continued to invent new things along the way, and in fact we now have a completely separate company with over 60 patents in financial services.

I love the way people communicate and do business today. There’s more of an emphasis on what you can deliver for your partners and your customers and less of a requirement to be tied to a desk in an office all day long. This is great for me because I like to be moving, and as long as I have my phone and my computer and I can be productive from almost anywhere.

It may take only one person to come up with an idea, but usually it takes a team of people to bring it to life. I usually try and bring smart people into the fold. Some may be subject matter experts, but I like to have people that are just plain smart as well to keep things practical and real world rather than too intellectual. And sometimes the most important members of the team don’t realize they are even on the team. For example, your potential customers usually have the most value, and they can tell you what they want and help to develop your ideas without consciously doing so.

It’s the ease and relative affordability of communication. I think people around the world are talking more to one another. And right now the conversation is definitely not as productive as it should be. But eventually over time I think it will evolve, and not only will we be talking to one another, but we will be educating, then understanding, and then hopefully cooperating on a global scale.

That’s a tough one. I don’t know if it’s a habit, a trait, or a flaw, but I’ve seen it in a lot of other entrepreneurs as well and it’s called stubbornness. We don’t like to hear the word “No” and when we do hear it, it usually just means we need to try a new route, but we rarely give up on the goal.

I’m glad we got into multiple businesses for diversification, but I could have done a lot more, sooner.  I would advise my younger self to meet more people faster.  You don’t always need a specific reason to talk to people, networking is just a good way to find potential partners that can help run new businesses you may not have even thought of yet.

You don’t need to go to college to be successful. This whole bachelors degree minimum requirement for almost any job today is doing a disservice to everyone. But most companies still have this requirement.  It didn’t used to be that way. People used to be rewarded more for performance, rather than pedigree.

As an entrepreneur you’ve got to have faith in our own vision and be flexible and innovative enough to overcome the obstacles that come up along the way. And if things don’t work out you’ve got to be resilient enough to try again.

One strategy that helped me grow the business is remembering to create value for the customer. Even if you may not have direct contact with them, it’s the reason why you exist.

Ha, there’s a long list here but if I have to think of one failure, it’s not listening to my intuition. I think you’ve got to do your due diligence, but at the end of the day your intuition should have the final word. I try to remember that subtle but clear inner voice, and that good or bad feeling in the pit of my stomach is what I should base my final decisions on.

America’s number one crop is grass, and unless you’re a rabbit, you can’t eat it. So rip up your lawn and plant fruits and vegetables, raise chickens, and keep honey bees. If you live in an apartment, grow herbs on the window sill. Everybody loves a fresh garden tomato and a real egg. Your neighbors will appreciate it, and you’ll make a small fortune.

You know, I don’t even have to go to $100. It’s the best $24.99 I ever spent and it’s called a Whirley Pop Popcorn Maker. Still works today and makes everyone happy to no end, no matter your age. You can buy one here, www.whirleypopshop.com

I actually have come to like the news app on my iphone, it seems to consolidate what’s happening pretty well. I’m still old school though, and like talking to actual human beings more than anything else, it’s where the real information is.

I still like “How to Be Rich” by Jean Paul Getty. I find some of the newer books don’t endure, and the essence of what really makes someone successful is the character of the person, which is timeless.

What people have influenced your thinking?

So many people have influenced my thinking. My father more than anyone. I was raised to believe innovation was good, and just because something has never been done before doesn’t mean it isn’t possible or a great idea. Generally I like to listen to people who have the courage to follow their own vision, even if I disagree with them, I still feel like I learn from them.