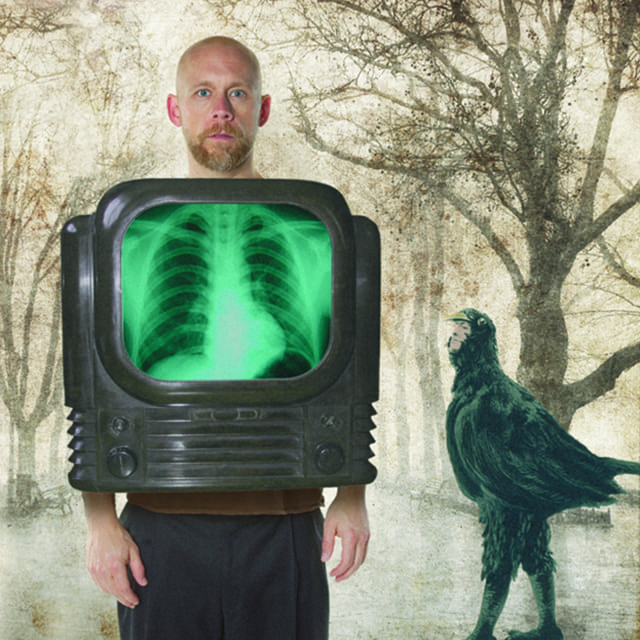 Buddy Wakefield of Kingston, Washington is a Vipassana meditator, a three-time international spoken word champion, novice triathlete, author of three books of vulnerability for growth junkies, and one book about healthy backyard chicken-keeping practices, called HENHOUSE (based on Penthouse, but for chickens, and their lovers). In the spring of 2001, he left his position as the executive assistant at a biomedical firm in Gig Harbor, WA, sold or gave away everything he owned, moved to the small town of Honda, Civic and set out to live for a living. He has been doing so ever since, with people he admires, sharing the experiences of over 1,500 venues around the world ranging from San Quentin State Penitentiary to Scotland’s Oran Mor. Buddy Wakefield is an avid fan of peanut butter, power napping and chopping wood while being cheered on by his two geese, The Colonel and Mrs. Marple. He notices manners, melting ice caps, accessible enigmas and people who fly under the radar. He strives to observe his breath, and his sensations, full time, without reacting.

I’m in my car in a church parking lot at the end of our street memorizing a TEDx Talk for next week about staying present.

Where did the idea for HENHOUSE come from?

A) My girls (Radish, Olive Juice, Fast Priscilla, AC, DC, Epic, and The Judds [who is actually just one chicken]).

C) Making up lyrics for AC and DC’s upcoming album “Black and Fat [/I needa snack/My favorite corn in the world is cracked].”

D) All of the above.

Spinach/blueberry shake and peanut butter toast, then chicken chores while playing frisbee with Tucker the Dog, then Vipassana/CrossFit/writing/computer work/dinner/projects/reading, and sometimes episodes of Workaholics/South Park or a movie.

The landscape of consciousness is growing.

Cold calling people for donations for the Seattle Repertory Theater for two hours.

I learned how much I dislike knowingly annoying anyone who doesn’t work for parking enforcement.

The 2013 Cats Lick Their Own Butt Calendar. Do it!

Teaching folks, especially kids, first and foremost, that taking time for personal peace is not wasted time. There must be at least 1 unanimous way to experience and practice life’s fundamental insights daily as a part of public education. Since children belonging to different religions study together, thank goodness, the teaching must be a nonsectarian, universal, acceptable approach appealing to everyone, like, say, breathing air….
If you would genuinely like to get established in the practice of seeing clearly (Vipassana), the idea is to make it happen. There are Vipassana courses offered for free around the world all year long. Kids courses too. Dhamma.org

In the 12th grade my doctor convinced me I was growing a boob due to a spike in my estrogen levels caused by a rare reaction to smoking too much pot.

The first one is inappropriate.
The second one is Facebook for its convenience.
The third one is buddywakefield.com for personal reasons.

The Power of Now by Eckhart Tolle.
It must be experienced, not rationalized.

Joe Kowalke because he makes me laugh and he sees the little things.

Dave Vowels because his brilliance is so peculiar and unapologetic.

Your best friend from the fourth grade.

I just picked my cousin, Lace, up from the airport and we laughed till we cried breathless… because it’s Lace; that’s what caused it. Nothing more or less.

“I have had the wind knocked out of me, but never the hurricane.”
-Jeffrey McDaniel

What would you do if you knew you couldn’t fail?

What’s one thing you love to do more than anything else?