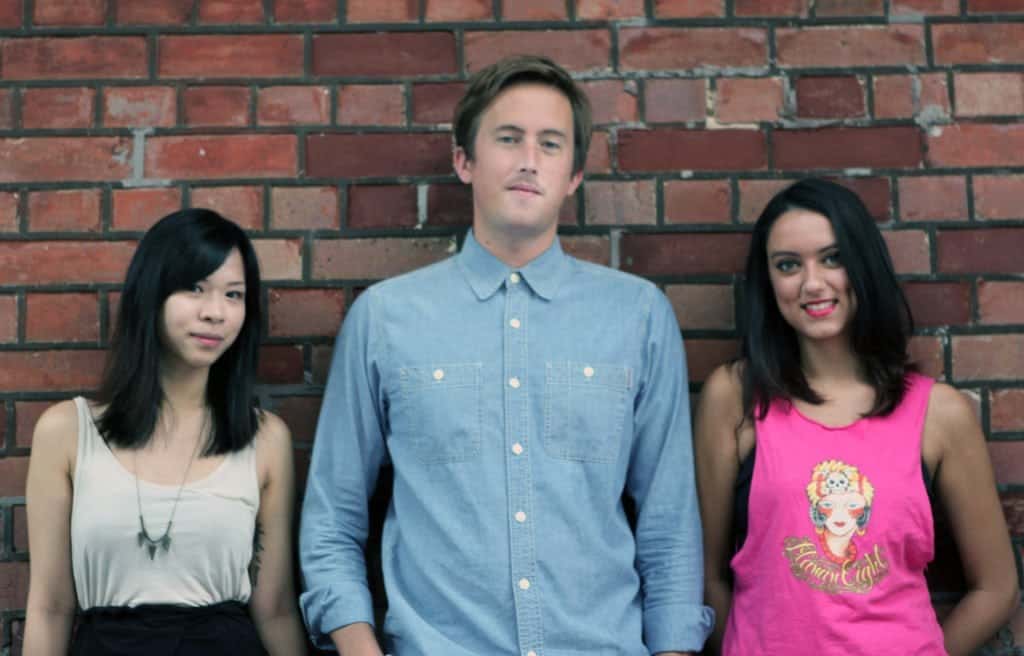 [quote style=”boxed”]Stay humble, you’ll make more connections, get more references and be looked upon more kindly by your peers.[/quote]

Hailing from London, Australia and Singapore, these twenty-somethings first met as participants of the BBH Barn (Asia-Pacific) 2012. From there, Rhys, Scarlett and Sarah set out to “do something good, famously” – and that’s how Social Rehab was conceived and launched in July 2012, in Singapore. It aimed to get people to connect with life outside of their smartphones. The campaign launched the Social Rehab Kit, which consisted of four main items that got people to connect with their friends in real life – Instagram Glasses, Twitter Notepads, Draw Something doodle pads, and Like Stickers. A limited run of 100 kits were mailed upon request via the campaign website. Otherwise, anyone around the world could download a free template and make their own Social Rehab Kit. By inviting people to check themselves or their friends into Social Rehab, the project presented the issue in a lighthearted manner and got people to translate digital interactions into tangible actions. It was incredibly well-received, garnering media coverage from trade and media publications alike. Social Rehab rounded off with a physical event that invited people to put their phones away in a phone locker for an evening at a popular bar, attracting over 400 participants. The initiative has since continued to receive support from all around the world, making Rhys, Scarlett and Sarah one of the first to acknowledge the issue’s prevalence in a digital age. Today, they hope to bring the project to life in other parts of the world, whilst pursuing their own careers in advertising.

Scarlett: I am currently working with the Young Creative Council in London as well as completing work placements in advertising agencies.

Where did the idea for Social Rehab come from?

Scarlett: Social Rehab came from my hatred for Rhys whenever he ignored me for his twitter feed. It was such a habit for him to do and he thought it was acceptable behaviour so we set out to change it.
Rhys: As Scarlett said, I was one of the catalysts for Social Rehab – and not necessarily in a good way!

Scarlett: I am working in a start up agency so it is a lot of fast-paced pitch work. Plus sneaking off at lunch for the odd book crit!

Sarah: Mostly work, can’t function if I miss any meals, punctuated by short breaks to catch up with Twitter and other sites I follow, some TV time, repeat.

Scarlett: You just have to make things happen. If you believe an idea is good enough then it is worthwhile. It takes a LOT of hard work but with the right amount of organisation and some shouting you can get a lot done. And you would be surprised how much stuff you can get done for cheap if you’re a non-profit.

Rhys: Scarlett nailed it, the implementation part is the easiest – you’ve just got to jump in and get it done. The hardest part is the late nights building up to launch, crafting, manipulating and sometimes completely re-writing ideas. You’ve just got to have the passion, everyone wants to succeed in life, but many don’t really have the commitment to truly succeed.

Sarah: Know what you want out of it, and work with people who want the same things as you. Unless you’re capable enough to do it all on your own, who you work with really matters and I’m glad our team got that right.

Rhys: 3d printing, nerdy… I know, but it is so damn cool and the ramifications for business are endless.

Scarlett: I worked in a bank call center collecting peoples overdue loan payments. I learnt never to mess with the bank.

Rhys: I don’t think I can name a ‘worst’ job – They’ve all had an effect on how I do business today and wouldn’t take any of them back.

Scarlett: Nothing. I like who I am and where I have ended up.

Sarah: I’d learn a couple of other languages and an extreme sport.

Scarlett: I would be reluctant to call myself an entrepreneur… but maybe that demonstrates my point. I am always overly self-critical and never talk highly of myself or my achievements. Stay humble.
Rhys: Stay humble, you’ll make more connections, get more references and be looked upon more kindly by your peers. You can have all the money/fame in the world, but if you’re ‘that’ guy who brags about everything your achievements will always be seen in a different light.

Scarlett: We lost a team member in the concept stages of the project. Social Rehab had not yet been born so it was early enough to just pick ourselves up and move on. We spun it into a positive by saying there was less baggage in the team and only the strongest were left standing.

Rhys: I’ve lost little bits of money here and there, but you’ve got to see that as an investment. You will fail, everyone does, the smart ones turn any loss into a positive by learning from it.

Sarah: Yes, losing money! But I learnt that what you get back from what you put in doesn’t always have to be money. As long as you learn something from it, or meet somebody who helps you along in the future, it’s OK. It takes time to break even.

Scarlett: Vending machines that refill your old bottles. Save the world people!

Rhys: A business jacket with a built in iPhone charger that builds power off kinetic energy.

Scarlett: I would change people’s attitude to mother nature. But this sort of change needs to take place over many years… With business ideas such as above, bit by bit, it would make a difference.

Rhys: Change people’s attitudes to time management, everyone is ‘so’ busy nowadays we’re putting helping others at the back of our long list. It’s as simple as stopping and listening to that busker and flicking them a coin, or donating a few hours a month at a local shelter. We as a world are getting so caught up in our pedantic priorities our very human, caring nature is being tarnished.

Scarlett: I currently have a massive wedgie.

Rhys: I’m currently living on a blow up mattress in an empty apartment.

Sarah: Every Sunday I work out with Dance Central on Kinect.

Scarlett:
Tumblr because Its shows the most popular and current trends.
Fromupnorth.com for beautiful imagery inspiration.
Spotify premium because music keeps me sane.

Rhys:
www.browncardigan.com – Because humor is a perfect way to break up the day
www.reddit.com – Because knowledge is power and you’ll learn some very ‘out-there’ things
www.twitter.com – Because it keeps me connected to some of the worlds greatest thought leaders.

Sarah:
Soundcloud.com is where I get my electronic music fix.
StumbleUpon is great for random inspiration.
Pocket – perfect for putting my Twitter-fueled hyperlink-clicking sprees in order.

Scarlett: The Importance of Being Ernest by Oscar Wilde. The closest thing to perfect writing I have ever read.

Rhys: Purple Cow – Seth Godin, it’s a bit old now, but timeless for it’s thinking. I still scan it’s pages every now and then till this day.

Sarah: Doogie Horner, he’s a funny guy. FriendsWithYou – because sometimes we shouldn’t take Twitter too seriously, Khoi Vinh, who has a good blog and was ex-design director at NYTimes.com.

Scarlett: I have no idea. I spend most of my life laughing. It was probably a new person…they make me laugh because their sense of humour surprises me. That’s why I love meeting new people.

Rhys: Last night during one of my YouTube black holes that I lose periods of time in.

Scarlett: My Mum and Nan. They are very strong women who have influenced me a lot.

Rhys: cliché I know, but my Mum & Dad. They’ve given up a lot for me and everything I do now is to repay them later in life.

Sarah: Any woman who has built a successful career and raised a happy family.

What is your overall goal?

Scarlett: To travel as much as I can with work then settle back in London to open my own creative collective.

What is your favourite quote?

Rhys: “When you want success, as bad as you want to breathe, then you will be successful” – Eric Thomas

Sarah: Talent is nothing without focus and endurance.

Scarlett: Whichever biscuit has managed to incorporate as much chocolate in, on or around it.
Rhys: Tim-tams ‘cause they eclipse any biscuit in any region, ever.
Sarah: Digestive biscuits with chocolate on one side.