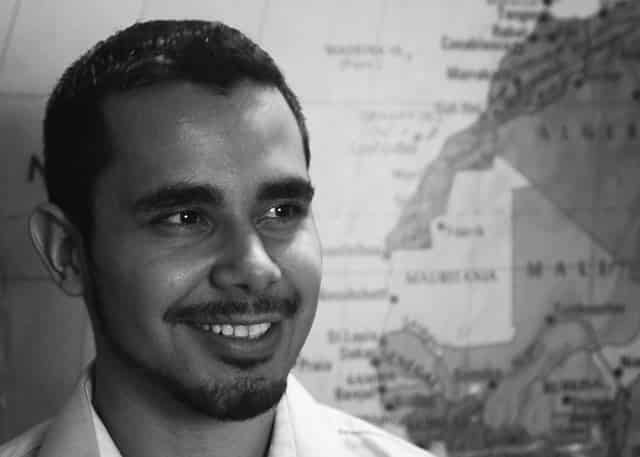 [quote style=”boxed”]There’s a difference between getting things done and getting the right things done.[/quote]

Carlos Solorio graduated at the age of 20 and began working in the Latin American mergers and acquisition group of Barclays Capital. By the age of 21, he had closed over $40 billion in merger and acquisition transactions. After two years, he left his job and traveled the world for nearly a year. He lived in Thailand, China, Hong Kong, Colombia, Argentina, Brazil and Chile. During this time, he launched the online platform for Arden Reed, a tailored suit company.

Arden Reed was started out of the dorm room of Mike Abadi. He provided bespoke suits to students in 2008. As he built out the company, he referenced his travels in Europe and Shanghai to shape the brand. The name was inspired by London’s Savile Row Tailors ,and Mike used his family’s deep knowledge of the garment industry to set up his first tailoring shops.

We’re working on maintaining the momentum that our initiatives have brought us, as well as improving our product offerings.

Where did the idea for Arden Reed come from?

My partner, Mike Abadi, came up with the idea when he started interning at Lehman Brothers. He was an odd shape and most suits didn’t fit him. He had to go through a ton of effort to get one tailored while he was traveling. Other interns took notice and started buying tailored suits directly from him. The business has blossomed ever since.

We’re always looking for ways to make the customer experience even better, and I shape my day towards that end.

Getting Things Done by David Allen has really influenced the way I work, and I can say I’m significantly more productive than when I worked at my corporate job.

We’re finally starting to see tangible solutions in the ecommerce space. For men especially, this is going to make the shopping experience much more convenient and satisfying.

I worked the night shift at a data entry firm during high school. I’d go to work at 10:00 p.m. and leave at 4:00 a.m. I still have no idea why they hired a 16-year-old student. I learned that there’s a difference between getting things done and getting the right things done.

I probably would have quit my last job a year earlier. Once you stop learning, it’s time to move on.

Every day, I list out what I want to accomplish. Then I reference that list and go through an “EDP” process, where I eliminate, delegate and prioritize.

Ha, I usually keep a list. In the end, it’s all about the execution, but here are a few:

I really enjoy traveling alone for some reason.

Asana, Evernote and Lastpass. I love tools that help me stay organized.

Getting Things Done by David Allen.

My dad. He started his business at the same time I did, and I’m proud to say he’s been even more successful than me.