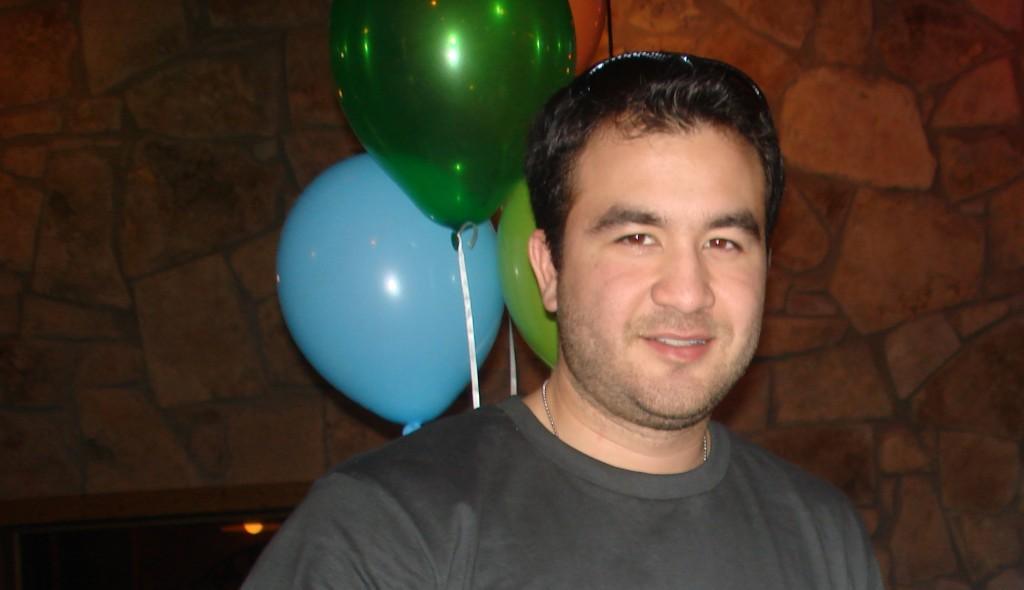 Carlos Vazquez served 7 years in the U.S. Army and U.S. Army Reserves, including two deployments to Iraq.  He’s a graduate from the University of Texas at San Antonio and has a Bachelor’s degree in Business Administration.  He has always been interested in how people interact with technology in their daily lives. Armed with the knowledge that the 3 things people always carry with them are their keys, wallets and cell phones, he founded Rowdy Marketing.  Rowdy Marketing empowers businesses and organizations to connect with their audiences by providing a text message marketing platform as well as native Android and iPhone apps that can be used to leverage the power of mobile devices.

Carlos has always had an eye for business.  At age 12, he entered the local newspaper’s competition aimed at 15 to 18 year olds to sell subscriptions door-to-door. He ended up in fifth place, earning him not only commissions, but also 2 tickets to Walt Disney World.  While he was an undergraduate, UTSA was the largest NCAA Division I school without a football team.  Knowing that a football team was in the works and that school gear sales would grow, Carlos and co-founder Nick Terry set out to create a uniquely identifiable product for the university.  They created the “rowdyhead,” which is basically UTSA’s version of the cheesehead.

I’m currently working on a partnership with another local marketing company that caters to the apartment industry to integrate SMS into its service.  Some of its clients have expressed interest in using SMS to send alerts, notifications and even deals from local businesses that want to market to specific properties.

Where did the idea for Rowdy Marketing come from?

One day I was looking up trends and statistics of mobile device usage worldwide and was intrigued by how much more Europe and Asia get out of their mobile phones.  I started brainstorming about a way to enter the mobile marketing arena and came to the conclusion that text message marketing and advertising is a highly underutilized tool.

Depending on the day, my morning workout may consist of swimming, cycling or running–followed by breakfast. The first half of my day is usually spent catching up on emails, following up with prospects and sending proposals for new business.  The second part of the day, I typically meet with clients, sometimes locally and sometimes over the Internet. Often, there are longer days that include networking events or mixers in the afternoon or evening, but it is one of the fun parts of work and I certainly look forward to them.

Call it cliché, but I’m a PowerPoint type of guy.  After getting overly excited about a project or idea, I go make a presentation and send it to people that I know will give me honest feedback and most importantly, won’t steal my idea.

I worked at McDonalds during my last 2 years of high school and believe it or not, that was not my worst job.  During my first year of college, I got a job at a telemarketing agency where I dreaded going to work and meeting hourly and daily quotas.  Looking at the big picture now, that job taught me how to deal with rejection when asking for somebody’s business.

In the beginning, I had leads but I had a difficult time following-up in a timely fashion because I was trying to do too much at once.  I would definitely delegate more and be more organized.

Get a CRM system that will grow with your business.  Start with one that offers free service and upgrade to a paid version as your business takes off.

When I was about 4 or 5 years old, we got back home after lunch and I poured my orange drink into our aquarium.  All the fish died and when my mother asked what I had done, I responded, “they were thirsty.”

There should be an app that has all on-road and off-road routes available in every major city with turn by turn directions, classified by length and difficulty. Cyclists would definitely pay for that.

The Millionaire Next Door by Thomas J. Stanley and William D. Danko.  It basically describes who the typical millionaire is.  It talks about the households and profiles of who saves and doesn’t spend money on unnecessary or extravagant things.  I think this book would encourage people to save money and live within their means, knowing that millionaires aren’t necessarily business owners or heirs to a small fortune.

If you weren’t working on Rowdy Marketing, what would you be doing?

I’d definitely be working with Rowdy Promotional Products. I would be helping out with the operations and business development, as I know expansion plans into other universities are in the works.

@REI – they post their deal of the day in addition to other contests and promotions.

@_robin_sharma – motivational and leadership tips from a great author.

@livestrong – stay current on all of Livestrong’s happenings and the fight against cancer.

This morning while watching one of the E-Trade commercials.  It doesn’t matter how many times I’ve watched those commercials, they get me every time.  That baby is just hilarious.

Mark Cavendish, he’s a British cyclist who has had a lot of success lately.  He always has something smart to say and he always gives it all for his team.

What advice would you give a small business that is struggling?

Networking should definitely be in your plans.  Find a product or service that complements (not replaces) what you offer to bring better value to your clients. Work jointly and refer clients to each other.

Without a doubt, Chick-fil-A. Not only is the food delicious, but they are extremely customer service oriented. Every time I’m there, my order is always right and they make me feel like they’re glad I’m there.