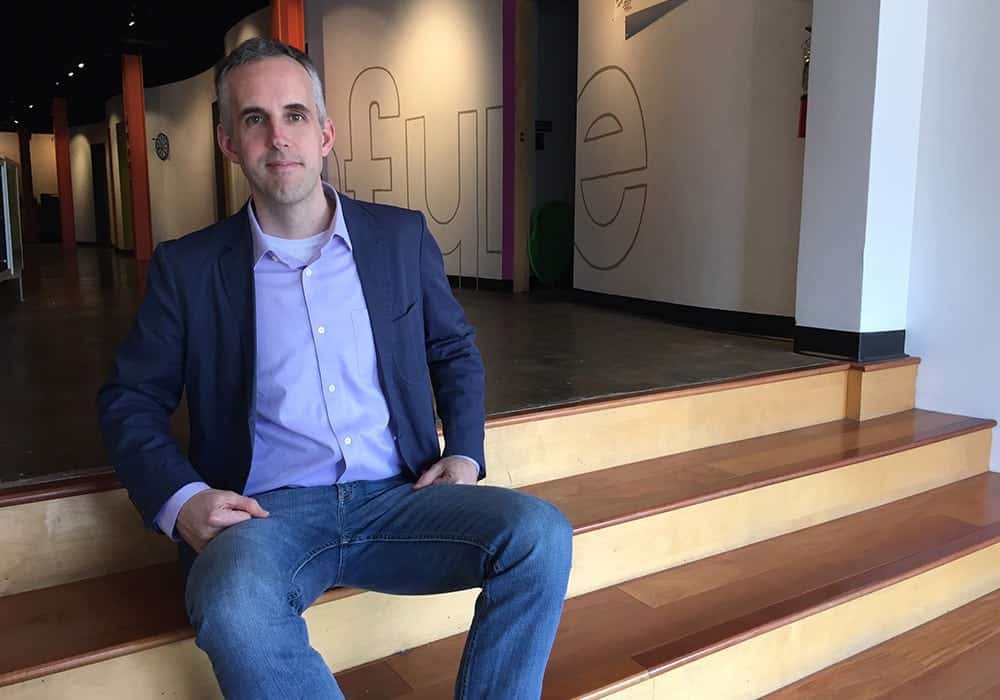 Actively listen. People often confuse hearing someone with listening and processing what he or she is saying. Most friction or conflict can be avoided by taking the time to listen and understand. Listening is also the foundation of good collaboration.

Chris Dornfeld is the president and co-founder of Bonfyre, a social communication platform helping companies build culture and engage employees. Chris is responsible for the strategy and development of the Bonfyre platform and the day-to-day operations of the company. Chris speaks around the country about social communication in the workplace and HR business intelligence.

Prior to co-founding Bonfyre, Chris served in executive roles in several startup companies, including a venture-backed health services company that grew to more than 500 people in 18 months and achieved an annual revenue of $120 million. Chris served as the CIO for the City of St. Louis, where he reorganized the city’s technology department and implemented a performance management program that saved millions of dollars while increasing transparency and productivity.

Chris has served on the boards of several nonprofits and is a founding board member of the first IT incubator in St. Louis. More recently, Chris led the creation of a national collaborative network to address STEM education in partnership with science centers, GE, and National Geographic. In 2002, while CIO for the City of St. Louis, Missouri’s governor recognized Chris for his work as chair of the Eastern Missouri Homeland Security planning committee. In 1999, when he was 28, the St. Louis Business Journal named Chris one of the “40 most promising young business leaders under the age of 40.”

Where did the idea for Bonfyre come from?

About five years ago, my co-founder, Mark Sawyier, approached me about developing a mobile social application. At the time, he was running a college marketing company, and I was an adviser to him and that company. For almost a year, our small team worked on numerous concepts and beta versions to better address the issues of privacy, control, and relevance of content.

While attending my daughter’s second-grade performance of “Peter Pan” (and wishing I had photos as good as the people in the front row had), I realized that changing how we organize content — creating unique, private Bonfyre communities — would create a more relevant and valuable experience.

Our team spent the next six months developing and refining the platform around this concept to create a market-ready version that we launched in October 2012. For the past few years, the application has improved significantly through hundreds of contributions from our team, clients, and users, resulting in a platform that’s focused on creating engaged communities of people.

Today was fairly typical. I made chocolate chip pancakes for my daughters and headed off to work. Our marketing director, IP attorney, and I met to talk about IP strategy, and I then caught up on email.

Several internal coordination meetings consumed the balance of the morning, then I had a lunch meeting with a group of HR consultants. I bumped into the CEO of another company while walking out of lunch and made polite conversation (we just hired one of that company’s top engineers). Then, I headed to a meeting to discuss strategy for an HR engagement roundtable we’re creating, then came back to the office.

For the next two hours, I reviewed data for an upcoming conference presentation and spent some time with our HR director talking about hiring plans. I answered emails, edited a contract, and completed this interview! Now, I’m getting ready to head to a company happy hour (an hour late), then head back home for a break with the family.

I typically work a few hours in the evening after everyone is in bed.

Lots of whiteboards and collaboration with smart people with different perspectives. We work collaboratively to develop ideas and then quickly move to prototypes. We actively solicit feedback and then continually improve upon the idea. Ideas are a journey as much as a destination, so I’m not sure that we bring ideas to life as much as we continually support their growth.

The development of HR business intelligence is really exciting. There is an incredible change happening as companies evolve their business models, organizational structures, and strategies. Companies are moving from managing people to empowering collaborative teams. This requires new ways of thinking, new tools, and new intelligence. Being a part of this change is very interesting, and the impact HRBI will have can’t be overstated.

Prioritization. It’s hard to both understand and keep a team focused on what will have the greatest impact. I often use note cards or a notebook to keep a list of priorities that can be updated, shared, and discussed with others. It’s simple but effective.

Scraping inks for the printing business out of huge drums in a warehouse with no air conditioning in the summer heat. It was exhausting, dirty, smelly, repetitive work. Of the dozen people I worked with, most at least a decade older than me, every person would’ve preferred a better job opportunity. The experience taught me to value education, appreciate the opportunity, and have empathy for people in tough situations.

Very little. Although my list of mistakes is pretty long, they’ve done more to shape and define who I am than my successes. And if you didn’t make mistakes, you wouldn’t have many good stories to talk about with friends.

Actively listen. People often confuse hearing someone with listening and processing what he or she is saying. Most friction or conflict can be avoided by taking the time to listen and understand. Listening is also the foundation of good collaboration.

What’s one strategy that has helped you grow your business?

Socialize your ideas with people from many backgrounds, and be deliberate in asking for constructive criticism. Ask, “What’s the one thing you would change?” or “How could I make this better?” No one will tell you your baby is ugly to your face, so don’t hold up your baby and ask, “What do you think?” Everyone will say nice things.

What’s one failure you had as an entrepreneur, and how did you overcome it?

Learning that not everyone you work with will be honest. I spent the good part of a year working with someone who covered up for six months that the company financing had not fallen into place and the project had failed. My reputation, confidence, and motivation all took a hit. It took a full year, lots of introspective moments, and a great group of friends to get my confidence and motivation fully restored. Failure, too, is a process, not a destination.

What’s one business idea that you’re willing to give away to our readers?

I’m fascinated by the potential to change service industries into truly consumer-centric businesses or business networks. From banking and finance to education, I believe these models will change dramatically over the next decade. We’re just starting what will be a disruptive, opportunity-filled marketplace. For example, banks could change to become something more like a family office that provides a holistic financial management service — even if it’s not fulfilling all of those services directly.

I purchased supplies to help construct the set for “The Lion King” at my daughter’s school last weekend, then spent five hours working with a group of parents and children building bones (that were 6 feet high) for part of the elephant graveyard. It’s a great day when you can spend the afternoon building something with friends and family that you know many people you care about will enjoy.

Two of my favorites are Typeform for surveys and Medium for blogging. Both are thoughtfully designed, simple to use, and highly effective. I’ve introduced at least 20 companies to Typeform; we integrate it often with Bonfyre.

I recently read Dave Gray’s new book, “The Connected Company.”  Dave does an excellent job exploring how companies need to evolve from a command-and-control model to more organic and collaborative networks.