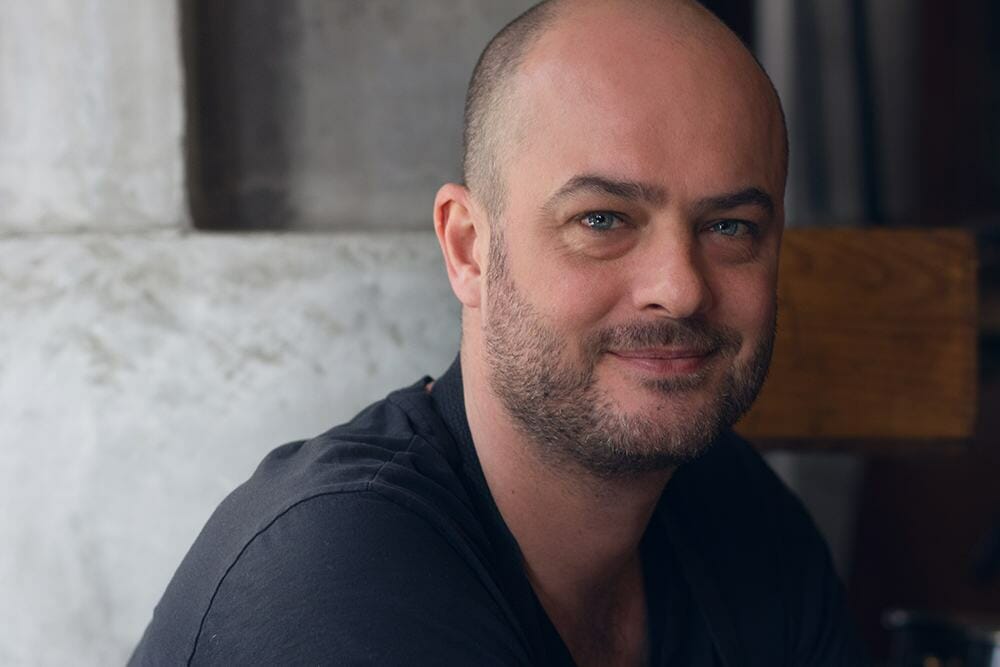 I see myself as the end consumer and work backward from there.

Australian-born Chris McPherson has an insatiable passion for wine. With over 13 years of experience, he has worked in varying positions in the wine industry from production to retail to hospitality, earning his WSET Advanced Certificate along the way. In 2006, Chris moved to New York City to take up a position at PUBLIC, a Michelin starred restaurant part of the AvroKO Hospitality Group. After two years, Chris then went on to assist the group opens their three next venues including The Monday Room, Double Crown and most recently Saxon + Parole. Chris was responsible for overseeing the beverage program for each, then later won the prestigious ‘Tales of the Cocktail’ award for World’s Best Restaurant bar’ in 2013. Prior to his move to NYC, Chris worked at the internationally acclaimed Yering Station Vineyards in Australia and The Prince Group in Melbourne. In early 2014 alongside chef Chris Rendell, Chris opened Flinders Lane, a contemporary Australian restaurant in New York’s East Village that has remained a favorite amongst local New Yorkers and Australian tourists alike.

Where did the idea for Flinders Lane come from?

I moved to New York in 2006 and, like most was hooked. Before I knew it five years went by and I was still here. The idea for Flinders Lane was hatched when my business partner (chef Chris Rendell) and I were part of the opening team for a restaurant in NoHo. We’re both from the same area in Melbourne and instantly clicked – we’d often reminisce about the foods and places we missed from home. We started to notice the amount of Australians relocating to New York on the new E3 visa and thought we had a niche market to appeal to. After a few false starts, we managed to get the doors open in early 2014 and have had great support from the expat community since.

I’m up around 7.30am and like to either meditate or go for a run to get the day off on the right foot. After I’ll scan emails for anything that needs immediate attention whilst having breakfast. I try to eat healthily and breakfast is important to set the day up right. I then head to the restaurant to do whatever needs attending to that day – payroll, repair, and maintenance, PR, and marketing, stock ordering, dealing with suppliers, etc. At 4:00pm, the focus is on the floor and service for the evening. We’re a small team and very hands on. Service with go through to anywhere from 11pm to 2am depending on the night. I’m most productive when I follow my morning routine, however realistically it isn’t always possible. I try to keep the AM hours of the day to work toward my goals and on future projects rather than responding to others in my inbox. I have all alerts on all devices switched off and don’t keep email open when at the computer to stay focused on the task at hand. I’ll post on social media for the restaurant in the morning so I’m not tempted to scroll through later and waste time. I try to use social media as a tool rather than entertainment. I’m not a fan of unproductive meetings that stretch time and patience, preferring to catch up quickly with the team or one on one to keep it short and concise. At night, I list six things to do the next day in my little Moleskin which carries over if I don’t get them done. There is a sense of satisfaction completing a small list rather than looking at an endless “to do” one.

I see myself as the end consumer and work backward from there. If I’m sitting in an industrial looking restaurant space such as Flinders Lane with concrete walls in New York’s East Village, I’m picturing what would I want to eat and drink in this setting and with who. This is going to be a different end picture than a huge space in Midtown with amazing detailed design or a late night spot in Chinatown.

Meditation and exercise – just last year I completed my first marathon in Philadelphia.

I’ve never had a job I didn’t like but being a server in the restaurant industry can be tough. You’re dealing with a new situation each time a new table sits down so you have to be good at summing up your approach almost immediately whilst staying calm in a very fast-paced environment. Working in busy restaurants forces you to deal with so many different personality types and so you pick up how to read people and communicate with them very quickly.

I would have started earlier and worked harder at being comfortable with failure at an earlier age.

Write your goals down and the path you’re going to take and HOW you intend to get there. When things get a little crazy looking at this keeps the WHY clear and concise. Clarity gives me energy. If you come to a roadblock look at your HOW and it will tell you what you need to work on.

Responding to every customer review or comment about the restaurant. A loyal customer is better than a good customer. If these guests have taken the time to write or comment about what you are offering I feel the need to reciprocate it. It’s amazing how many people are surprised by a response. When we first opened negative comments cut like a knife but we adjusted to all feedback to tweak what we offer to be a better restaurant. We see Yelp as one big focus group giving feedback. It’s not always positive but you need to take all comments on board and adjust. We’ve curated solid scores on all the major restaurant sites, which is so important to consumer confidence in what you offer.

I set up a real estate company to do wholesale real estate. I maxed out my credit cards, set up an LLC and had a third party write my business plan for me after they contacted me costing me more money. I received a shiny new business plan that I didn’t contribute to. I didn’t complete one deal. I spent money I didn’t have on parts of the business I should have done myself learning along the way. I wanted it to happen right there and then rather than building and learning from those already successful in the industry. I didn’t have a mentor and didn’t seek one out. I set out a payment plan to get back in the black and worked my tail off to do it. It took me years to write the business plan for Flinders Lane. It really honed the concept to what we wanted to achieve and helped a lot when pitching it.

Recipe costing on a web-based platform that can scan invoices and update in real time current food cost of dishes served in a restaurant. There is a huge gap in this market with limited out of date options. Restaurants are global – right now the restaurants that actually do cost out their dishes, the majority are using an Excel spreadsheet that doesn’t get updated.

The entry fee for the 2015 Philadelphia marathon. I started running late 2013 and couldn’t complete a mile without gasping air. I signed up for another marathon in early 2015 but injured myself and couldn’t finish – I was gutted. My goal was to complete a marathon in 2015 so I signed up for Philly. I trained for almost a year, set a goal, set a training plan and stuck to it. I visualized crossing the line every day and the training needed to achieve it. I never imagined being able to run a marathon and crossing the finish line felt amazing. It was really incredible to achieve something I never thought possible a year earlier.

I use Quickbooks for business. It’s simple to navigate and user-friendly. I use Upwork to outsource small design jobs and some financial services. I love how I can contact my design girl in the Philippines with a job and it’s in my inbox the next morning ready to go. We use Binwise at the restaurant for inventory and cocktail costing. It’s a one-stop hub for seeing what’s going on beverage wise in the restaurant. I find Mint.com great for tracking personal finances and keeping me up to date on a daily basis.

Traction: How any company can achieve explosive customer growth – by Gabriel Weinberg and Justin Mares. Customers are the key to any idea becoming a success. Startups have lean budgets and the world of marketing and engaging customers is changing fast. This book has some great tips from some really successful and inspiring serial entrepreneurs.