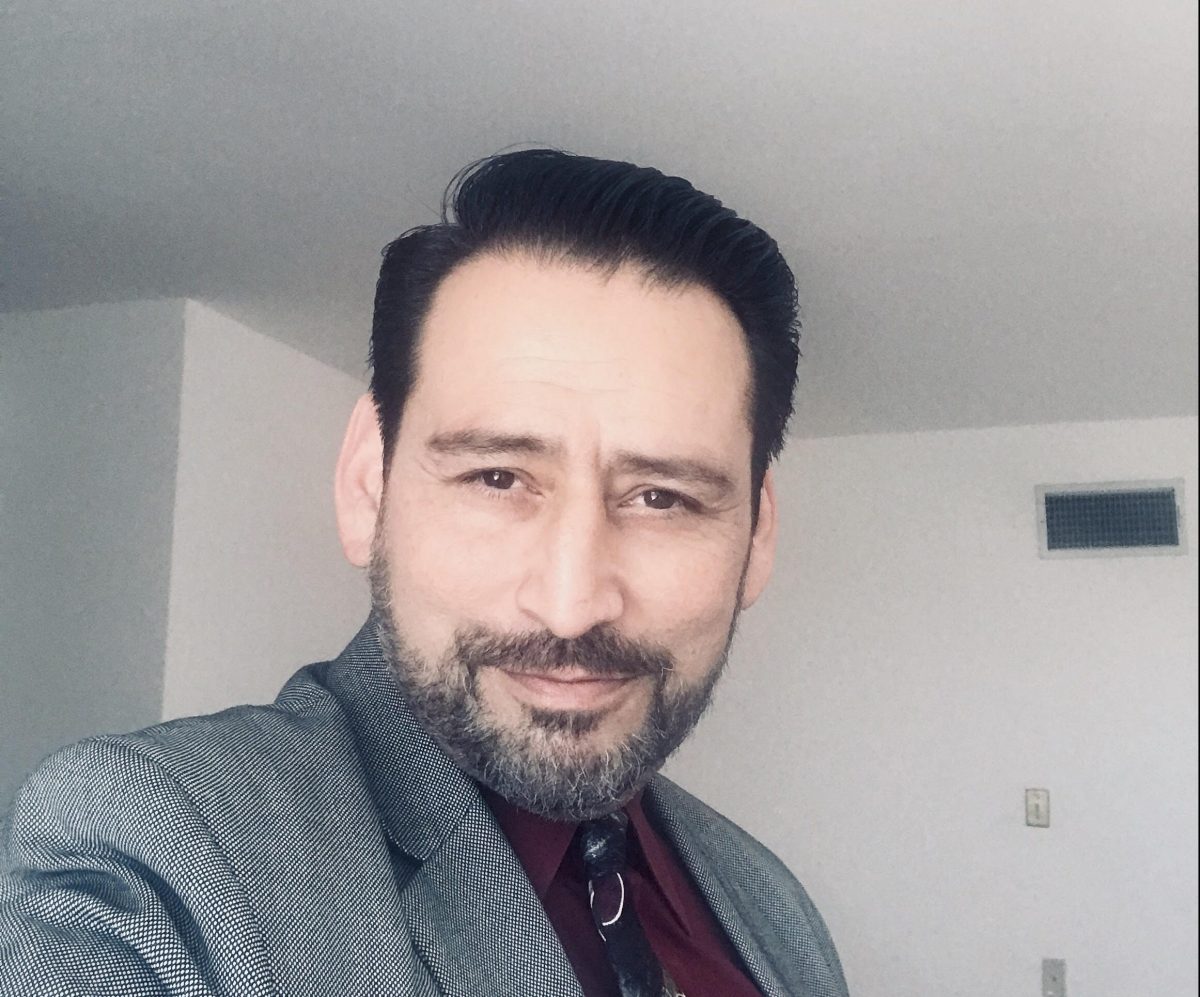 Every day you’re going to experience different challenges. Handle everything thrown your way with a great attitude.

Raised in the small farm town of Las Cruces, New Mexico, Chris Nero was an active child, participating in a variety of sports during his school years, including football, baseball, track, and basketball. He spent several summers with an uncle who was a part of the Marines, Chris’ uncle provided Chris with the opportunity to travel to many places all over the world while he was young.

With his artistic and outgoing personality, Chris Nero participated in theater growing up, and he enjoyed writing and singing songs as well as poetry. After the tragic events of 9-11, he recorded a CD in honor of America’s Troops and the incredible efforts they make every day to ensure our freedom. This father of seven still sings recreationally, and he plans to return to the studio soon for a follow up album. He continues to stay very active by working out at the gym, playing basketball and writing.

One day I had a meeting at a coffee shop here in Tucson. There was a group of older women sitting nearby enjoying their beverages, I noticed one woman had a very large purse. While I was speaking at my meeting, I saw just a flash of the face of a cute little doggy as it popped out of the purse. She then asked the waitress for some water, and the waitress returned with a Styrofoam cup of water. As she ripped down the edges of the cup so the dog could get to it, I remember thinking about all of the chemicals in Styrofoam and how the dog could get sick if they ingested any of those harmful chemicals. Long story short, the dog didn’t drink the water in the cup, the owner got fed up trying and eventually they left the cafe.

Later on, when I went to the grocery store, the scene at the coffee shop was still stuck on my mind. I thought, “how hard could it be to solve that problem? To put water in a bowl?” Very hard, I later found out. Back then, I was only thinking about the smaller size pets, like the dog that fit in the woman’s purse. When I went to get orange juice, I passed by those little Chobani yogurt cups, and I thought, has anybody ever tried to put water in a similar, sealable cup.

So that’s where the initial idea came from. The pet industry is a 100 billion dollar industry in the United States. People buy pet sunglasses, pet booties, shoes, clothes. They have pet hotels, pet cabs, and pet bakeries. It’s massive. But what they don’t have is pet hydration.

We need to keep our pets hydrated when we’re out. Whether it’s our domestic pets, or official canine partners for border patrol, state police, or canine units. These canines are out there putting their lives on the line, and I think we should give them clean, fresh water, and keep them hydrated.

I wake up early and plan out my day. I figure out what my itinerary is. I will see my kids off to school and spend some time with my wife. Then I tackle whatever is waiting for me in the workforce.

I bring my ideas to life with action. I’ll look at it, study it, plan it out, and then execute it. It’s no different than if somebody said they were going to build table. What are you going to make the table out of? Marble? Wood? Synthetic plastic? I decide what I’m going to do and then I do it. The simplest things in life take a lot of planning, even a toothpick or a pencil design, but if you’re going to plan something, plan it. It’s like the saying: if you fail to plan, you plan to fail.

I am analytically inclined to make my own trends. I’m not much of a follower of other people’s trends. I’d rather create trends.

I’m productive because of my persistence, my drive, and that I never give up. I think, ultimately, if you want to be the best in your craft, then you have to be redundant in what you’re doing so that you are the best at it. It’s just like breathing. I think you have a lot of people who start off doing one thing, but then they end up doing something they don’t want to. They’re out there; they’re everywhere. They’re not happy. I believe it’s because they gave up too soon. But you can’t quit. I think that a lot of people don’t understand that.

I would tell a younger Chris Nero to be more cautious with some of the decisions you will make. When you’re younger, and you have the ability and access to alcohol and cigarettes, if you have a big personality like I did, you will tend to do more of the wrong thing. It can be very destructive and enticing. I would tell myself to be more careful and party less.

When I tell people that they can do anything they put their mind and energy to and that it’s that simple, they often don’t believe me. For whatever reason, they will respond instead with skepticism. But I do think that if you want to do something, especially here in America, you can do it. They just need to go out and do it. It’s like the Nike Commercial. Just do it.

Wake up, know where you’re going, what you’re doing, and look your best. If you want to be a winner, you’ve got to feel like a winner. How you feel, the way you dress, and how you present yourself is how you’re going to create that winning feeling. But a lot of people don’t agree with me on that. They would rather throw on some shorts, a t-shirt, and ruffle their hair.
I mean, everybody has a different interpretation of what a winner is. So for me, I wake up in the morning, and I know what I have to do. There’s no stopping me, and I’m going to look my best and be my best.

A pivotal part of growing a business is growing interest in your business and in your ideas. I have used a few different strategies along the way and through the entire process, I have come to realize just how important that internet is. Social media outlets like Instagram and Twitter have helped me get ThirstyPets’ message to the public. When using social media, consistency is key. The content people are looking to see must not only add value to their lives through the sharing of knowledge or entertainment but it should also encour

Every day you’re going to have challenges. Some days not as much, but every day is a challenge. How do you handle that? I think you handle it with a great attitude. You wake up in the morning and be grateful that you have electricity, gas, water, a running toilet, a shower, soap, and shampoo. Be grateful you have two eyes, two arms, two legs, and so on.
So any hurdles I have are every day. Everybody has some obstacle to overcome. Wake up with a sore leg? Power through it. That’s your hurdle for the day. Have a bad headache? Power through it. Maybe you got a bad haircut or a splinter. My mother has Parkinson’s, and it’s awful; she’s dying. But that’s life. Everything is a hurdle, and every day you wake up and you be grateful. That’s how you overcome it.

I recently had a business meeting with a couple of gentlemen, and I took care of the bill.

I’m not a computer person. I have a secretary that handles all of that for me. I have no desire for all of that stuff. I’m a hands-on guy, more old fashion.

Living in the Now by Gina Lake. This is the book I would recommend for everyone because what you have is now and a lot of people let now pass them by focusing on the past and the future. It’s a great read.

“Don’t make your reality a dream; make your dream a reality.” – Unknown.

● The simplest things in life take a lot of planning, but if you’re going to plan something, plan it. Never dive in without a plan.
● If you want to be a winner, you’ve got to feel like a winner.
● Every day you’re going to experience different challenges. Handle everything thrown your way with a great attitude.
● Don’t lose your now by focusing only on the past and the future.