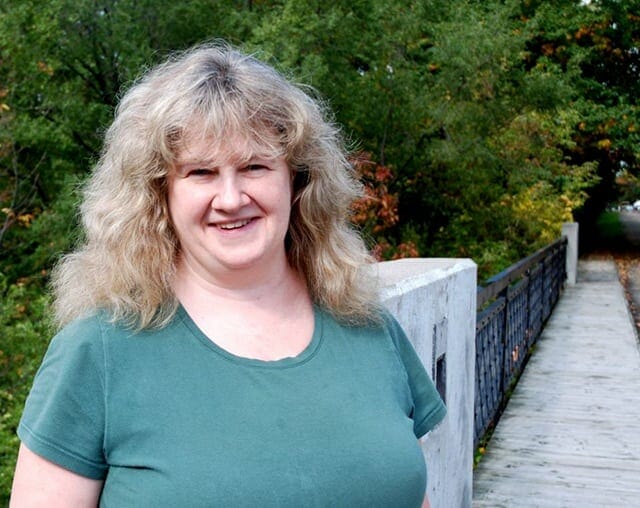 [quote style=”boxed”]Persistence: I used to try things, and if they didn’t work right away, I’d give up, telling myself that at least I’d tried. When I watched people who are good at getting what they want, I saw that often it was a matter of trying the same thing either from a different angle, or just on a different day.[/quote]

Christine Malec is a writer, and the self-published author of a historical fiction novel. She’s also a practicing massage therapist, copy editor/transcriber, amateur musician, and loves a well told story. As a researcher and writer, her interests embrace the intersections of sexuality, religion, and history, particularly from the perspective of women. Her historical fiction novel Beltane follows the sometimes racy adventures of two women as they travel from France to Scotland, where they find a country transforming itself. The Protestant reformation, and the tale of two women bound by an oath stronger than anything they’ll meet along the way, make for the perfect iteration of Christine’s favorite subjects.

Styling herself a Renaissance woman, she enjoys cultivating many pursuits concurrently. She’s traded the intense focus of the aspiring millionaire for the less tangible gratification of satisfied creativity, and lower blood pressure. While continuing to promote her novel, she is currently: working on a second novel, learning new audio editing software in order to record 10 traditional folk songs to sell on ITunes, embarking on a Ph.D. thesis editing project, and continuing to see massage clients at her home-based practice.

I’m writing a historical fiction novel set around 7000 years ago, somewhere in the mists of time between the agricultural revolution and the first known instances of writing. We know some things about this period, but there are huge, lovely gaps where a novelist can slither in and get up to all sorts of things!

Where did the idea for the novel Beltane come from?

As is the case with many writers I think, the idea started with curiosity. Being a longtime fan of historical fiction, and an undergraduate student in religion, a lot of related ideas and questions had been rolling around in my head for many years. What was it like to live through a social upheaval as radical as the Protestant Reformation? Did having your country ruled by a woman in a patriarchal society change things for other women? In a pre-feminist, pre-birth control world, women must have related to men and to each other in ways very different than what I’m used to. I’ve always loved to write. I started with the kernel of imagining the feelings and experience of an adventurous and sensual young woman in such a world, as she approached an arranged marriage: and I was off! 18 Months later I had a historical fiction novel that, in my imagination at least, suggested potential answers to these questions.

After a cappuccino with the Prime Minister and an audience with the Pope, I stop messing around and get down to some real work. Just kidding, I’ve never had an audience with the pope: well, not this one at least. As well as being a writer, I’m also a practicing massage therapist, though frankly, I don’t like to work too hard. In a typical day, I see a couple of massage clients, do some writing, take some exercise (which could mean vigorous stair climbing, yoga, or a walk through my local ravine) stay current with the e-verse, and spend quality time with my partner and/or friends.

I stretch them out on a table and run bursts of electric current through them repeatedly till they start twitching…. I generally spend a lot of time percolating. I find exercise to be an especially fertile time for cultivating and expanding on ideas. During particularly creative periods, I look forward to repetitive cardio because I know it will stimulate my imagination. Something about adrenaline and movement just works for me. After that, it’s all in the execution.

The rise in popularity of frilly iced coffee drinks? It’s an impossible call between crowd-sourced social activism, and human enterprise in space. The former is real democracy: large numbers of people speaking together on issues that concern us, and able to affect change by sheer numbers. The latter is a dazzling example of the best things humans are capable of.

Variety: I thrive on it!

It’s a tossup between telemarketing and working in an office. I hated sitting all day, and felt no sense of satisfaction in the work. I learned that I need at least some physical dimension in my day, and that I need to be able to point to a clear effect or tangible result.

This sounds trite, but: nothing. If I had made different choices, it would have been because I was someone other than who I am. As a hardcore science fiction fan, the one subgenre I dislike is alternative timeline plots. I guess I’m just hopelessly linear.

Check my email obsessively waiting for the big break! Oh wait, everyone already does this. I personally anticipate each time I open my inbox that I’ll find a message from Oprah asking if she can feature my book in her book club. Nothing so far, but I know it’ll happen any day now!

Persistence: I used to try things, and if they didn’t work right away, I’d give up, telling myself that at least I’d tried. When I watched people who are good at getting what they want, I saw that often it was a matter of trying the same thing either from a different angle, or just on a different day.

Impatience: I would get excited about an idea, and be so eager that I’d rush things. I so much wanted to see a result, that quality got traded for quick gratification. I think it’s only time and experience that has helped me chill out and take the time and effort required to produce quality work I can feel really good about.

I’d love it if someone produced a smart phone ap to use at the airport to help people share cabs. If I want to take a cab from the airport, it costs me about $60. If, in the loud and toxic fume-filled cab area I could enter an intersection into an ap and attract anyone else therewith the same general destination in mind who’d be willing to share, we could all save money, although I don’t guess cab drivers would be in favor of this innovation.

I once got the chance to briefly drive the Toronto Island ferry; the captain was angling for a date with my friend. Anything else that few people know about me is too scandalous to publicize.

My favorite piece of software is Jaws for Windows. It’s a comprehensive screen reader that allows someone who’s blind to do most of the things everyone else does with computers; email, twitter, web surfing and research, writing, editing, reading, procrastinating etc.. As a self-published author, my favorite web tools are the various platforms from which one can make one’s work available to the world.

A couple of days ago I was having trouble finding our robot vacuum cleaner. It had finished, and smugly shut itself off, and I didn’t know where it was. My partner asked if I’d tried dangling its power cord enticingly in order to lure it out of hiding!

This is a feed which sends tweets from whoever is on the International Space Station. This is arguably the most exciting adventure humanity is engaged in, and this twitter feed is an unprecedented window into it.

This feed offers an eclectic array of fun and fascinating facts each day. The pages they link to give lists, and other such digestibly sized tidbits of delectable trivia for the busy twitterist.

This feed offers a word of the day, and posts articles on language trends culled from many sources: a must follow for any word geek.