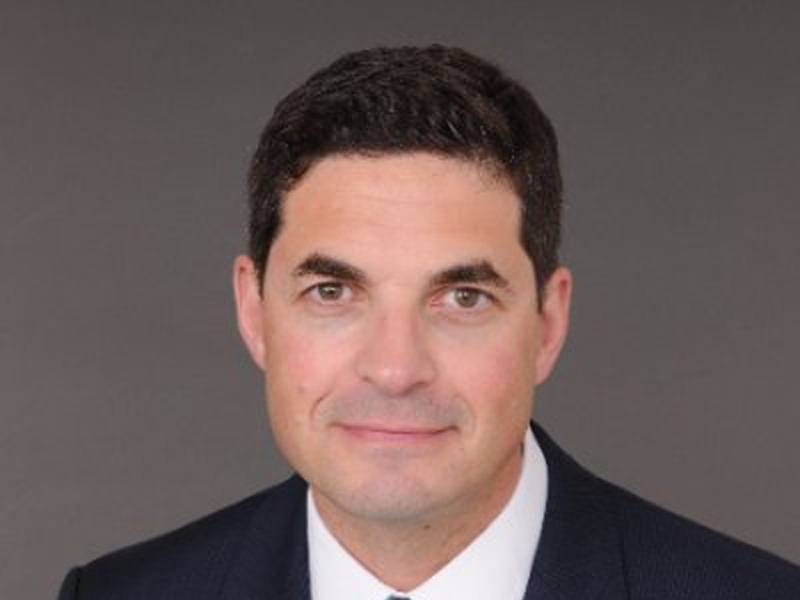 Don’t sweat every minor issue. Prioritize and focus on what really matters, both in business and personal affairs.

Christoph Seitz was born in Berlin, Germany, in 1972. He grew up in Germany through high school and became a news reporter for German print media. In 1996 he moved to Los Angeles, California and in 2006, he transitioned from journalism to sales in vehicle export logistics and worked his way up to co-own CFR Rinkens, an internationally operating vehicle logistics business with Tesla Motors as a prominent client.

Where did the idea for CFR Rinkens come from?

In the 1990s, my business partner Max used to be a classic car dealer. He worked with shipping companies in California to export his cars to Europe. At some point he decided to open up his own shipping business to cut out the middleman.

I wake up around 5am and do about 30 minutes of emails when I first wake up. Getting an early start on emails reduces inbox anxiety for the rest of the day. Then I try to work out at least 30 minutes, followed by spending time with my kids and taking my older son to school and driving into work. The rest of the day is non-stop emails, meetings, and calls. Throughout the day, I always try to work down emails as they come in, if possible. Since I primarily handle business development, the habit of staying on top of my emails helps push business forward.

I first brainstorm the ideas with key staff – if a theory holds after a good brainstorming, an action plan is created involving specific people or teams.

In our industry, more and more car manufacturers are considering ocean containers as an alternative method for shipping their cars around the world. The traditional method is Roll-on-Roll-off, where the cars are driven on and off ships that look like giant floating parking garages. Since our speciality is shipping primarily used cars in containers, the containerization trend in the new car industry is extremely exciting as we have an opportunity to grab some of that giant market share, which translates into big numbers for us. We already have one major new car shipping contract – Tesla Motors – and adding other similar contracts is the goal for this year.

Perception is everything. I used to be a news reporter, writer, and editor for a few years after High School. I am still an editor by heart, so I really pay attention to writing thorough, professional replies to emails from potential business partners and clients. I believe that complete and well-written emails make a big difference in the initial phase of developing trust and confidence in a new business relationship. Same goes for PowerPoint presentations. I obsess over making them perfect, visually and from a content perspective. I cannot stand spelling and grammatical errors.

Don’t sweat every minor issue. Prioritize and focus on what really matters, both in business and personal affairs.

Tough one. If I am wrong about something, I am ready to admit it. If I am right, I’ll convince the other side.

What I suggest may seem minor, but it actually can have fatal consequences if not practiced: I religiously check email addresses before I hit the “send” button. A couple years ago, I accidentally sent an internal email – laying out my grand strategy of how to decimate the competition – to a key competitor. It was one of the absolute worst moments of my professional life. I decided I would never let that happen again. I preach to everybody who will listen to check the send-to email addresses before hitting “send”. I also made it official company policy.

Always listen to your customers, ask them questions, and thoroughly address all their concerns and requests. Put yourself into their position. If you manage to see a given situation from their perspective, you are already way ahead of the game and growth will follow. I am always surprised how many people don’t listen to their counterparts.

Rushing into buying less-than-ideal software for a big portion of our operation. We are now spending a lot of resources to overcome the weaknesses. We have learned a lot from that failure which I believe will benefit us greatly in the future when we implement new software.

Old school: Invest into real estate on LA’s Westside, especially the area around “Silicon Beach”, Southern California’s bustling tech scene in and around Venice Beach. That development has been years in the making already, but I am convinced that the growth will only continue. There is no other place in the U.S. that combines ideal climate, chill beach life, and a hip restaurant and bar scene like that area. Most young tech entrepreneurs will prefer settling there instead of Silicon Valley, which is so bland, or the Northeast or other tech hotspots around the country.

A drone for my 5-year old. It’s such an amazing toy that I could have only dreamt of when I was a kid. It teaches immense focus and all kinds of other fine coordination skills. Plus it’s a ton of fun for both him and I to enjoy together.

Boomerang for Gmail. We use a Google hosted email service that functions like Gmail. Boomerang is an email plug-in that – among some other functions – allows you to easily set emails to pop back into your inbox at specific times. It helps to keep the inbox clean, to be very productive, and to never miss following up on anything. Use of Boomerang is mandatory in our company.

“eBoys: The First Inside Account of Venture Capitalists at Work” is one of many great business books. It’s a fascinating story about the early age of venture capital in Silicon Valley, the ascendance of some of the prominent internet companies of our times, like eBay and Priceline, and a great lesson in how to evaluate entrepreneurs and their ideas.

In business: “Morgenstund hat Gold im Mund.” It’s German and translates into “morning hour has gold in its mouth”, same as “early bird catches the worm”. It’s amazing how much you can get done in the early morning hours when most people still sleep. It’s also when my mind is most clear.