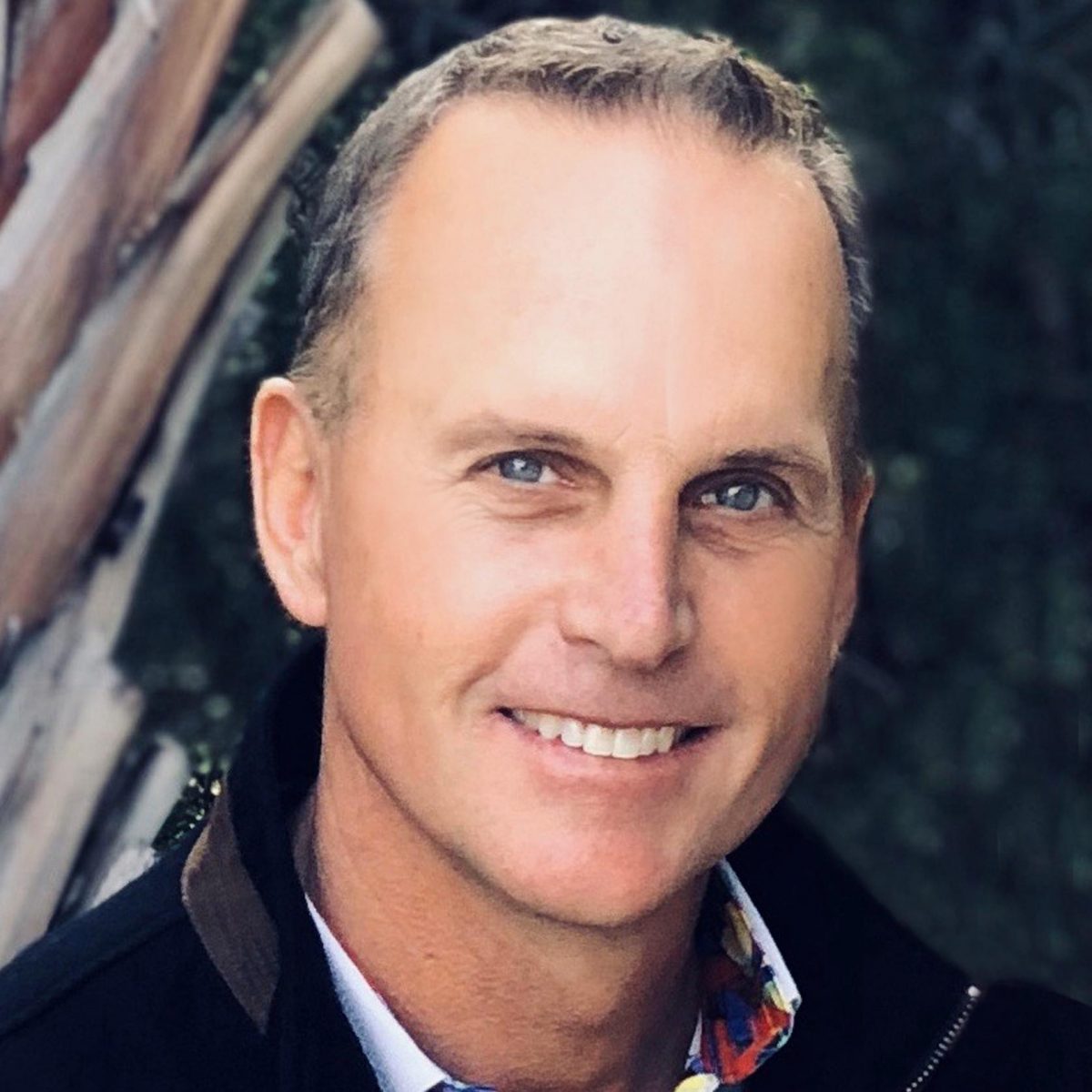 At the age of 15, Chuck Goetschel started his first two businesses. From there, he was hooked and has been a career entrepreneur ever since – primarily in the personal development, business coaching and networking fields. By the age of 30, he was a financially free living the life in Southern California.

Over the following decade, Chuck mentored hundreds of people, developed leadership-based communities by the thousands and spoke around the globe to stadium-filled audiences about business, leadership, personal growth, personal peace, and a purposeful life. He’s shared the stage with notables such as Zig Ziglar, Les Brown, Mark Victor Hanson, John Maxwell, Robert Kiyosaki and others.

Then, as can happen in life, he entered into a challenging period. In addition to choosing to walk away from a very substantial business due to some conflicts of beliefs and business ethics, he also went through a number of life-changing events. As a result, he was left with nothing but his experience and the grace to start over again. Chuck understands difficult times and knows what it’s like to come back.

The Vision
Through his experience, Chuck realized more than ever that most people are too busy trying to survive, too trapped by their routine or too focused on being accepted by the world around them that they have never really focused on living the life that they were designed to live! Henry David Thoreau wrote, “The mass of men lead lives of quiet desperation.” So, his quest began to truly make a difference.

Chuck’s vision is to empower entrepreneurs throughout the world. It’s about mindset and marketing. First, help expand the entrepreneurial mindset around serving people and solving their problems – all by using your experiences, your talents and gifts, and in line with your God-given passions. Second, it’s about marketing. The greatest idea means nothing if the message doesn’t reach the right people in the right way. And with the Internet, it’s not so much about finding the right people but rather being found by the right people.

By helping entrepreneurs develop the right mindset and the right marketing methods, a new generation of technology-savvy, purpose-driven entrepreneurs will lead the way. And, the world will be better because of it.

In February 2009, he released his first book, Simon Says – Living Your Life Purpose & Not Just Following the Crowd, in order to share his thoughts on living your Life Purpose. Through his challenging time, he had asked the tough questions and had taken a personal inventory that allowed him to get his life on track in alignment with his life’s purpose. He felt compelled to help other people through the same process, and this book was the result. It has sold over 20,000 copies with wonderful feedback and stories of positive change.

As the Social Media revolution continued developing, Chuck realized that it would continue to impact business and that the Internet wasn’t just another marketing avenue but an absolutely critical component for the future entrepreneur. Having had his first email address back in 1989 (yes it was lonely on the Web back then!), a degree in computer science, and his first website in the mid-90s, he had been closely observing the Internet evolution for a long time. Today, the consumer completely controls the reputation of business, and the Internet has created dramatic transparency in the world.

As a result, Chuck launched an online course called the Personal Passion Formula. As exciting as the Internet development is, the challenge is sorting through the maze of information shared throughout the web to know exactly what to do. For most, it’s very confusing and overwhelming. This course is the entrepreneur’s solution. It’s a step-by-step process to take you from defining your passion to securing an online profit around it. It’s taught by an academy of 20 experts through over 150 online videos, multiple worksheets and a personal blueprint business plan. People from all over the world have taken the course and transformed their lives.

In addition, Chuck received so many requests from entrepreneurs who were already running businesses around their passion but needed Internet searchers to find them online, he launched a new company, Paradigm Marketing Alliance. In time, yet another need arose in the area of social media technology and services for multi-location businesses, an idea that evolved into his current venture, Rallio, in Irvine, California.

With all of his past experiences combined, Chuck’s simple mantra today is this:

Live Your Passion. Serve Others. Change the World.

Where did the idea for Rallio come from?

My business partner, Robert Clark, and I initially opened our doors as a small local SEO firm. As experts in online marketing, social media and SEO, our goal was to help internet entrepreneurs, mom-and-pop shops and corporations learn how to maximize their online marketing efforts.

Within just a few months of launching our firm, our business was growing exponentially through word-of-mouth referrals from our happy clients. In less than a year, we had provided work to and consulted with everyone from small-town businesses that were looking for a way to keep their doors open during the recession to Fortune 500 companies that wanted to grow capital via an expansion of their online presence.

There was a missing piece, however, that quickly became evident the more that we worked with clients. Social media was exploding as a marketing medium, yet our clients didn’t have a way to easily manage and grow their social following when they operated multiple locations. Many of these businesses either didn’t have a social media presence, or their local pages lacked content, causing potential customers to question whether they were in business at all.

As such, Rallio began offering social media content that could be syndicated by franchisors to their franchisees (or by a corporate entity to their locations), local content services, as well as the technology to allow brands to schedule and manage content at a corporate and location level. Businesses that previously had little to no social presence, or whose franchisees had gone “rogue” in posting off-brand content, now have professional-looking pages filled with content created by the Rallio content team, reviews and engagements that get responded to, and continual growth and meaningful engagement with their social media followers. They also have the ability to create and schedule content themselves and manage their online presence and directory listings from one central dashboard.

I’m CEO, so there is no typical day, but in general I’m making sure the team all has clarity in what they’re executing and has the ability to do it. I’m also working strategic partnerships and further developing the company’s game plan and vision.

We have a lot of channels to bring ideas to the table — so we’re constantly garnering feedback from clients, team members and partners. We filter their input down to meaningful ideas, and then we clarify them through think-tank-style discussion. If ideas are chosen, then we will execute through our development team.

Probably the most exciting trend is the increasing integration of AI into technology. It’s going to rapidly accelerate the value that technology is providing, and it allows us the opportunity to be infinitely creative in developing products and features.

I’m always categorizing the things that are really going to make the biggest impact, so I can focus and prioritize rather than be distracted by the things that may come across my desk randomly.

In addition, I keep a daily exercise routine. Not only does it help to alleviate any stress, but it also clears my head — quite frankly, my best ideas and solutions come to me during workouts.

Find a handful of very successful people in the space that you want to be in, and develop relationships and learn from them. Use their wisdom.

I don’t like avocados. They’re wrong. And they should not be put in every piece of sushi.

We’re continually refining the end vision, thinking about where we’re going and making sure we’re in line with trends. You have to keep pivoting rather than burying your head and running hard in the other direction of what the marketplace wants. We’ve pivoted this company several times based on our ongoing commitment to solving problems rather than just selling a product or service.

Of course, the opposite of that is staying in your lane. There are a lot of shiny objects out there, and we have to make sure we don’t get too far out of our core competency.

We’ve grown by creating partnerships — finding win-win scenarios where we can add value and access another customer base, rather than go through a traditional sales channel. That strategy has dramatically increased the rate we’re able to grow.

There really haven’t been any failures, just pivots, as I mentioned. If things are ever trending downward, it’s a matter of learning how to create something that would be a better fit. The big lesson I learned is you don’t create a product or service; you solve a problem. If it was trending the wrong way, it means the problem wasn’t resonating. At that point, we ask, what sister problem could we solve and better be of service?

All glass high-rise buildings have the same problem of having a lack of control over the brightness in the offices. Some people end up with direct sunlight on their monitors, yet pulling the shades down often takes away the beautiful view for everyone else. There’s an opportunity for someone to solve this problem by inventing a simple sensor to monitor brightness and automatically adjust the blinds accordingly. Create this system, and we’d buy it!

It’s going to be tonight — a daddy-daughter Valentine date. I’ll pick her up with roses and we’ll dress up for a fancy dinner, so I can show her how to be treated right.

Slack is the most often-used tool on our team. It helps us communicate important information quickly with teammates and stay in touch with any remote employees.

The Five Dysfunctions of a Team by Patrick Lencioni, because the only way you will maximize results is to maximize the effectiveness of the team. Getting everybody on the same page is critical.

“Life should not be a journey to the grave with the intention of arriving safely in a pretty and well-preserved body, but rather to skid in broadside in a cloud of smoke thoroughly used up, totally worn out and loudly proclaiming ‘Wow, what a ride!’ ” — Hunter S. Thompson