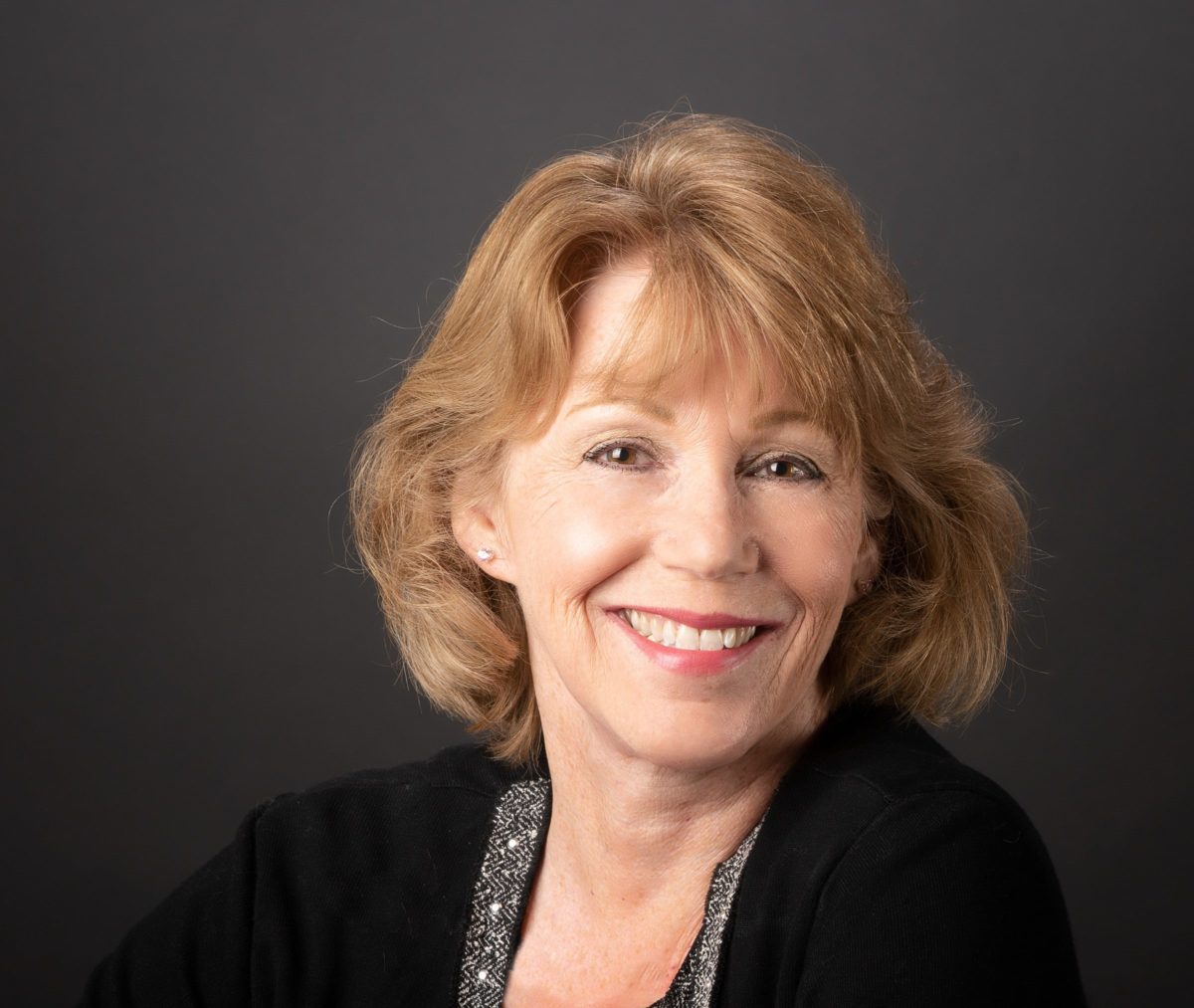 Accept the fact that failure happens and it’s not the end of the world nor does it define you as a person. Figure out what went wrong, fix it if possible, and keep moving forward. Everyone fails at some point!

Cynthia Bullock is the founder and president of B&B Creations LLC, as well as the co-founder of the primary charity it supports, Harley’s Hope Foundation. A life-long animal fanatic, Cynthia has been involved in animal welfare for over 25 years, first as an executive and board member in animal rescue, and for the last 8 years, running Harley’s Hope Foundation. Harley’s Hope is Colorado’s only multi-service safety net charity, and one of a handful nationally providing a variety of services to prevent at-risk companion and service animals from being surrendered or euthanized due to their pet parents’ financial constraints. The charity was founded in July of 2010 following the death of the Bullock’s family dog, Harley Jane, to cancer, and has since provided services to over 2,500 animals, resulting in many, many pet lives saved. Services include financial assistance with life-saving major veterinary care, training, emergency foster care for pets living with temporarily incapacitated people, and other services as needed.

Bullock came up with the concept of Colorado Kitty Pot catnip in 2010 shortly after Colorado legalized marijuana for recreational use. The Bullocks had been growing catnip on their Black Forest, Colorado property, but sold very little. Cynthia had an epiphany one day while processing catnip and listening to the news regarding people becoming rich as a result of legalized pot. Using a nickname for catnip that one of her board members used – Kitty Pot – Cynthia developed a marketing campaign for the catnip product and convinced the charity’s board of directors to create a social enterprise to raise more funds for the organization. Since the 2013 Black Forest Wildfire devastated a large part of the Bullock’s property, the catnip is now purchased from an organic farm in the Northwest.

After 3-1/2 years as part of the charity, the board decided to “sell” the catnip business back to the Bullocks, who now run it through their LLC, B&B Creations. This transfer removed business expenses from the charity’s financial records, but allows B&B Creations to donate back 100% of its net profits. It has also allowed the Bullocks to invest their own money into expanding the product line, planning to participate in pet industry trade shows, and moving the company into a more profitable corporate structure, which ultimately should result in greater donations for Harley’s Hope Foundation.

Prior to founding B & B Creations and Harley’s Hope Foundation, Cynthia spent over 20 years in the nonprofit sector. This experience included a great deal of time in animal welfare, human healthcare, and public radio. She also spent 8 years serving as adjunct faculty in Regis University’s Master’s of Nonprofit Management program, a degree Bullock has held since 2003. She has also obtained Certified Fundraising Executive credentials, and has served on several nonprofit Boards.

Harley’s Hope Foundation is named after one of my former rescue dogs, Harley Jane. She lost her battle with cancer in July of 2010, and the charity was formed in a matter of weeks in her memory. Even though we lost Harley, we knew how fortunate we were to be able to provide her the best of care. For many, particularly seniors and people with disabilities, a pet’s broken leg, bad habit, or the person’s own medical crisis, could mean the end of that pet’s life or their place in the home.

It depends on what’s going on. I may be focused on reviewing applications for assistance, talking to a veterinary clinic across the country to verify information, writing a grant, managing a fundraising campaign, or putting out other fires. There really is no typical day when running a small nonprofit.

I imagine what I want to see happen and then work backwards to determine how to get from vision to reality. So, in the case of Harley’s Hope Foundation, I knew that I wanted to start an animal welfare organization that was unlike any other in the State of Colorado, and the country for that matter. Based on many years working in animal rescue, I knew where the gaps in services were and that was my focus – help keep pets in their homes by developing those missing services.

Crowd funding campaigns. Donors tend to feel empowered by giving in a group. They know their donation will be far more effective when combined with others.

Compiling lists. I virtually cannot get through the week and juggle all the balls in the air without my to-do lists. They may be on a whiteboard, scribbled on a piece of scrap paper, or entered into my phone, but they keep me sane and on task.

Accept the fact that failure happens and it’s not the end of the world nor does it define you as a person. Figure out what went wrong, fix it if possible, and keep moving forward. Everyone fails at some point!

That preventative services, like the ones Harley’s Hope Foundation offers, are critical to permanently reducing pet overpopulation and pet surrenders. 6.5 million pets are given up each year. 1.5 million are euthanized. And, 1 million of those pets surrenders are due to the person’s financial constraints – not because they don’t want their pet. If we could reduce that figure, more of the surrendered pets being euthanized will stand a fighting chance of being re-homed.

Evaluate your effectiveness. If something isn’t working, fix it or get rid of it. People tend to get too firmly entrenched in an idea or a vision and end up failing because they cannot let go. Change really is good.

Find a need and fill it. That is true in both the nonprofit sector and for-profit businesses. There is so much duplication of services in the non-profit sector that we have ended up harming ourselves and one another by re-inventing the wheel and not focusing on how to make the wheel turn better. I do believe more non-profits need to consolidate, focus on meeting public need rather than making individuals’ visions the primary focal point. We’re here to serve and to solve societal problems, not further our own agendas.

I’m currently looking at one service that is not working as I hoped it would. We offer financial assistance with training to prevent animals, primarily dogs, from losing their homes, People simply aren’t applying for this type of help. My theory is it is because training involves a big time commitment from the person. A veterinary issue can be resolved one way or the other in a visit or two. Temporary foster care either results in the animal being returned to their person or being re-homed if the pet parent cannot reclaim their pet. But training only succeeds if the person is engaged and willing to continue training beyond class and to be consistent with the commands. It’s sad to let go of what I still think is a much-needed service, but it’s time to move on.

In-home palliative care for pets. I have several elderly pets that suffer from major health issues. While I am comfortable with administering medications, subcutaneous fluids, monitoring blood pressure, etc., the average pet parent is not. How great would it be to not have to pack up an elderly pet that needs comfort care instead of a full-blown veterinary visit?

That would be working with a professional graphic designer on a small project rather than relying on volunteer help. I’ve worked with some very talented volunteers over the years, but you can’t always get what you need when you need it because they have full-time jobs. While spending money rather than using volunteer labor is not a popular notion in the nonprofit sector, sometimes it is definitely worth it.

Grants search engines. I use more than one and the detailed information on potential funders is invaluable, especially since a large portion of our revenue comes from foundation and corporate grants.

For people entering the nonprofit sector, I would recommend, “Understanding Nonprofit Organizations: Governance, Leadership, and Management” The book offers a well-rounded look at all facets of the nonprofit industry and actual case studies to illustrate the theories that are explored.

Dwell in possibility… Emily Dickinson. We have a tendency as we age to dismiss creative ideas in favor of the tried and true. I do believe that most any idea is possible to implement if you believe strongly enough and are willing to do the work.