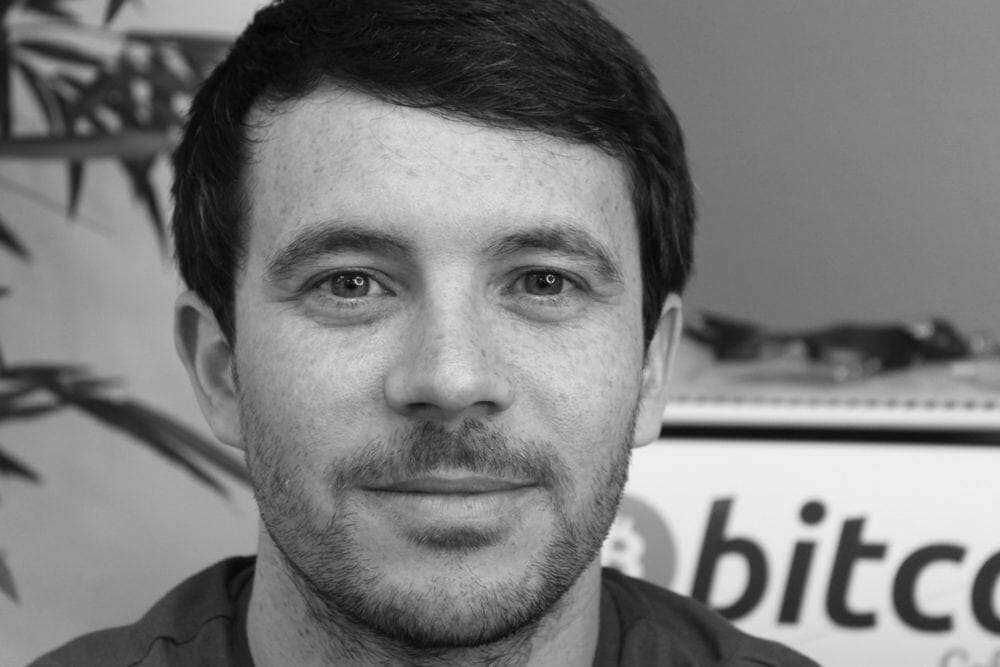 The simple but honest answer is putting in the time and effort. Bringing ideas to life requires belief, commitment, but also sacrifice.

Daniel Scott is a co-founder and CEO of CoinCorner, an online platform where people can buy and sell Bitcoin, as well as other cryptocurrencies like Ethereum, Litecoin and Ripple.

Prior to co-founding CoinCorner, Daniel also co-founded The Bug Net – a software company that developed software solutions for global companies such as Microsoft and Tunstall Health Care. This is where his interest in Bitcoin began and from here, Daniel mined Bitcoin from his co-founder’s garage for a few months until they began to blow the electrics in the house.

Daniel’s previous experience also includes time spent at multinational eCommerce companies and as a key team member at Eat It Now, an online takeaway delivery startup which was eventually acquired by Delivery Hero (a global player in the space).

While in his final year and studying for a Bachelor of Computer Science Degree (Honours) at Lancaster University, Daniel lectured and taught first year students about the technical aspects of computer science.

Now based on the Isle of Man, Daniel is a former board member of MDCA (Manx Digital Currency Association) and is an avid football player, (in his younger years he even played for a number of professional teams such as Blackpool and Bolton).

Where did the idea for CoinCorner come from?

While running TheBugNet, we had an idea for a different business which looked at Bitcoin as a method of payment. This sparked our interest in Bitcoin and we decided to buy a few. However, back in 2013 buying Bitcoin proved quite difficult to do, so we decided to mine it instead. Unfortunately (or fortunately!) as interest in Bitcoin grew, mining became unrealistic without lots of ASICS and cheap power, but we recognised that there was a gap in the UK market for a safe and simple place to purchase Bitcoins.

There’s no such thing as a typical day when you work with Bitcoin! It can range quite dramatically depending on what’s going on in the industry. I’m usually in the office between 8:30-9:00am. I spend most of the day trying to get some code written, only to find myself distracted by emails, meetings with various potential partners and industry curve balls (like the recent announcement from Google that they are banning cryptocurrency adverts on their Adwords platform!)

I tend to stay in the office until about 6:00pm, at which point I’ll head home and cook dinner with my fiancé while we watch catch-up on our favourite TV programs. She usually shouts at me for being on my phone too much as I spend a lot of time in the evenings reading up about the industry, but when you work in an industry as exciting and fast-paced as ours, you need to be aware of everything that is going on in order to stay ahead.

I hit one of our Software Developers with a big stick until he gets my vision right! (Joking!)

The simple but honest answer is putting in the time and effort. Bringing ideas to life requires belief, commitment, but also sacrifice. CoinCorner didn’t just happen overnight – there have been many long days (and even longer nights) to make it the success it is today.

What is one trend that excites you?

Bitcoin! This is an easy answer as I work in the industry, but the whole concept behind Bitcoin is such an exciting opportunity. The industry is moving in the direction of reinventing finance as we know it and I believe Bitcoin will become the foundation that a lot of new and exciting products and technologies can be built upon in the future.

Wearing my headphones for sure. As a software developer running a business it’s easy to be distracted by the general day-to-day tasks. I will quite often have “headphone days” where I tell the team not distract me for the day so I can get some code written! These days are certainly the most productive.

What advice would you give to your younger self?

Always say YES! Even when something may seem to difficult or out of reach, saying yes almost always forces you to find a way to achieve the goal and open up new learning experiences.

Keep learning. Every day is a learning experience in any industry, but as a startup in a new cutting-edge industry, our team is constantly learning every single day. I spend most of my spare time reading about the industry, the technology and the competition.

We have even recently introduced a “weekly news chat” in the office. Every staff member brings one piece of industry news to the group and we sit together for an hour to discuss how the news may impact the industry and our company. The aim of this is to educate the whole team and help our newer members of staff who are often fresh to the industry.

Persistence. Myself and the other co-founders believed in the industry and our company so much so that over years we have continued to push through the hard times, and the “Death of Bitcoin” on numerous occasions. This persistence has helped us to come out the other side of what is now a booming and disruptive industry.

Stackoverflow – Developers would be lost without it!

“Mastering Bitcoin“. This book may be a little too technical if you are new to cryptocurrency, but as Bitcoin is quite the hot topic at the moment, this book gives a good overview of what Bitcoin actually is. It breaks down the complex technicals very well and helps to give readers a solid understanding of what Bitcoin and the Blockchain are useful for, not only now, but potentially in the future.

“It takes 10 years to make an overnight success.”