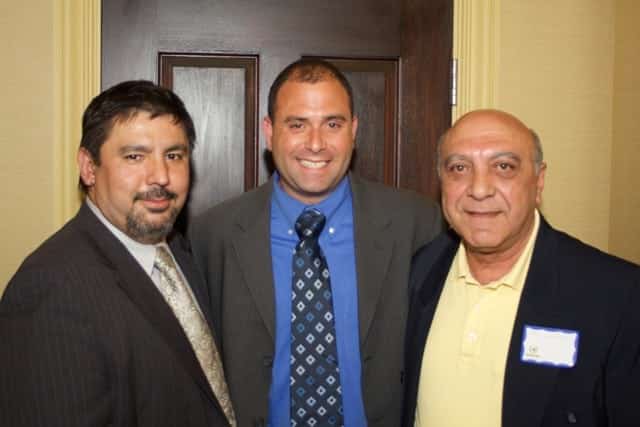 Darius Shirzadi was born in New York City on July 14, 1972 to Evelyn and Faramarz Shirzadi. He grew up in Staten Island, New York until he was six years old, at which point his family moved to Chappaqua, New York in Westchester County.

Darius attended high school at Horace Greeley High and was an all-star soccer player for the high school and New York State. He worked several jobs as a teen, including cashier in a super market, salesperson for a ski and skate shop, as well as various jobs where he learned the importance of hard work and how to make money, including working for his father’s export business and for his neighbors (raking, shoveling, and picking weeds in their gardens to make money on the side). Darius worked during the summers at a YMCA camp in Lakeville, Connecticut called Camp Sloane all the way through college, which is where he first learned he had a talent for working with kids.

He excelled and enjoyed mentoring, coaching sports, and teaching youth from all different backgrounds and ethnicities. He attended Clark University in Worcester, Massachusetts and was a member of the men’s soccer team, winning Most Improved Player three years in a row. In college, he coached on several youth club teams in the Worcester, Massachusetts area in addition to being a writer for Soccer New England.

When he graduated college, Darius moved to Providence, Rhode Island, where he went to work as the General Manager and Assistant Coach of the Rhode Island Stingrays semi-professional team in East Providence from 1995-1999.  He then went on to work with the New England Revolution of Major League Soccer as an intern in 1995-1996 and then as its Director of Latino and Cape Verdean Community Marketing in 2001-2002.

In 2002, he went to work for the Cooley Group, which manufactures flexible coated membranes for the roofing, sign, military, and industrial/environmental markets, where he still works today.

Darius started Project GOAL in 2002, a non-profit that uses sports (specifically soccer) to keep kids from the inner city focused on staying in school, achieving academic excellence, and pursuing opportunities for higher education by teaching life skills like accountability, responsibility, and respect. Project GOAL has been recognized as a grant recipient of the US Soccer Foundation for programming in urban areas and also of FIFA’s Football For Hope grant program twice in the last four years. Project GOAL is also a member of StreetFootballWorld located in Berlin, Germany.

Darius is the father of two sons, Ariel and Adrian. He also has two sisters, Nurine and Caroline, who both are nurses and work in New York City.

Firming up a 3-5 year strategic plan for Project GOAL for future expansion and sustainability, meeting my sales budget for my day job, raising my two sons as best I can, finalizing a divorce, and trying to remain sane.  🙂

Where did the idea for Project GOAL come from?

My passion for working with youth and soccer, many years of working with kids from the inner city through the YMCA and soccer, talking to people in the community of Providence and Central Falls, Rhode Island, and seeing and hearing stories about kids who had so much potential but not the right guidance to improve and seek opportunities.

Depending on if I’m traveling for work, I get up and get my kids ready for school, try to work out, get ready for work, take my kids to school, go to work, figure out how to sell and market stuff, talk to customers, go to Project GOAL, check on my kids at Project GOAL, go home and cook or buy dinner, check my kids’ homework, pay bills, fill out any grant applications or answer any emails that need answering, veg out or pass out due to exhaustion.

If it’s something I have a passion for, very easily I just bully through to make them happen. I usually do some research relating to the idea, talk to people, write some ideas and thoughts down on paper. Get feedback, then go.

Sports as a social movement. Sports can change and bring societies and communities together. They can teach valuable lessons to youth and people, open doors to opportunities, build self-confidence, and they’re something that a lot of people have passion for.

It’s something I see more and more as a growing trend in the U.S. and how it’s already a very valuable tool in other countries and continents like Europe, Africa, and South America.

Working in a supermarket. I learned a lot but I did not like the hours.

On a professional level, I would have liked to go to school more and take more classes, get an MBA or just learn more. On a personal level, there are always things you regret or put too much faith in, but I have two beautiful sons and am very proud and happy to have them.

That if you really have a passion for something, stick with it. Only you can make it happen, and it’s all about what you are willing to do to achieve it. It doesn’t always have to be about making money, but a sense of personal satisfaction that you created something that had not existed before.

Mobile phones with texting, emails, and photos. (I hear it will be all the rage in the future.)

Make sure every child has the opportunity to follow his dreams. I’m doing it right now with Project GOAL.

Wintergreen Lifesavers make sparks in the dark when you chew on them.

Facebook, LinkedIn, and Twitter – I’m able to get information out so much quicker to a vast amount of people, versus how many years ago you sent mass emails to contacts and associates. I also love being able to take pictures on my phone of my boys.

The Score Takes Care of Itself: My Philosopy of Leadership by Bill Walsh. Great book about how to be a leader and how to treat people who you want to follow you. So many different methods of being a leader, and this one speaks the most to me.

I try to laugh everyday with my kids, my colleagues at work, and the kids I coach. Just the general joy of working, being challenged, and making a difference.

My parents. After now being a father, I understand all the sacrifices they had to make for myself and my sisters. (They still do.) Also, for the length of their marriage and being able to find the right person to spend their lives with. I wasn’t as fortunate or wise, so I admire that about them.

What constitutes being a good leader?

A leader leads by example. He doesn’t talk about success, but he demonstrates how to get there and inspires others to follow in the process.

What constitutes being a good parent?

Someone willing to make the sacrifices to make sure his children have the same or more opportunities than he did growing up.