Dave Girgenti – Founder of Wish Upon A Hero 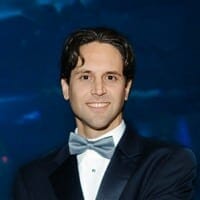 Dave Girgenti is the founder of Wish Upon A Hero, the world’s largest social helping website. Dave also serves as the executive director of Wish Upon A Hero Foundation, a 501(c)(3) nonprofit organization with a mission to grant wishes. Each year, Dave bears the title of executive producer for the Hero Awards Gala, which honors all the heroic people and businesses throughout the year.

Before focusing all of his time on Wish Upon A Hero, Dave served as the creative director at one of the most distinguished marketing firms in Philadelphia. He has won more than 65 industry awards for his creative work, and has been published in multiple design books. He was selected as a 2007 Forty Under 40 recipient from NJBIZ. In 2008, Dave had the unique distinction of being the first man ever honored with the Hero of the Year Award by NAWBO, the National Association of Women Business Owners. In 2009, Wish Upon A Hero was recognized by ABC World News with Charles Gibson as the “Person of the Week.”

Dave had the pleasure to return to his alma mater, Rowan University, as the 2009 commencement speaker. He also was honored for his altruism in 2009, at the Camden Riversharks stadium when he was asked to throw out the season’s opening pitch. In 2010, Dave was recognized by the State of New Jersey as a “New Jersey Hero” during the inauguration of Governor Chris Christie.

We are managing our website, which experiences a big bump in viewers in December as many new holiday wishes are posted. We spend a lot of time ensuring that as many toys and food wishes as possible are granted. From a technology standpoint, we are launching Charity Builder, a fundraising management tool for nonprofits. Charity Builder will level the playing field for all charities, by giving them national exposure, while also providing a quick and inexpensive solution for receiving donations.

What has been the most rewarding part of creating and building your organization?

The responses from people whose wishes have been granted make it all worth the time and effort. To personally touch someone’s life is very rewarding. Most people cannot believe a site like this exists — with people directly helping other people — and that it works … So, the response is a mixture of shock and joy. That makes the job both exciting and fulfilling.

What has been your greatest challenge, and how have you overcome it?

My greatest challenge has been balancing time. Wish Upon A Hero is not only a website, it’s an online community of individuals with 14,000 active wishes. The management of the changing technology and our growing staff is also where I spend a lot of time.

I am inspired by everyone and everything.

Social Helping is the next big trend. Through the advent of technology, we now have the ability to know who needs help and how to help them. I’m so excited about Social Helping, I would trend it three times.

Never assume you understand social media. It is like a flock of birds that instantly knows how to change direction as a single unit.

What is one book and/or tool that helps you?

Google Docs is probably one of the best tools ever created. I am surprised at the number of businesses that are not using it — yet.

What made you decide to start your nonprofit organization?

September 11th, 2001, was the catalyst for me wanting to help but not knowing how to help. That fueled my drive to create a platform that would give everyone the power to become a hero.

How can members of our community help?

Go to www.wishuponahero.com and find a wish to grant. Wishes run the gamut from prayers and cards, to baby clothes and food, to kidney donation and cars. Members can send cash, purchase items or donate a service to help grant a wish. The best part is that you know exactly whom you are helping.

What social networking pioneer would you like to meet?

Sean Parker, without a doubt. To go from creating Napster to powering up Facebook is an amazing feat. Just to have an hour-long conversation about the future of the Internet would be fantastic.

The success of Wish Upon A Hero is based on the willingness of individuals to grant wishes — and become heroes. The more people who go to the site and read the wishes, the more who will potentially choose to grant wishes. With that in mind, my wish is to spread the word about Wish to as many people as possible. Oprah, for example, reaches millions of viewers every day — and her viewers also are potential heroes. If I was given the opportunity to be a guest on Oprah, we could discuss the importance of social helping, and I’ll bet that conversation alone would result in the granting of hundreds of wishes from people in need.

Wish Upon a Hero Website
David Girgenti on LinkedIn