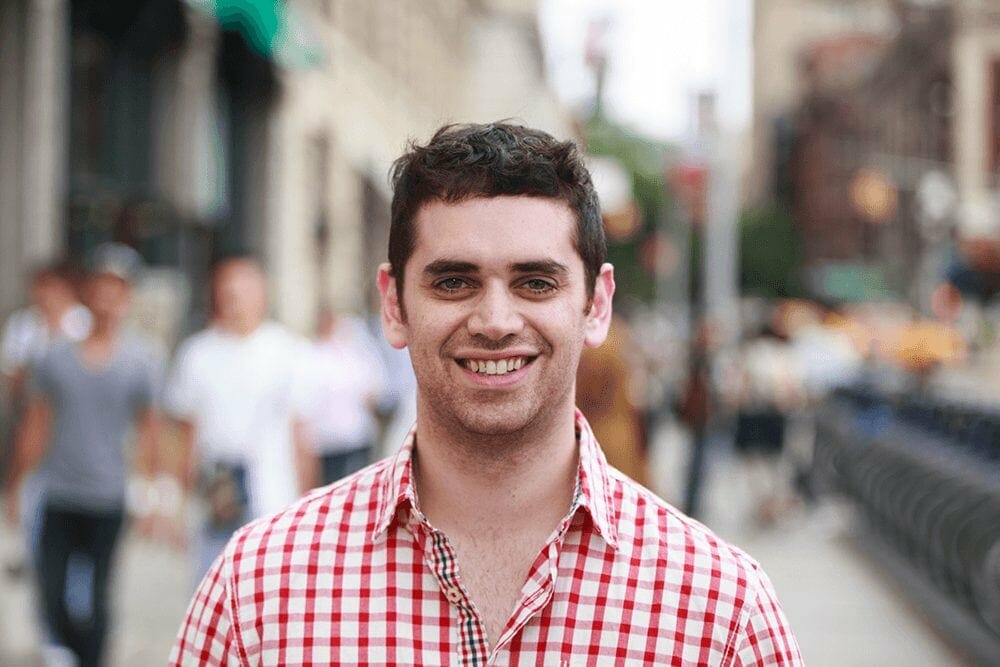 I usually draw up a checklist of items I want to get done that day. I then go down the list, stopping only for operational things such as customer support.

Dave Idell is Co-Founder and CEO of Croissant, a startup based in New York, Boston, & DC. Croissant provides on-demand access to coworking spaces in these cities via a single monthly membership. The team started Croissant as a way to fill the need they had while trying to find a decent seat at a coffee shop. Instead of always buying coffees and $4 pastries, they made it possible to just “pop in” to nearby coworking spaces as opposed to committing to buying a full time membership there.

Writing code since he was 9, Dave has always been on the lookout for the perfect place to hack from. Before Croissant, Dave was a fintech programmer on Wall Street. He was bitten by the entrepreneurial bug early on. Since before graduating college at SUNY Albany, he was engaged in many projects, hackathons, and side businesses before landing on Croissant. On any given day, you’ll see Dave reading, working out, or sipping a hot cappuccino from Starbucks.

Where did the idea for Croissant come from?

It all started back when we were working out of coffee shops. Every day, we’d go to google and search for “coffee shop free wifi” in the hopes that we’d eventually find a diamond in the rough. This means four seats together, wifi, and plugs for all of us. Finding such a spot would be like the stars aligning. We considered buying coworking seats but that proved to be too expensive. We thought, why pay $400 per person per seat when we only need these basic things, once a week. That’s when we came up with the idea for a middleground between the coffee shop and the coworking space.

I usually draw up a checklist of items I want to get done that day. I then go down the list, stopping only for operational things such as customer support. If I’m on the subway, I want to make the most out of my time, so I’ll listen to an audiobook, or read up on the latest tech news on the Reddit app. My checklist could include writing a blog post, coding up a new feature, or reconciling our bank account.

I come up with ideas at the most random times, such as in the shower, or when woken up in the middle of the night. I’ll then drop ideas into our Slack and see how the team reacts to it. A conversation forms, and we come up with next steps, whether that means scrapping the idea, or executing it. Sometimes, I don’t run it by the team and just do the thing, and then tell them later about it. We trust each other to figure out which method works best for which ideas.

I really like how everything just works on mobile nowadays. It wasn’t too long ago that I would struggle to get basic tasks done on my Palm Treo, but now even the oldest of businesses have begun to modernize en masse. Nowadays, I’m not stuck to one particular location to get business done. I can be on the beach, on the train, or in my bed. Everything I need to do gets done. What a wonderful time we live in.

A great way to free up your life is to not engage with people who are not aligned with your mission. This could be an internet hater, a relative who doesn’t understand what you’re doing, or an uninterested potential customer. By simply spending less time with these people and more time with cool people who get it, or with engaged customers, it adds up.

I briefly held a job for a company that counts inventory for large chains, such as Kohls. We would literally just scan each item on the shelf – that was the job. I didn’t learn anything from doing this. No knowledge was gained! Although I guess the lesson is to not take jobs that don’t give you knowledge.

I wouldn’t change anything. I think we’ve done a great job over the past year since we’ve started. There is still a long road ahead of us, so ask me again in a few years!

I read a lot of personal development and business books. Since the team is so important in a startup, if you go the extra mile and not only improve your technical skills, but also your soft skills, you’ll go much further.

Getting into a big publication helps. Several times along the way, a single article would be our biggest driver of traffic. All news sites have a way to submit editorials but even better than that is getting the email address of specific reporters who talk about topics related to your company. Reaching out to these reporters and pitching them on our company or a story related to it has gotten us a lot of press.

I guess you could say our last startup was a failure. It may have worked out, but we gave up on it because the opportunity to build Croissant arose. The problem was that we had this great idea in our heads but had no market validation. We spent 6 months building it but when it came time to sell it, no one wanted it. The lesson I learned is if you’re going to build something before selling it, try to minimize the time it takes to create an MVP.

I think there should be more food startups. Soylent was a big step in the right direction. I bought a couple boxes but then got sick of it after a while. Things like Blue Apron are also cool but they’re expensive. There needs to be a middleground between the two types of services. Something that is super simple and easy to manufacture like Soylent, but contains at least some of the elegance and variety of Blue Apron.

We recently spent around $100 for a tall banner & stand for a conference (TechDay). This item is always a solid buy if you don’t already have one. When you’re at a busy conference, it’s too easy for people to overlook your booth. You need something that will stand out, grab their attention, and tell them what you do and why they should care in a matter of seconds.

I’ve been getting into watching snapchat lately. Seeing clips from founders and investors in the startup community is very inspiring. I’m not sure if it makes sense for our company to have an account. I’ve been observing other company accounts though, to get a sense of what they’re doing.

Steve Jobs, by Walter Isaacson. It is a very inspiring book about a man that stopped at nothing to realize his dreams.

I also regularly watch Casey Neistat on YouTube. Seeing his work ethic in action is enough to keep me going.