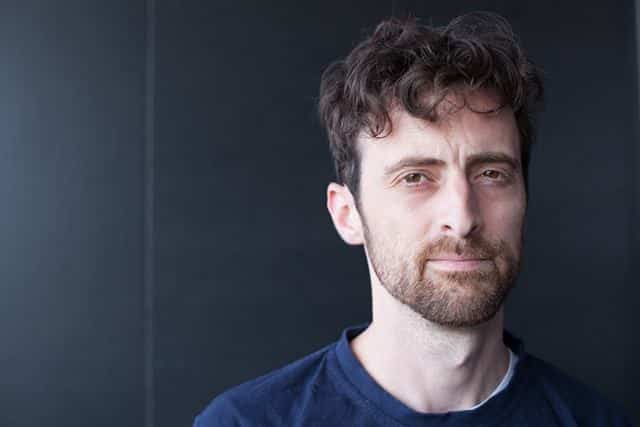 [quote style=”boxed”]Say “I don’t know”. Entrepreneurs often feel that they’re required to have vision, and that means that they should always know what to do. That’s just not true. No-one has all the information, but saying “I don’t know” gets you access to the opinions of others, and forces you to craft methods of getting information from your customers.[/quote]

Dave Slutzkin has run the Flippa team since 2009. Over that period the team has grown significantly, and so he’s served in various different capacities from development, through customer support and marketing to HR and business strategy. He’s successfully delegated away some of those responsibilities, and now as CEO, his role focuses on strategy, product, relationships and hiring.

Before joining Flippa, Dave worked at Constraint Technologies International, most recently as Development Manager. In that role, he was in charge of building and maintaining highly numerical, mission-critical software for airline crew scheduling and rostering. With colleagues, he was responsible for the modernisation of large amounts of legacy code, as well as the building of a high-capacity development team.

Dave has lived in Australia all his life, growing up in a rural area before moving to Melbourne for university. He holds a BCS (Hons) from the University of Melbourne and is currently studying an MBA at Melbourne Business School. As relaxation, he volunteers at Melbourne’s Triple R community radio station, where he does a weekly radio program on new electronic music. Dave is a keen St Kilda supporter in the AFL and follows Arsenal in the English Premier League. He loves to cook and eat, amongst a wide range of interests.

Launched in 2009, Flippa is the #1 marketplace for buying and selling websites. Each month, over $2 million in websites and domains are traded on Flippa. Over 29,000 sites, valued at more than $22 million, were sold on Flippa in 2012 alone. The most notable of these included Mark Zuckerberg’s Facemash.com as well as iPhone application Taptivate.com, news site Inquisitr.com, and Pinterest analytics site PinReach.com.

The web’s biggest marketplace for buying and selling websites – Flippa.com.

I’ve been running Flippa since we span out of our parent company, SitePoint, in 2009. In that time the team’s grown from three people to sixteen, so it’s safe to say that my role has changed a bit! As General Manager, what I’m working on now is creating the right conditions for my team to flourish. We’ve been fortunate enough to find a lot of quality people, all much smarter and more productive than me. My role is then to get the hell out of the way, and only stick my nose in when there’s some rough edge that needs to be smoothed over.

Where did the idea for Flippa.com come from?

It evolved from our parent company, SitePoint. Users were buying and selling websites in the massively popular SitePoint Forums, that turned into the SitePoint Marketplace, and then we span out from there.

It’s basically the eBay model. We help get websites sold and then we share in the value created there. So we take a listing fee, upgrade fees and a commission on sale. We think this aligns us really well with the interests of both buyers and sellers.

We’re based in Melbourne, Australia, so most mornings involve a phone call or two with our staff or partners in the US. That then rolls straight into a couple of hours of work from home, usually catching up on news, activity and emails from overnight. Then it’s time to head into our open plan office. We’re pretty democratic about opinions and processes – no-one has a monopoly on being right! – so the body of the day involves meetings and discussions to thresh out the right direction. And then towards the evening, when things quieten down, I’ll often get my head into some particularly interesting data or a bit of strategic planning.

As mentioned, we’re fairly democratic about this. They can start from anywhere in the company and eventually they bubble up into the team consciousness to the point where we have to consider them further. Everyone interested then generally comes into some broad scoping discussions, where we try to work out what we want to do and why, and then we allocate a team to work on it. This team then goes through the hard but rewarding work of specification and UX planning, until it’s at the point where we can develop, test and release it!

It’s a broadly agile process which works well for us. I like to see everything before it goes out but I don’t necessarily need to be involved with the tiny steps along the way, because I trust the team to have good product instincts.

The Internet. We’re about 1% of the way into the seismic effects that this will have on society. Already the world is unrecognisable from what it was twenty years ago, and in the coming years the net is going to make so many things possible, democratising politics and development across large parts of the world.

I’ve been lucky enough never to have a truly bad job! I worked for a few years during university making espresso coffees at the greatest sporting stadium in the world, Melbourne’s MCG. Like a lot of high-volume food service work, this was great for learning about process and efficiency. Anything you can do to reduce your walking by one step per cup of coffee makes a huge difference to your day, so you quickly learn the fundamentals of continual process improvement. Later on when I studied Operations Management I could see a really strong basis for a lot of the principles.

It took me until I was 29 to realise that I wanted to do business on the Internet. I enjoyed my jobs before that, but if I was doing it all over again then I’d be getting involved much earlier!

Say “I don’t know”. Entrepreneurs often feel that they’re required to have vision, and that means that they should always know what to do. That’s just not true. No-one has all the information, but saying “I don’t know” gets you access to the opinions of others, and forces you to craft methods of getting information from your customers.

Just after Flippa span out, I made a serious PR foul up, making the (very Australian) analogy that “opinions are like arseholes, everyone’s got one”. In hindsight, this wasn’t the smartest thing to say and that became the story for a couple of days. In practice it wasn’t particularly damaging but it certainly wasn’t ideal! Since then, I’ve worked hard to improve my communication skills – these “crises” are always learning experiences.

Personal productivity is a gold mine. My email inbox is an absolute mess. The same applies to everyone I know. I’m doing twenty different things at once and all the emails for each of them are tangled up in my inbox. Events in my calendar, tasks on my task list, tabs I have open in my browser – all of these are usually related to a single project. A product which could help me organise my workflow across all these different items would be invaluable.

I’d remove patents. They stifle innovation and divert money from productive purposes to go directly into the pockets of lawyers. They mean that developing countries have no access to new products which could make major changes to their wellbeing, whether that’s pharmaceuticals, energy or anything else. Humans are innovative by nature, we don’t need the promise of exorbitant rents to invent and create amazing products.

I spend one evening a week on community radio, presenting and curating my show on Triple R in Melbourne, focused around new electronic music. It’s the greatest station in the world. This place has amazing energy, it reinvigorates me to spend a bit of time away from daily concerns in a completely different headspace.

linkedin.com: it just works for me to keep track of my professional contacts
reader.google.com: I know RSS is dead but I still use it extensively for research for my radio show
seomoz.com: these guys are head and shoulders above in the SEO tools game

Voss by Patrick White. No, it’s not a business book, or even particularly related to business, but it is a great Australian novel. If you immerse your head in business and entrepreneurship for a hundred percent of your life then you’ll lose your capacity to innovate, so get out there and do other things with some of your time.

@snikchnz: colleague, great developer and very funny man
@lenidot: my boss, but if he has anything to say about business then you should be listening
@mnmlssgs: these guys have forgotten more about electronic music than I’ll ever know

Last night, I probably can’t go into details but it was my lovely fiancée ) who had me in stitches.

No one person stands out. I respect qualities in a lot of different people, but I can’t bring myself to idolise anyone—everyone has such a complex and multi-faceted inner life on top of their public persona.

Because I’m constantly learning from a great team of really smart people, while we get to craft an excellent product.

Because I’m interested in it and it makes me happy.