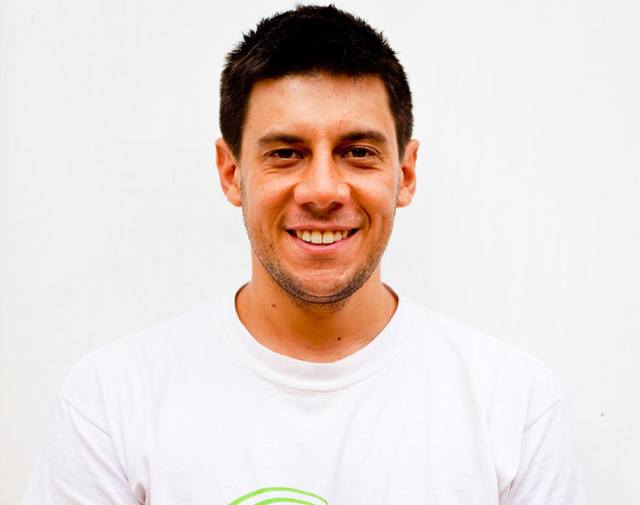 [quote style=”boxed”]Just do it! We know that our first iteration of anything won’t be the perfect answer. So we take a stab, learn from our customers and continuously improve.[/quote]

David Auerbach is a co-founder of Sanergy, a startup which provides hygienic sanitation in the slums of Nairobi, Kenya. Previously, David worked at Endeavor, a non-profit that helps high-impact entrepreneurs in the developing world. He was the Deputy Chair for Poverty Alleviation at the Clinton Global Initiative in 2005-2006 and taught in China for 2 years. David is a Legatum Fellow for Development Entrepreneurship at MIT, an Echoing Green Fellow and a Rainer Arnhold Fellow. He holds an MBA from MIT and a BA from Yale University.

I’m a co-founder at Sanergy. We are making sanitation sustainable in Kenya’s slums by building low-cost toilets which we franchise out to people living in the community. They run the toilets as a small business. We collect the waste, remove it from the community and convert it in useful by-products, namely fertilizer and biogas.

Where did the idea for Sanergy come from?

Sanergy started in the classrooms of MIT, where our team of engineers and entrepreneurs came together to think about how we could extract value from waste. We figured that if there was value to be had from waste, we could create incentives at each step of the sanitation value chain (provision of hygienic sanitation, efficient waste collection and waste conversion) so that in the end, we could solve the sanitation crisis.

Every day is different, but we’re much like any startup: we work around the clock. Mornings are generally filled with team meetings in our Nairobi HQ, then we head out to the nearby slums to work with our field staff: sales, marketing, construction and waste collection and conversion. Then in the evening, we have calls to the U.S. and Europe with partners and investors.

Just do it! We know that our first iteration of anything won’t be the perfect answer. So we take a stab, learn from our customers and continuously improve.

In my world, the most exciting trend is the rise of sanitation as a non-taboo subject. Fifty percent of all hospital beds in sub-Saharan Africa are filled by people with a diarrhea-related disease, yet no one was talking about unhygienic sanitation as being central to this. Organizations like the Gates Foundation are now bringing tremendous voices to this subject.

I’ve never really had a bad job. But I suppose the one thing I’ve learned from my work experiences is that managing people is about making them feel valued, which goes far beyond salaries and job titles.

I would have been more disciplined about managing new contacts. We meet so many people on this amazing journey and some would have been helpful now rather than 2 years ago.

I constantly ask for advice. Nobody has truly cracked this sanitation nut and we’re in fairly uncharted water. But almost all of the small problems that we face have been solved by someone. So I turn to advisors regularly to get their take. Sometimes I ask stupid questions, but at least I then have the answers that I was looking for.

There’s a lot of value in waste. You just have to be prepared to get your hands dirty.

What are your two favorite online tools and what do you love about them?

Rainer Maria Rilke’s Letters to a Young Poet. Rilke’s writings are profound reminders for me about the importance of asking the big questions in life and then answering them by pursuing your passions.

This week, NAS, “I Can” after our friends at Shining Hope released this amazing video and Kid Cudi’s “Pursuit of Happiness.” I also heard Oliver Mtukudzi live in Nairobi  last month and as our team will tell you, I won’t stop singing the one line I can remember from the song Todii.

If you weren’t working on Sanergy, what would you be doing?

I have no idea.

@nedbreslin: Ned Breslin will point you in the best direction for interesting articles on water and sanitation.

We laugh a lot at the Sanergy house in Nairobi. Laughter breathes so much energy into our lives.

I have a lot of heroes and I think that it’s important to have many people that you wish to emulate. Recently, I got to hear Aung San Suu Kyi speak. The courage and risk she has in voicing her convictions simply leaves me in awe.