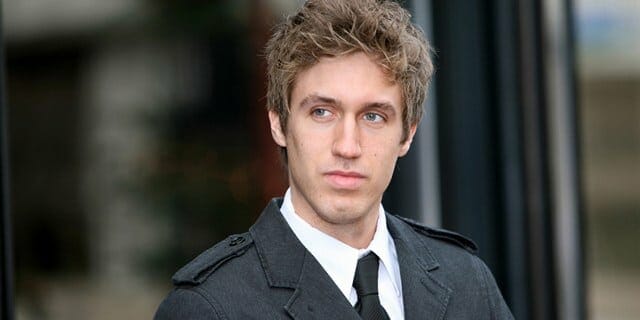 [quote]Embrace who you are.  I have a propensity to make jokes and keep things light.  I learned long ago to not suppress it.  If you have a personality, make it work for you.[/quote]

Jeff Barrett is a co-founder of Status Creative, a leader in social media engagement and the record holder for “most strikeouts in tee-ball.”  He got his start during the 2008 Obama campaign and has developed a proven and tested formula for social advertising.  Jeff is poised for a breakout year in 2012.

I am working with Angela Maiers and Jure Klepic on a global initiative called You Matter.  Angela delivered a powerful TED speech last year and has me convinced that those 2 words can change a mood, change a mind and change a heart.  You Matter has the power to change the world and it is very encouraging to see Perez Hilton and others show it some Twitter love before it goes live.

I have developed a platform that utilizes crowdsourcing and social media engagement to create consistently targeted advertising.  Attracting influencers was the buzz in 2011.  2012 is about better utilizing influencers to drive engagement for major brands and initiatives.  Advertising has always involved risk.  I’m in the business of eliminating risk–and business is good.

Where did the idea for Status Creative come from?

From a realization that we had a collective expertise that could meet a need and exceed expectations.  We created a lean startup that values connections more than infrastructure.  We could buy a large office, hire 30 employees and have offices with many leather-bound books and cabinets that smell of rich mahogany (yes, that is an Anchorman reference).  We won’t.  I would rather partner with the best and brightest globally, make connections and create the highest quality work possible.  Michael De Meyer told me something once and I have lived by it: “be a speedboat, not a yacht.”

No day is typical.  I like it that way.  I may have meetings on 3 different continents and never leave the office.  Thank you, Skype.  I’m always connected.  I can’t put my phone down.  I’m always sending proposals, networking or tweeting.

Crowdsourcing.  There is a fear in advertising that crowdsourcing will eliminate the need for some services.  Why?  Embrace it.  In the past year I have worked on a dozen campaigns that have incorporated elements of crowdsourcing.  They have consistently doubled or tripled the ROI of conventional campaigns.  Make something a strength before it becomes a weakness.

Nothing.  Well, I might have quoted Dane Cook less and not popped my collar as much in college.

As an entrepreneur, what is the one thing you do over and over and recommend?

1.  Never stop learning.  If you love your work, it will never feel like a job.   I am constantly seeking out new information and trying to stay ahead on information.

2.  Embrace who you are.  I have a propensity to make jokes and keep things light.  I learned long ago to not suppress it.  If you have a personality, make it work for you.

They are all great social media minds who are poised to do big things in 2012.  I will be speaking at CrushIQ Napa in February with Tim Moore.

When was the last time you laughed out loud?  What caused it?

I saw a QR code on a billboard.