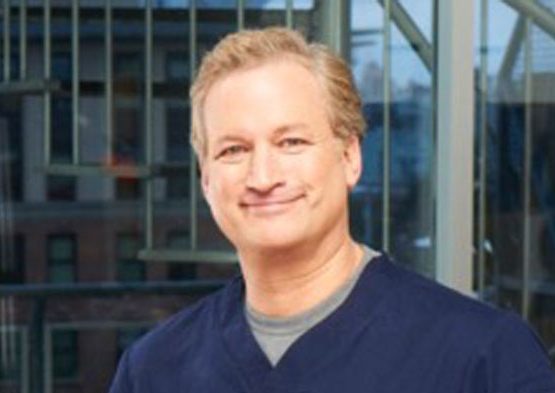 Just being present can make you productive

Dr. Hepburn graduated with his MD from the University of Ottawa in 1986, He was a military physician for five years, being a part of the Persian Gulf Was in 1991. In 1994 he was a physician to the Commonwealth Games, and in 1996, a physician with the Olympics.

He has been a team physician to the Canadian Jr. National Rugby team, two professional hockey teams and a minor league hockey team.

He has been a media physician, both in newsprint in over 100 newspapers across the US and Canada, and on radio. Since 1994, he has been a public speaker on various medical and non-medical topics. Dr. Hepburn is a member of various associations within the medical cannabis world, including the International Association for Cannabinoid Medicines (IACM), and Physicians for Medical Cannabis (PMC). He currently works as a medical advisor to Plena Global.

Becoming a doctor probably was instilled in me from my mother, she was a very kind, caring person. I like to constantly learn new things and saw that as an opportunity to further educate myself. Being involved in the care of others and knowing that you’re helping someone be healthier, and happier in their life is really quite satisfying and rewarding to me.

Going into the advisory role came about after changing my own long held beliefs on cannabis. I was raised very conservatively and I was probably the last person you thought you’d ever see in the world of cannabis. The more I listened to my patients, some in their 80s, telling me that the one thing that helped with their ailment, was cannabis, I realized that maybe I didn’t know everything.

Seeing that patients could be given something safe and taken off their medications gradually helped me change my life-long beliefs. This challenged me academically and allowed me to grow in the understanding that, yes, it works for many people in many areas. We are in the midst of a global tipping-point in medical cannabis research and acceptance now, and I find it rewarding to be in the position to help others and see this global change on the horizon.

I think the better question here would be how do I balance productivity and being present? I make sure to get certain things done. I identify what I think I need to do to make me feel that I’ve spent the day well lived and not well wasted. It also needs to be about people and not just getting things done, so that would include things that bring me peace, like being by a lake or taking a walk. Spending time with my grandchildren, or animals. Just being present can make you productive.

I’m more a walk-the-walk person. I don’t want to sit and read about things or ideas, I prefer to live it. I really just like to have that hands-on experience. Plan out the ways to do, and then act on it, don’t just talk about it.

I’m excited about where we are with regard to medical cannabis. There’s constantly in-depth research on different levels coming out daily. Also, what I find interesting is this intersection of different technologies. The world is becoming an algorithm with AI, robotics, bioengineering, Immuno therapies. There’s just so many remarkable technological advances that intersect with other fields.

There’s probably several, but exercise. I try to meditate, but definitely some form of exercise. I’d say just realizing that I don’t have to be as productive as I think I need to be. Being organized and prioritizing the things that have to be done help me realize the difference between important and non-important tasks. I don’t let myself get distracted.

Understand the need to develop your own truths and beliefs. Release the thought process that prevents you from learning. You have to be true to yourself and not to any previous teachings that aren’t going to let you be free. Focus and be fulfilled and don’t say yes to everything. Seek areas where there’s joy and regardless of your previous thoughts, know that family is priority.

I think that would be the obvious idea to those that don’t understand it, that medical cannabis does play a very important role in health care. It’s not a cure all, but it does work for a lot of different conditions. We need to be the voice of reason and understanding and not accepting of every piece of propaganda in one direction or the other.

Again, exercise. It’s good mentally as well as physically, and just on so many different levels. It plays a role in staying healthy, period. Challenge yourself, every day find some type of exercise, even if it’s just taking a walk.

I am always learning new things and I am excited by life. I think I am growing younger as I get older. You have to look for the fun in life and laugh, it connects with others. As Willy Wonka said, a little nonsense now and then is relished by the wisest men.

In the past I trusted people with finances, which led to calamity. I overcame it by coming to the understanding that two days after we die, we all have the same amount, nothing. I allowed the money to work for me, not me for it and pursued what I enjoyed and became financially secure. Changing my priorities and not focusing on the negativity of it. Of course, there was some luck along the way as well.

In general, I would say don’t compete against the world of advancing biotech and info tech. Collaborate with it and work together with things like AI, medical care and human care. The world of cannabis is in its infancy and there are so many opportunities from a business perspective. I think it’s important to understand the future instead of working in the past, so the areas of bio sensors, AI in healthcare.

Without a doubt taking two of my grandkids to New York City, to Broadway. They had never been to a place like it. There’s no question that was the best money I’ve spent in awhile. I loved being able to share that with them. I think spending for or on others is always a good thing, and money well spent.

Marco Polo, it’s an app that helps me stay in touch with my grandkids. I love Google Board, Gboard. That’s a virtual keyboard app and has made my life easier. My Apple watch helps me. Just a personal one that I use for research would be the IACM-International Association of Cannabinoid Medicine website.

“21 Lessons for the 21st Century” by Yuval Noah Harari. It touches on so much in life in a very thoughtful and intelligent way. I don’t really read books twice, but this one I have. Another one would be “Smoke Signals”, by Martin Lee. It helped change my perspective on cannabis in a well-referenced way.

Ships in harbor are safe, but that’s not what ships are built for. John Shedd

• Just being present can make you productive
• Plan out the ways to do, and then act on it, don’t just talk about it.
• Understand the need to develop your own truths and beliefs.