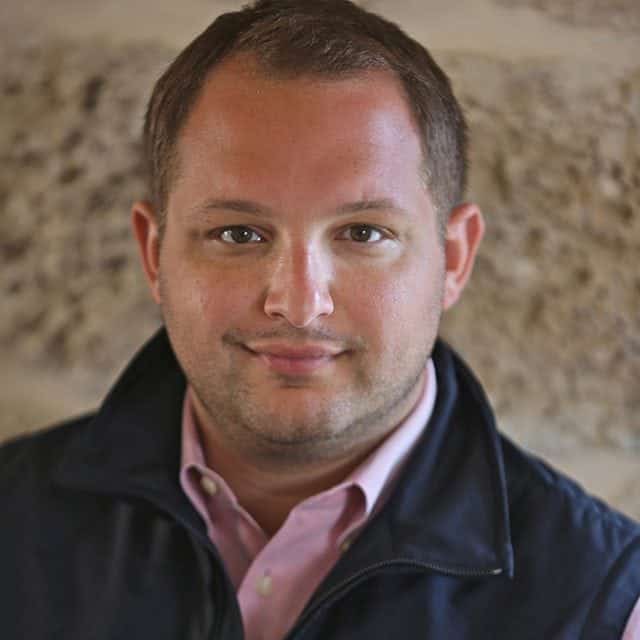 [quote style=”boxed”]I try not to overthink things, I like to sit down with my teams and have brainstorming sessions and discuss our ideas together before actually trying anything out.[/quote]

David Politis is the founder and CEO of BetterCloud. BetterCloud’s products include cloud management tool, FlashPanel, which provides superior security and management capabilities to more than 5.5 million Google Apps users in 15,000 organizations across 114 countries, and Ask the Gooru, a Google Apps and Gmail help site featuring extensive tips, tricks and video tutorials. As a pioneer in the cloud services industry, David has vast experience launching and building high growth technology companies and an immense passion for enterprise cloud technology.

Before founding BetterCloud, David was an early employee of Cloud Sherpas, a global provider of cloud services for Google Apps. As the VP of SMB Solutions, David led Cloud Sherpas to become the leading Google Apps services provider and reseller to small and medium sized businesses worldwide. He also managed product development for SherpaTools, which became the #1 ranked admin tool in the Google Apps Marketplace. During his tenure at Cloud Sherpas, David forged a close relationship with Google’s enterprise team.

Prior to Cloud Sherpas, David was the founding employee and General Manager of Vocalocity, which he grew into one of the top providers of cloud PBX technology. As General Manager, David ran day to day operations and led the company’s product strategy.

David is a native of New York City and holds a Bachelor’s degree in Economics from Emory University.

We’re always working on improving our application, FlashPanel, but the next few months we’ll be specifically focused on adding more tools for Google Apps resellers and improving the application’s design. To create a cleaner UI that is easier to navigate, we’ll be conducting extensive creative reviews with our customers to ensure we’re building a useful and appealing new layout. We’re also going to be adding to our team, the most important part of any successful company. While it’s always a challenging to find the right people, we’re very excited to grow in 2013.

Where did the idea for BetterCloud come from?

The idea for BetterCloud was hatched when I was working at a Google Apps reseller. We saw all these companies ‘going Google’ and realized Google Apps is going to be the operating system for enterprises. We wanted to give IT admins more visibility into and control over their domain by automating and extending the native management capabilities in Google Apps. The result is our flagship cloud management tool, FlashPanel.

I usually wake up at 5:30 AM, catch up on emails for a couple of hours, go to the gym, then head into the office around 9, have meetings with my team, customers, partners and Google. I try to head home around 8:30 PM and have dinner with my fiancée.

I try not to overthink things, I like to sit down with my teams and have brainstorming sessions and discuss our ideas together before actually trying anything out. Usually we’ll try the top two to three ideas that come out from these sessions. It’s really not hard to bring new ideas to life, most people just want to make sure every aspect is completely perfect before pulling the trigger, but that’s almost impossible and will take forever.

BYOD and the consumerization of IT are bringing new products into the workplace that previously would have never been considered or approved by the IT department. It’s exciting to see software startups chipping away at the huge market shares of legacy giants.

I can’t say that I’ve had any bad jobs, but my first job out of college was as the GM of a new company. Earning the respect of your colleagues when you’re 22 is challenging, but the experience taught me to be persistent and fueled my entrepreneurial spirit.

I’d step back and get out of the weeds of actually running the company and look more at the big picture. What’s happening in the space you’re playing in? Who is going to be at the center of the market? What is needed in this space? Just take a moment to think a little more before diving in. I didn’t realize how important this was until I started BetterCloud. For me, taking a step back usually means I’m able to take three steps forward afterwards.

When I’m working on a very important project I shut down my email, chat, cell phone and just work on the task at hand. It’s amazing how much faster you work without those distractions.

One startup I was involved in was focused on the consumer market, but we had an exceedingly difficult time reaching our potential customers (the product was extremely niche). After 6 months of failed attempts, we finally realized we needed to pivot the business, but instead of throwing away the product entirely, we made the tough decision to pause the business for three months and turn our existing technology into something very relevant to SMBs. The change in market immediately changed the path of the company.

A CRM for online daters

Broader access to quality education. Solving this problem is a huge undertaking, but I think technology is already and will play an even greater part in years to come. Look at what Kahn Academy and others are doing to bring quality education to a broader base. Education is an equalizer and everyone deserves thats opportunity.

Google – Search, Apps, Android, Chromebooks – our business is based around Google Apps so I’m a huge believer in what they’re doing in all spectrums and we try to incorporate as much of Google’s enterprise tools in our office. We’re 100% on Google Apps, use Hangouts for video conferencing when we can and I’ve transitioned to a Chromebook full time.

Netflix – I’m a big documentary fan so Netflix is perfect for that.

Fresh Direct – easy to order food, saves time, plus my team is happier when they have snacks.

Banker To The Poor: Micro-Lending and the Battle Against World Poverty by Muhammad Yunus. Just like access to education, I believe everyone should have access to credit. Yunus pioneered the concept of micro-lending and like education, this principle can level the playing field and diminish inequality.

The last time I laughed out loud was at a stand up show at the Comedy Cellar in New York.