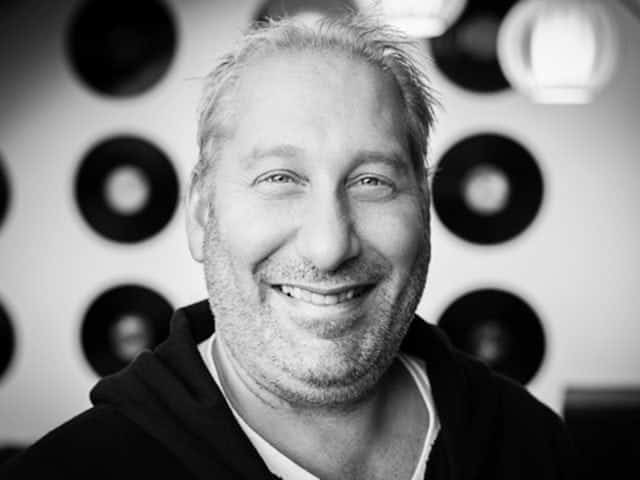 [quote style=”boxed”]Make culture a priority. I’m a firm believer that culture isn’t everything, it’s the only thing.[/quote]

Dean Graziano has more than 15 years of experience in entrepreneurial ventures, including as the founder of Visible Technologies Inc., an industry-leading online reputation management and social media software company located in Bellevue, Washington. Dean started Visible Technologies in 2005 in his apartment with two employees, and in four years expanded the company to 110 employees and $16,000,000 in revenue. In 2009, Visible Technologies was voted as the second-fastest-growing company in Seattle/Puget Sound; listed #170 on Inc. Magazine’s Fastest-Growing Private Companies; and was a Top Performer in the 2009 Forrester Wave Report. Dean led the company to more than $50,000,000 in funding, which included investors such as Joe Grano – Centurion Holdings, WPP, Ignition Partners, and In-Q-Tel.

In 2007, Dean was also part of the founding team at Reach Machines, a media-planning software company, which merged in 2008 with another local start-up called Fyreball. The combined company is now called Meteor Solutions. Meteor Solutions was acquired in October 2012 by Covario, a leading search marketing and digital agency.

Dean serves on advisory board for DrawnToScale and GunUp.com. He is an inventor and holds patents in the social media Industry, patent #7,720,835.

Where did the idea for Lively come from?

I was at an arena show in Dec. 2012 and I noticed thousands of phones in the air. The phones were distracting to fellow concert-goers and to the artists. It was there that I realized this problem could and should be fixed. A few months later, a few of us were down at SXSW demoing a beta version of Lively. When a brilliant idea comes to you, you have to jump on it with every fiber of your being.

On any given day, my phone usually never leaves my hands. I’m reading and sending emails from my desk and from my mobile all day long. I’m in many meetings with potential investors, current investors and in internal meetings with our department leads. We’ve come a long way since our inception last May, but we’re still in a stage where we’re inventing and then reinventing the wheel to make sure our product and offerings are relevant and innovative. It’s important to me than I have face time with the entire Lively team. I encourage drop-ins to my office and enjoy knowing what’s going on a day-to-day level.

Once I’ve vetted an idea myself by thinking about it from all different angles and attempt to throw myself imaginary curve balls, I run the idea by people I respect to get their honest, third-party opinion on whether or not my idea has legs. Sometimes, the idea ends there, if it’s a really good one though, I put the idea on paper and get a team of folks together to make the idea a reality.

I’m amazed by the new sharing economy between mobile and social platforms. It’s incredible how much power the pairing can have.

It’s more or less a condition than a habit, but my OCD and ADD give me an edge among other entrepreneurs. I have an endless amount of energy but my OCD allows me to create a routine where I somehow figure out how to get everything done. It’s not a science but I’ve figured out how to make sure Lively is solid business with people who work hard and play hard.

Landscaping. I learned that I’m terrible with manual labor.

I would have gone to a bigger university and leveraged its classes and alumni network.

Make culture a priority. I’m a firm believer that culture isn’t everything, it’s the only thing. At every business I’ve started I made sure to create a company culture that was inviting and a place where people wanted to work.

I’ve had success at each company by leveraging technology to scale the business. Building the necessary infrastructure up front saves time and money in the long run and allows you to reach a more broad audience.

Just one failure? I’ve had many. Being an entrepreneur means you win some and you lose many but man when you win, it’s the best feeling! To overcome a failure, I usually just lick my wounds and make sure I learned something from it. Failing is an opportunity for growth.

Here’s one off the top of my head: Someone should invent something that automatically cleans your dog or cat before they go into your house after being outside. Doing this would cut down on diseases in the home and improve animals’ health.

I love watching The Real Housewives show. Being plugged in all day, I enjoy a brainless show I can just zone out to. My wife loves the shows too so we’re able to spend some additional down time together which is always a bonus.

What software and web services do you use? What do you love about them? -My two favorites for business are Basecamp and Skype. The OCD in me loves Basecamp because it allows our entire company to be on the same page. Skype is great for having video calls to business partners across the country. I can’t imagine doing business efficiently without either tool.

Honestly, I’m not a big book reader. If future entrepreneurs are looking for advice; get out and network, find people you trust and ask smart questions. The best way to learn is through experiences, even if they’re failed experiences.

Paul Kim, CEO of Ratio. Paul is also a Seattle-based entrepreneur and a good friend of mine. He’s killing himself every day to make things happen. I believe he’s an inspiring individual and I have a tremendous amount of respect for him.