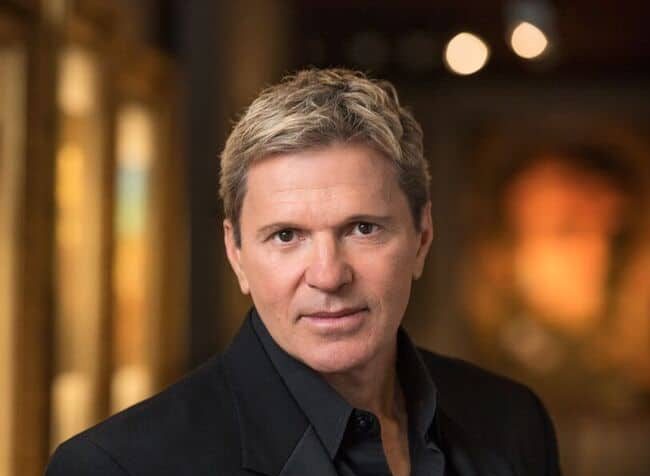 Born in what was formerly the Soviet Union, real estate tycoon and art collector Dmitry Piterman emigrated to Brooklyn with his family in 1979 at the age of 15. Showing a rare aptitude for athletics, Piterman earned a track scholarship to UC Berkeley where he continued his distinguished athletic career by finishing in the top ten for the National Collegiate Athletic Association.

In 1986 while still attending school at Berkeley, Dmitry purchased his first property, officially marking his entrance into the world of real estate investment. This initial property, which would later give way to a fruitful career in real estate investment and development, afforded Dmitry the time and funds he needed to train for the Olympics.

After marrying his wife Rebecca in 1990, the family moved to Spain, where Dmitry gained ownership of La Liga football clubs, Racing de Santander, and Deportivo Alaves—many of which achieved great success. It was here in Spain that Dmitry first discovered the work of surrealist artist Salvador Dali. Having always considered himself a “rare fish,” he found it easy to identify with someone so distinctively unique. His interest, which soon evolved into an obsession, led Dmitry to acquire several hundred of Dali’s original pieces.

In 2007, Dmitry and his family returned to the United States, where he worked to expand his holdings and investments. By 2016, he moved to Monterey. Seizing the opportunity to follow his passion for Dali’s art, Dmitry acquired a failing museum with the vision of transforming it. After considerable efforts, Dmitry successfully launched the Monterey History and Arts Association Salvador Dali to the public, who embraced it wholeheartedly. In its first year, the museum boasted sixty-thousand visitors and continues to grow daily in popularity and acclaim.

While his other achievements made headlines, his real estate empire has grown steadily in the background. In his typical independent style, he had acquired over 1,000 units as a sole owner. Presently, he is happy to be out of the spotlight and to focus on his family and stable business.

For me, the transition towards real estate investment was a matter of natural osmosis. In college I was focused on my athletic career, but it’s incredibly difficult to make a living as a track and field athlete. I needed to design a lifestyle that would afford me the long hours it takes to train for the Olympics. So I purchased four six-unit buildings. They were my first real estate investment. That’s when I first began to realize that real estate was a viable route for supporting myself, my family, and my dreams to compete in the Olympics.

I acquired the museum when I moved to Monterey, Pebble Beach. At the time, it was going through retrofitting. Realizing I had the financial means to support the existing museum as well as a vision for its future, I seized the opportunity. At the time, admission was free—but it was running on a deficit with very few visitors per month. We put in a lot of work to make the necessary changes and they paid off ten-fold. Our first week opening, the museum attracted significantly more visitors than the previous years.

For me, each day is an improvisation. I have a coffee and arrive at the gym by about 7 AM each morning. I work-out, swim, use the sauna, and socialize before leaving at around 11 AM. Next, I have lunch and recharge, focusing especially on self-expansion. Because most of my business matters are managed by third parties, I have time to center myself and find balance. I listen to Ted Talks, audiobooks, and research psychology.

After lunch, I head to the beach to spend time outdoors with my three Great Danes. In the evenings after dinner I spend time keeping abreast on world affairs—I’m a bit of a news junkie, honestly. I’m also passionate about following the topics of cognitive biases, game theory, introspective/extrospective broadness of world awareness, A.I., and science fiction.

When it comes to investments and finance, bringing an idea to life is all about cautiously measuring opportunity. It’s imperative to understand the risks and assess the benefits. If it’s a good idea, I jump right in. Often, individuals miss out on their best ideas because they’re too timid to try. I don’t have that problem. Even ideas that fail to measure up serve in the end as valuable tools for learning.

Artificial intelligence because it has drastically expedited human advancement. These days, we outsource our thinking to A.I., our phones, and other technologies. What’s known as “singularity” is merely the crossroads between technology and biological advancements.

Looking to the future, I anticipate a fusion between technology and biology. These cutting-edge advancements will quite literally become the next evolution in our biological growth. We’ll be capable of uploading and downloading information, for example. In the next 20 years, accelerated processing possibilities and increased efficiency are going to completely transform the fields of biology and technology, ultimately revolutionizing the human experience.

They say that too much analysis leads to paralysis. That might be true for some, but I’ve found that my tendency to analyze everything and understand each facet of any given situation has made me an effective entrepreneur.

“Don’t sweat the small stuff.” You’ll encounter a wide range of obstacles in business and in life, but it’s essential that you remain in control, and view every possible scenario as a learning opportunity.

I regularly and persistently ask questions and conduct research. All entrepreneurs are required to make decisions based upon their own experience and knowledge. The better those insights, the better the choice will be. When making key decisions, I dive deep by asking myself, “What do I know?” as well as, “How do I know it?”

I regularly and persistently ask questions and conduct research. All entrepreneurs are required to make decisions based upon their own experience and knowledge. The better those insights, the better the choice will be. When making key decisions, I dive deep by asking myself, “What do I know?” as well as, “How do I know it?”

My business decisions thrive on an analytical strategy. Its central focus is cash flow; I don’t believe in a speculative market and I never overreach. When it comes to investments, I prioritize embracing new ideas and making the most of new trends and technologies.

When I first started, I made the mistake of underestimating costs and overestimating returns. Since then, I’ve realized how to ask the right questions and conduct research that informs sound decisions. Now, my business assessments are multi-faceted in their consideration of cost and return. In addition to capital gain they also account for time, stress, and overall involvement.

Now is an optimal time to pursue all business concepts involving artificial intelligence or crowdsourced ideas. They offer up some of the biggest business opportunities in today’s market.

The best money I’ve spent was on a collaboration to write a screenplay with Richard Arden. It was an incredibly rewarding and creatively invigorating experience that truly enriched my life.

I absolutely love Excel. It’s so multifaceted and versatile, especially in the context of business and investments. Like many, I’m an extremely visual person. So Excel really helps me understand situations in a way that assists in the decision-making process.

Don’t Sweat the Small Stuff, by Richard Carlson. It taught me not to worry so much and opened my eyes to living in the now. I would also recommend Wisdom of Insecurity by Alan Watts, which contained some similar themes. They both really helped me cull the negative energy in my life and refocus on living in the moment.