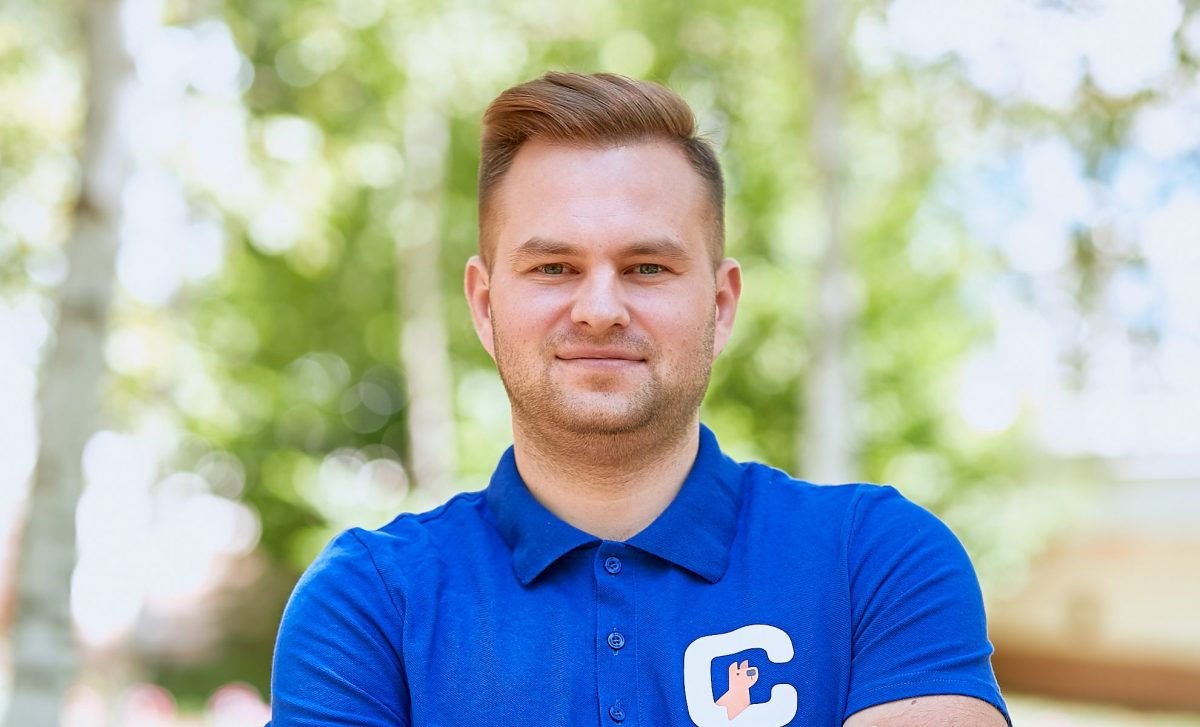 Have the patience to see your biggest ideas come to life

Dmytro Okunyev is the founder and owner of Chanty, a team chat app that makes it easy to communicate and collaborate in the cloud. Dmytro started toying with the idea of a chat app back in 2012, when he launched a start-up called iPhone Icon Design. He realized that team communication should be made easier, more flexible and powerful so that it encompasses chat, audio and video.

Thanks to his entrepreneurship success, Dmytro launches a digital agency called Digifico in 2011, with the aim to help businesses around the world develop better websites and applications. After 5 long years, he decides that it’s time to launch a messaging app that works for his team. In 2016, he teams up with founding members Olga Mykhoparkina and Nick Kamyshan to form Chanty, a team chat app that aims to simplify communication for teams of all sizes. In the past four years, Chanty has grown from a small beta project into an app used by more than 10,000 customers worldwide to chat and make audio and video calls.

At the moment, Dmytro’s focus is on working with his agency and growing the userbase for Chanty until it is recognized as the best team chat app in the SaaS market.

Where did the idea for Chanty come from?

Before I launched Chanty, I had three other companies. All of them deal with web development and design. At some point, I realized that I needed an efficient way to communicate with everyone that works with me and I tried a variety of different tools similar to Slack. None of them fit the bill so I decided to try and build a chat app of my own. In the very beginning, it was just an internal project, but we realized we could make some money from it, so we launched a beta and got quite a few customers in a short time.

I wake up fairly early, around 5 AM every morning. Before I get to work, I like to read a little bit of the book I’ve picked for the week. I have a light workout and prepare my food for the day because I like to eat healthily. Work starts at 9 AM and by that time, I can focus on my work obligations because I’ve already accomplished a lot.

I sit down and discuss them with my team before doing anything. Once we come up with something that we all agree on, we decide on the timeline and the people who will take care of the work.

No-code platforms. I think that there are a lot of great entrepreneurs that don’t know how to write code and they’re too scared to hire developers. No-code platforms will make it easier for great ideas to come to life, even for people with no technical skills.

Waking up early. I do lots of my personal obligations before work even starts so that after 5PM, I can devote all my time to my family and hobbies. I know it may sound like a cliche, but I feel like I’ve lost several hours if I wake up too late.

Be more persistent. I never realized how close I was to making some big breakthroughs. I would have done some amazing things if I only had the patience that I have now. Great things take time to happen.

AI is a scam. It’s a beautiful technology in theory, but in reality, most marketers use it to describe basic automation. We won’t see true AI being used commercially any time soon.

Invest in people. I make sure that each of my employees has everything they need to develop their careers and grow. I make sure they have access to courses, conferences, books, anything they need. The more they know, the more valuable they are to the company. This is one investment that always pays off.

Hire slowly. My people are my greatest strength, and each new person I hired was chosen very carefully. In a small startup, every person you hire makes a major influence on your path.

My biggest failure as an entrepreneur was trying to do marketing on my own. When Chanty just started, I wanted to do some PR on my own and failed catastrophically. I started looking for my first marketing hire just after a month – this was not something that I could imagine doing for long.

Launching a platform for virtual assistant services in a developing country such as Ukraine. Pitching it to busy entrepreneurs in the western world. Charging 10% from each transaction. Something like Upwork but very specialized and definitely less expensive for everyone involved.

Monthly subscription to Ahrefs at $99. It helps my marketing team work more quickly and efficiently and it’s a great tool for keeping up with competitors’ marketing efforts.

Our very own app, Chanty. I don’t mean to plug my own product, but I have four companies in total and this is the primary tool I use to communicate with everyone. Without it, I would have to resort to emails, which would be a complete mess. Chanty helps me get in touch with everyone and I frequently use it for calls as well.

“Success is not final; failure is not fatal: it is the courage to continue that counts.” by Winston Churchill.