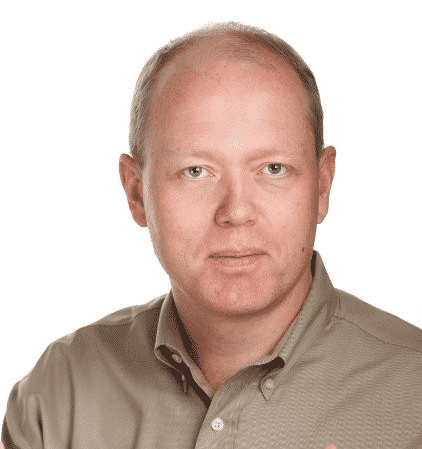 Talk to people rather than sell to people. Listen. What are their problems? Empathize. You can’t learn anything if you’re always talking.

Don Barnetson is the Co-Founder of Hex Five Security, Inc., which created the first MultiZone Security, the first multi-domain trusted execution environment for RISC-V. He brings a wealth of knowledge in engineering, strategy, and marketing, and has a proven track record for success. Don is also the Head of Technology for Zorlu Ventures, which is the US corporate VC and development arm of the Zorlu Group of companies, also known as one of Turkey’s largest industrial conglomerates. Together, his experiences have provided him with an immense amount of experience, making him an expert in technological business.

Don Barnetson attended the University of Calgary, where he earned a Bachelors of Science in Electrical Engineering in 1997. After graduation, Don began working as an Engineer with Celestica and PNY, before taking a Field Application Engineering Manager position at Micron Technology, Inc. It was during his time at Micron Technology, Inc. that he found his natural skill in corporate and technological management. In 2004, he completed his Masters of Business Administration (MBA) from the University of California, Berkeley’s Haas School of Business.

Don Barnetson would go on to work for major technology companies, including Samsung Electronics as their Director of NAND Marketing, and Nanosys as the Director of Market Development. While with Nanosys, he worked extensively in the market development of a nano-crystal storage layer for flash memory. He also worked with LED lighting and Methanol Fuel Cells. He found success after co-founding TV Anytime, which was the first DVR Streaming Video experience, which allowed viewers to stream videos, like Netflix and Hulu, to their Windows PC. The technology allowed them to watch the video offline, while also providing the capability to download it to an iPhone, iPad, or Android device.

In 2012, Don Barnetson joined the technology company, Lunera, as their Chief Technical Officer and Chief Product Officer, after the company found themselves struggling to stay open. Lunera is an IoT infrastructure company that provides ambient computing platform enabling applications to run in and between the iCloud, edge, and device. He found quick success in his roles, by focusing more on whitespace in the LED industry, and would go on to launch the remarkably successful Helen Lamp; the first type-A LED lamp. The lamp uses 50% less power and does not require an electrician to install it, making it a great success for the company. To date, Don Barnetson holds 24 patent in LED lamp products, including the LED retrofit lamp with a strike barrier, Horizontal LED lamp, and LED lamp.

In 2018, Don Barnetson began working at the Head of Technology at Zorlu Ventures, where he continues to work today. Zorlu Ventures aims at bringing innovation that is inspired by the US market to Turkey and outer European area. They focus on areas of Smart Kitchen & Home, Industry 4.0, Signage, Textiles and Energy. Don’s role is to provide support in technical engagement, diligence and development efforts for partner companies and technologies. Most recently, Hex Five Security, Inc. announced that they have formed the first Hex Five Strategic Advisory Board. The group includes technical and business leaders that have been elected to help the company achieve their goal of creating the most secure processor platform to date.

Where did the idea for Hex Five Security, Inc. come from?

My co-founder, Cesare Garlati, and I went to Berkeley together 15 years ago. His expertise is in embedded security, and he had been watching the progression of RISC-V from a UC Berkeley effort to a commercial effort over the past five years. We co-founded this company in early 2018 as we saw the moment was right to provide a simple, robust security solution for RISC-V that could be delivered solely as a software solution.

My focus is on our outbound work – with customers, partners, investors and the media – thus it is intrinsically interrupt driven which is at odds with productivity. I’m a big fan of lists – I write one every morning when I start work and check off items or re-prioritize items as they are completed. In the evening I review the day’s work plan at make a mental plan for the next day.

Bringing ideas to life is all about getting a critical mass of folks excited about them; the ideas themselves have to be relevant and well-founded, but without a following, they go nowhere. This requires you to take a certain amount of reputational and financial risk – provided you do this thoughtfully I’ve found stakeholders fairly forgiving when things don’t go the way you have planned.

The end of Moore’s law really opens things up in the silicon world. When the physicists and chemists were doubling transistor counts every 18 months, silicon became a big company game, and no one cared about software being efficient. Now that it takes 20 years to double transistor count, the only real gains are coming from new hardware and software architectures – this disruption creates the opportunity for small companies to deliver value in this space.

Steve Blank was one of my professors at Berkeley; his most critical advice was to “get out of the office and talk to people.” Nothing refines your ideas and vision faster than interaction with other bring folks in your ecosystem – the risk of them stealing your ideas is infinitesimal compared to the value of honing your ideas to a market reality that you’re just not aware of.

The key is finding joy and fulfillment in the now – the concept of delayed gratification is false; you’ll never get to that magical point that you envision. If you hate what you are doing – be it a job, a relationship or something else – you need to stop and make a change. Do what you love, and the rest follows.

We all have so much more in common than we believe – across cultures, geographies, and political views. Around the world, everyone I have met wants the best for their family and children, wants a clean, safe community to live in and meaningful work to engage them.

Talk to people rather than sell to people. Listen. What are their problems? Empathize. You can’t learn anything if you’re always talking.

I’ve spent most of my career in B2B product models – the key here is to identify some key partners that need you and have market clout and “ride the bull” to see where it takes you. You have always to listen and flexible on your business model, but it provides you with enormous leverage and credibility if you do it right.

My startup, TV Anytime, failed quite spectacularly on some key items – most critically that we took on a kind of risk that you simply cannot tackle as a startup – copyright law risk. We felt we had a good case and had a legal opinion that we were in the clear, but it’s not a fundable risk.

The hardest part was the day when I had to decide to pull the plug on it, stopping meant everything would be lost including the friends and family money that we raised. It sucked. But there was no path forward. I took a bit of a break after that – with some contract work and taking care of my newly born daughter. It took a few years before I was ready to jump in again.

It’s kind of specific – but its a real problem from my work at Lunera – why can’t you design a power supply purely in CAD space? More specifically – why can’t I fully design an ACDC switching power supply with PFC in CAD tools and get accurate reports on DRM violations, power factor compliance, component stress, EMI emissions, and thermals. It seems like this is one of the few backwaters of benchtop trial and error. Someone, please write a decent tool here that doesn’t lock me into one vendor.

I treated myself to a nice professional backpack that holds a minimal amount of stuff and no longer looks like I’m in college. Looks matter – especially when you’re raising money.

I’m a fan of Affinity’s CRM tool – I like the automation and its ability to scrape my emails and calendar to automatically provide me with insights that I might otherwise miss on my own. I find most CRM tools break down because you have to put all of the information in them manually to make them work.

My Years with General Motors by Alfred Sloan – best business book ever. The lessons are as prescient as ever – know and serve your channel, manage cash flow and innovate in ways that put pain on your competition.

“Men and nations behave wisely when they have exhausted all other resources.” – Abba Eban