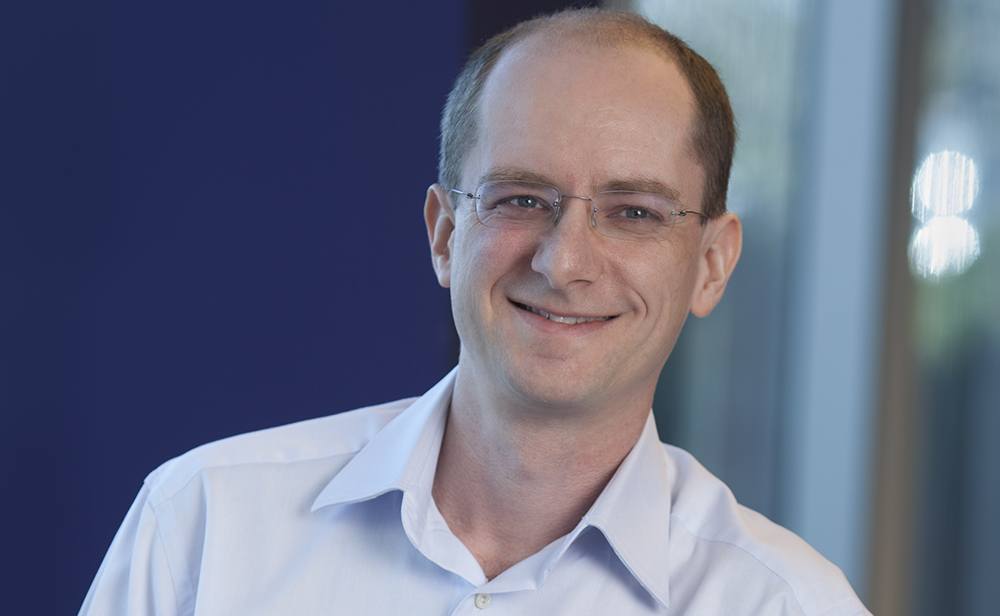 Great ideas don’t come from thinking “how can I make this thing a little bit better?” It’s usually from turning things upside down and looking at them from a completely different angle.

Duncan Lennox is many things: an information fanatic, Apple groupie, on-again-off-again practitioner of Aikido, and a private pilot. He’s also the CEO and co-founder of Qstream, a provider of a mobile sales capabilities platform that helps enterprise sales organizations to drive revenue growth by managing and measuring the capabilities of their sales teams in real-time – at scale. Under Duncan’s leadership and strategic vision, Qstream has captured many the world’s largest enterprise accounts including LinkedIn, Pfizer, and MasterCard. Prior to Qstream, he co-founded and served as CTO of WBT Systems, developers of an award-winning enterprise software used by millions of corporate professionals.

A recognized industry expert, he lends his knowledge of mobile and Web technologies, and analytics at industry conferences and has been quoted in CNN and RTÉ on topics of entrepreneurship. Duncan has a B.Sc (Hons) in Computer Science from University College Dublin, Ireland.

Where did the idea for Qstream come from?

My co-founder, Dr. Price Kerfoot, a Harvard Medical School professor, who’s spent the last ten years doing clinical research on the neuroscience of behavior change, came up with a knowledge reinforcement methodology that was initially meant to help his students perform better. Through more than 20 randomized controlled trials, which he conducted to the same level of rigor as a clinical drug trial, he developed and refined this methodology, which later became a significant element of Qstream’s sales capabilities platform. Combining science, data analytics and the proliferation of mobile devices, we developed a powerfully simple (and radically new) way to build, manage and measure high-performing sales teams at scale.

The phrase ‘typical day’ doesn’t really exist for me. No day is typical for me unless typical means that no day is the same because part of doing what I do means that I have to constantly move from one new thing to the next. For example, just today I went from interviewing someone for a services position, to meeting with PR, and now I’m headed to a board meeting. Tomorrow is going to be completely different. But that’s what I love about what I do.

Being productive in such an environment means that you have to be very comfortable completely switching gears as you go from one task to the next. Of course, I have help as well, for example, one thing I’m having my new assistant help me with is how to be more effective and productive. I schedule everything on my Google calendar, including time to think! If I don’t, my entire day becomes driven by interruptions, which isn’t necessarily a bad thing; many of the interruptions are things that have to get done, but if I don’t control my time that way, it becomes difficult to achieve anything worthwhile.

It’s important to soak up vast amounts of information, read trends, talk to prospects and just absorb all that information quickly. Have some curiosity about it, ask questions and start engaging with people about your thoughts. Ideas don’t come to life if it’s just one person thinking about it, so it’s important to turn it around and engage with others. You won’t always get a good reaction, but while some people might think “Eureka!” is a good response, it’s sometimes better to hear, “hmm that’s odd.”

Great ideas don’t come from thinking “how can I make this thing a little bit better?” It’s usually from turning things upside down and looking at them from a completely different angle.

The notion of big data and analytics, and the fact that we can gather data that wasn’t possible before, and convert it into insights that help make important business decisions, is really game-changing.

My curiosity and ability to absorb significant amounts of information has been my best asset. The more informed you can be the better you can make decisions and that leads back to my interest in the big data and analytics trend.

I’ve never had a job I didn’t like, but I’ve had many that I’ve learned from. When I worked at my father’s gas station as a kid, I washed cars, and stocked shelves, which I wouldn’t want to do now that I’m in my 40s, but I learned a lot about putting the customer first, and it was very influential to me.

Making mistakes is rarely fatal, it’s taking too long to realize it that’s fatal. So, it’s the lessons that took too long to learn, that I would want to have learned quicker.

Voraciously consume information and news about the industry you’re in, looking at related areas and trying to vacuum up, over time, what’s going on out there, trends, etc., is an invaluable habit that everyone should pick up.

We deliberately chose a very focused vertical strategy with Qstream – it can apply to almost anything. We decided to focus on B2B sales and even within that, we focused specifically on life sciences in the early days and continue to do very well there, despite expanding into other industries – technology and financial services – and that kind of focus has been key to our success.

As an entrepreneur, you fail every day and that’s part of it. You have to be able to deal with it and move on. I think of failure only as bumps in the road, so we try to fail fast then get back up and try something else. The thing about a startup is you need that level of healthy delusion, where you will not stop doing what you believe in. You just don’t give up.

As the head of a company with multiple international locations, I see a strong need for greater innovation in security technology that allows travelers and travel security agents alike to have a better experience at security checkpoints than we currently do. I think that could do very well.

As much as I love tech, I still use a pen and paper, but recently, I bought an Apple pencil for my iPad pro, and it works so well that I may be able to finally get rid of my pen and notebook.

I typically use Google mail and calendar for managing my day and Wunderlist, which really helps keep me organized. I also use RSS Reeder, which lets me consume dozens of news sources all in one place.

Team of Teams by General Stanley McChrystal, is one my favorites. It’s basically a modern take on how to scale organizations.

That’s a tough one because I read a lot of different things from lots of different sources and I’ll pick and choose things that can be helpful. I’m not dogmatic about one particular person or idea. However, I think Geoffery Moore, who wrote Crossing the Chasm, which is where the “bowling pin” strategy came from – is still great stuff.

I also like the product focus of Steve Jobs but I don’t want to manage people the way he managed them.