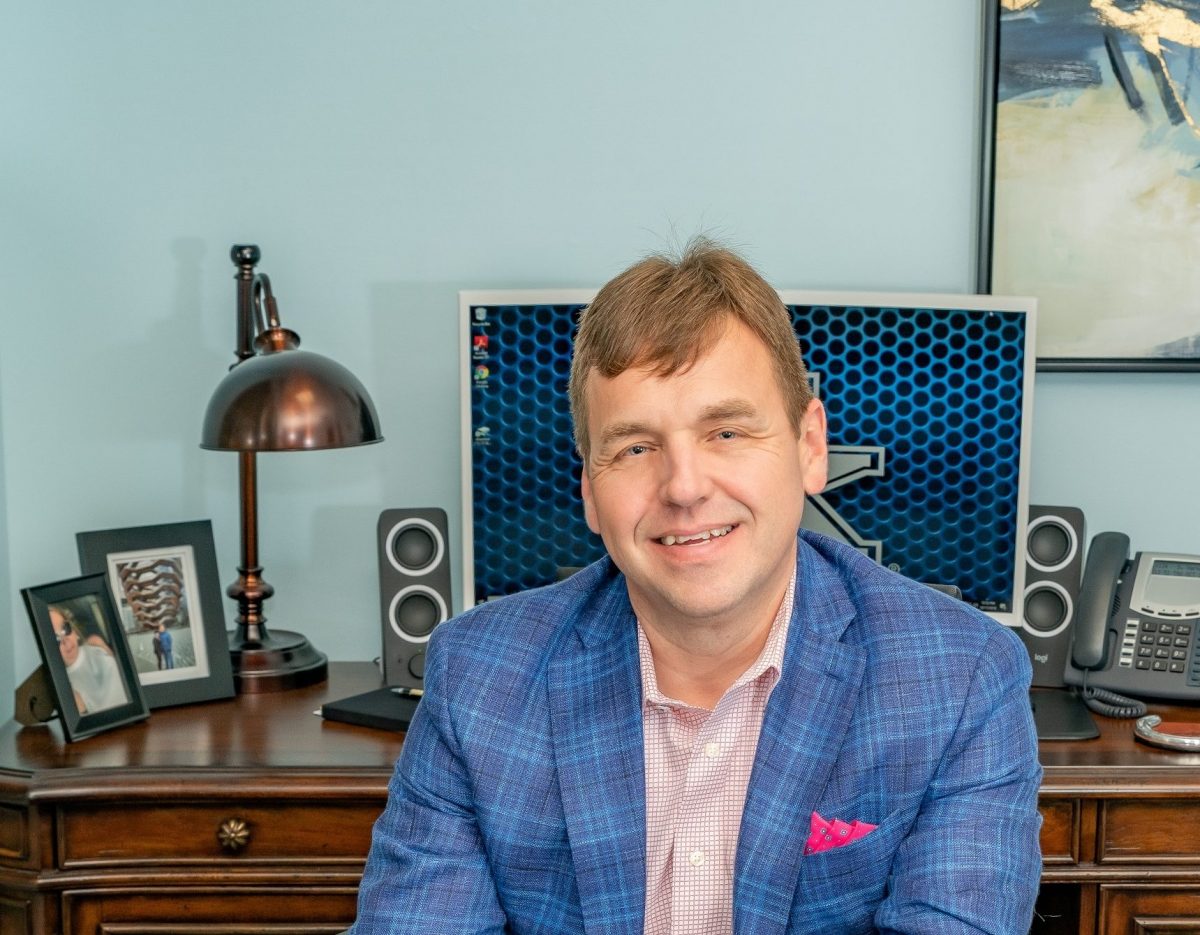 Never put off for tomorrow what needs to be done today. That really is my basic philosophy. It keeps businesses going forward.

Kentucky native and Jacksonville, Florida resident Dwayne Harmon began his career working for Sykes Enterprises during the mid to late 1990s. At that time, with the boom in the World Wide Web, Sykes had grown to around 50,000 employees. As their technical trainer, and eventually operations manager, Dwayne Harmon was responsible for developing and managing teams to provide various types of support for all of the new technology.

Dwayne Harmon is the board of directors’ president for the non-profit, PAX’s K9 Cure. He’s involved with several charities in Florida, including Faith For Freedom. He was also a former board member of Prisoners of Christ.

Where did the idea for Metanoia Marketing & Business Consulting come from?

The idea developed organically over time, over the course of working with a lot of different people. You realize that you have all the pieces to deploy to any business. Through years of building relationships with people that are proficient in their various areas, you get to a point where you realize you can take those pieces and apply them to a different business. I’ve been involved with launching six businesses from nothing to, in one case, a $50 million a year company.

The thing about business, and especially business at a high level, is that a typical day is spent continuously problem-solving. Every day you realize that there are going to be things that come up during the day. The bigger a company gets, the more problems that need to be addressed, and you have to figure out and prioritize which problems need to be resolved first.

My philosophy about tackling anything is to never put off the next important thing that needs to be done. I’m a firm believer in that if there’s an email that needs to be answered, answer it. If there’s a call that needs to be made, make it. If you’re in a situation where you need to be highly productive, you have to be able to prioritize what’s important. You have to continue to work on those items because the next day will basically have the same challenges. It doesn’t change.

I’ve always been someone who is an executor. Whenever I have an idea, the first question I always think of is, what’s the next step to bring said idea to fruition? There’s an old Chinese proverb, “A journey of a thousand miles begins with a single step.” That’s how I’ve always brought any idea to life. One step at a time.

Artificial intelligence is being built into a lot of marketing now, and I find that exciting. There’s now a lot of deployment of AI in digital marketing to help automate some of those processes. It’s exciting but also a little scary in terms of how it may play out over time. Google has so much information about us that how they market to us when you really start to look at it, is extremely scary. Same with Facebook. Technology is always exciting, but it’s also a little concerning.

Ultimately, it goes back to the same thing, which is to never put off for tomorrow what needs to be done today. That really is my basic philosophy. It keeps businesses going forward.

I would tell a younger Dwayne Harmon to be more focused on people and not on processes. As I’ve gotten older, I’ve understood the importance of being a good servant leader. I’ve learned that people will follow you if you serve them well, and you have their best intentions at heart. No great process can be effective without wonderful people.

I love to be interviewed or be put in high-profile, pressure-filled situations.

Always be responsible for the result. Ultimately, when you’re in charge at a high level, the failure is yours, in my cases. I think one thing that you see a lot of is entrepreneurs or business people who won’t take responsibility when something doesn’t go well. However, they’re quick to take responsibility when it does go well. I also acknowledge that success doesn’t come from one person. I think people need to be more humble in that situation; to understand that all your success is not truly yours, but all the failure is. At the end of the day, you’re the one that is ultimately responsible.

Most recently, I think it’s developing great processes and then cultivating great people to be able to execute those processes. It’s essential to cultivate people who are going to be loyal to both you and the organization, and who are willing to go the extra mile when needed to get the job done.

Being an entrepreneur means that you’re testing things that are unproven to find out if they work. So, I’ve had a lot of business success, but I have also had business failures. Generally, those were because I had underestimated the amount of money it would take to gain market share. As a marketer, you obviously can gain market share, but the question is, what is the client acquisition cost, or what is the cost per sale that it takes to get there? So, I’ve started businesses thinking that I can apply this process and ultimately sell whatever the client wanted to sell, but at the end of the day, it just wasn’t profitable. I’ve also had businesses where it wasn’t profitable enough to sustain a healthy business model. I have minimum targets for profitability that are standard in order for me to believe it’s worth putting the time investment in.

I believe that you can generate sales leads. Every company strives for great marketing. Ultimately, what they’re looking for is for someone to submit a request, which is a sales lead. I think some areas that could be done better, in terms of generating sales leads, are common areas like plumbers, electricians, carpenters, and the like. I actually ran a test once where I just created a bunch of magnetic ad signs and put them on vehicles. I had family and friends drive around town to see if people would call for that particular service. I had some for lawn services, handymen, plumbers. It proved to me to work because we did get quite a few calls, and I ended up passing those leads along. Someone could generate sales leads for virtually anything, but certainly for more home improvement-type areas.

I bought a year’s subscription to MightyText for my computer, and it saved me a tremendous amount of time. Although it was probably closer to $110. Now, rather than having to type things out on my phone, I can respond while I’m at work to text messages, and it saves so much time.

In addition to MightyText, I frequently use Grammarly. It has become very convenient when I’m typing up several emails. Rather than having to proofread everything, Grammarly is proofreading and making suggestions as I go. It helps keep your email from sounding like gibberish.

Bonhoeffer: Pastor, Martyr, Prophet, Spy by Eric Metaxas. It’s a biography about Dietrich Bonhoeffer, who was persecuted during World War II. He was a German pastor and an anti-Nazi. This book taught me that when you believe in something, and you feel that you are absolutely right, the cost of that belief can be high. He ultimately paid for it with his life.

“It’s only hubris if I fail.” – Julius Caesar

• Hard work always pays off, but sometimes the payback terms can be years, not weeks or months.
• People are the key to my/your success. Without great employees, it’s difficult to rise past mediocrity.
• Perseverance in the wake of adversity is a must. Without it, a company will never be great.