Elizabeth Yin – CEO and a Co-Founder of LaunchBit 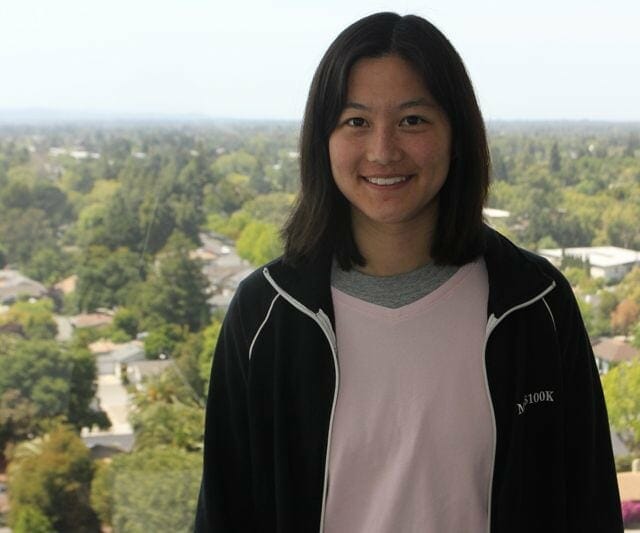 [quote]I block off time in the morning and in the evening to do email; typically 1 hour each.I have meeting days and non-meeting days. When possible, I try to cram all of my meetings into particular days to maximize efficiency. There are days in which I have 30 minute Skype or phone meetings back-to-back for 6-10 hours. These could be meetings with potential advertisers, publishers, partners or investors. On my non-meeting days, I try to block off time to code or work on operational things that keep the business running.[/quote]

Elizabeth Yin is the CEO and a co-founder of LaunchBit, an ad network for email. She started her career as a teenager doing back-end programming for startups during the dot com boom. Elizabeth is now a frequent speaker at conferences, events produced by O’Reilly and Women 2.0 and universities including Stanford, MIT and Harvard. She previously was a product marketing manager at Google. Elizabeth holds a BSEE from Stanford and an MBA from MIT Sloan.

I’m working on a company called LaunchBit, which is an ad network for email.

Where did the idea for LaunchBit come from?

We were in the 500Startups accelerator program last summer. During that time, we were experimenting with a number of ideas. Some of the ideas were related to helping companies with customer acquisition. Since I had a startup that failed because of not being able to solve a problem, Jennifer and I really wanted to make sure that LaunchBit worked. So, we took the approach of testing many ideas and quickly and frequently testing them in a span of 1-4 weeks each. We played our tests like poker; if we tested an idea and it looked good, we would invest more time and resources into. If it didn’t test well, we would fold. When we went into the accelerator program, we didn’t know exactly which product we would build, but we did know which problem we wanted to solve. After testing many ideas that didn’t work, we finally hit upon this e-mail ad platform idea and it looked promising from the very beginning. The first week of testing this idea, we received an ad from an advertiser and sent it to a publisher so that it could be manually placed in a newsletter. We measured the initial results and they looked good. So we kept pouring more resources into it until finally we were “all in.”

I block off time in the morning and in the evening to do email; typically 1 hour each.I have meeting days and non-meeting days. When possible, I try to cram all of my meetings into particular days to maximize efficiency. There are days in which I have 30 minute Skype or phone meetings back-to-back for 6-10 hours. These could be meetings with potential advertisers, publishers, partners or investors. On my non-meeting days, I try to block off time to code or work on operational things that keep the business running.

But seriously, I’m actually a big fan of focus. When you have a small team like we have, you can’t bring all of your ideas to life. Some should be worked on now but some should not be executed in the foreseeable future or ever. On our team, when an idea comes up, we are typically able to decide right away if we should start working on the idea now, later or not in the foreseeable future. If it seems like we should move forward, we just go do it. It’s that simple. There’s no time to deliberate over and over or get lots of buy-in at a small company.

Content curation. The web has seen incredible growth since I was in middle school. In the early 2000’s, we saw the creation of blog platforms, which led to billions of blogs being created. Then in the mid-2000’s, we saw the creation of social networking sites. We now have nearly 1 billion people on Facebook and hundreds of millions on Twitter. The combination of these two earlier trends means that people now share content up the wazoo. We have information overload. Now we’re seeing sites like Quora, Paper.li, Hunch and of course, Pinterest rise up. On these sites, users curate the best content and are pushing personally relevant content to other users, primarily via email. This wave is only just beginning; personalization of this curated content will get better and better through data mining and machine learning.

I’ve actually been very fortunate not to have had an awful job. But, I sure did learn a lot from one job that I had. During my senior year of college in 2003, I was very interested in going to business school. In particular, I was interested in learning more about MIT Sloan and Harvard. I didn’t have the money to take a trip to Boston, but coincidentally one of the largest job fairs for jobs in Japan is held in Boston every year. They were awarding scholarships in the form of a free trip to Boston to visit the fair. I applied for a scholarship and got it.  I went to Boston and visited schools, but in order to get reimbursed for the trip, I had to attend the job fair for a couple of days.  I ended up getting a job and a few months later, I learned that I didn’t get into any of the business schools. I was pretty bummed, but what can you do? I decided to take the job I got at the job fair.

In the fall of 2004, I packed my bags and moved to Tokyo. About a month or 2 in, my boss pulled me aside and told me that things weren’t working out. He said that my Japanese wasn’t as good as they’d hoped. Now, I was really bummed. This was my first full-time job post-college, I’d moved halfway around the world and I was getting the boot after just a couple months. To their credit, my company was quite nice and let me continue working on internal projects until I figured things out and they offered to transfer me to their American headquarters. I declined, but I was devastated. I decided to re-apply to business school but I only had time to apply to one. Since I liked MIT Sloan best, I applied and ended up getting in. I got rejected from Sloan and rejected from my job in order to get into Sloan. There’s a fine line between failure and success; you have to go through lots of rejection to get to where you want to go. That’s a lesson I’ve carried with me.

Before LaunchBit, I had a company called Parrotview that failed. It was a social shopping application and it failed because we spent too long (1.5 years, mostly nights and weekends) building and building something that ultimately no one wanted. This was before Eric Ries started hitting the pavement with his Lean Startup philosophy. If I could do it over again, I would take the poker approach we used with LaunchBit.

If you have a technology company, code as little as possible until you can validate that your approach is right. Initially, we did so many things manually at LaunchBit and so many of our initial assumptions were wrong. We’ve saved so much time by not building the wrong things. Once we know we’re on the right track, we build or re-build. One example of this is that initially we didn’t know what kind of pricing model would be best for LaunchBit. We could’ve taken a guess and written code for it. But, it was much easier to ask our customers to PayPal us based on various models we tried. Once we found a model that worked, we built our payment system. If we had written code for each method we wanted to try, we would not have been able to try so many different models in such a short period of time.  Having had a failed startup before, I know it can be so tempting to code just because you can, but it’s a big time saver to not code until you have to.

A tool that does split testing for email newsletters. Like an Optimizely for email newsletters. There’s a little bit of split testing functionality in most major email service providers, but merely testing subject lines and copy isn’t enough. To really test effectively, you need to test things like email layouts, modules within layouts, graphics, etc. There are billions of subscription emails sent daily and many of our email publishers would love to increase the engagement and sales they get from their newsletters. I have yet to see a product that would make it easy for them to effectively split test newsletters.

Education. I think that education is the true equalizer in this world. There are 2 kinds of education we need to address:

I have LOTS of favorites, but these 2 really stand out in my mind:

Definitely Lean Startup by Eric Ries. Since you’ve probably already heard of that one, a lesser known but interesting book on applying lean startup strategies at ebay is The Perfect Store by Adam Cohen.

All 3 tweet high-quality, interesting articles. Their tweets are never overwhelming and they don’t overshare by telling you when they last took a dump.

Probably my parents. They both left their respective countries, which were overtaken by military dictatorships/regimes, to build anew here in America. To learn a new language and culture and make a living for themselves is much harder than trying to make it in a system that you’ve grown up in and know.