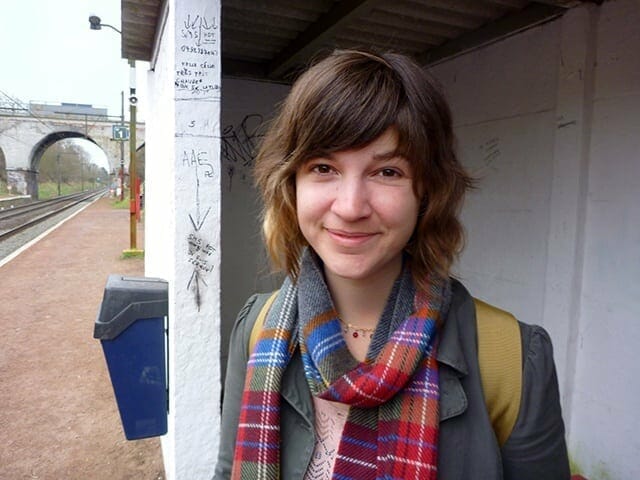 [quote style=”boxed”]If you want something to exist, start building it. The faster you can get it out there, the easier it will be to test and iterate in the real world.[/quote]

Emily Wright is an experience and interaction designer focused on usability and information visualization. As a 2012 Code for America Fellow, Emily partnered with the city of Austin. Working across departments and city groups, her team hosted a few awesome hackathons and got to work on some really useful and important projects, like:

Before becoming a Code for America Fellow, she worked as a freelance designer for several Bay Area groups including Banned by the Bay, Red Ink Studios, Intersection for the Arts, Visual Ink, and Babeland. Check out more of her work at emilyville.com.

I’m working on a project called “Color me Timbers” (or “Textmas”, haven’t decided) where I’ll put lights in the trees outside my house in San Francisco for the holidays and people can text in to change the color. The trees will respond via text. I’m hoping to get it done in the next couple weeks with a solid DIY so that I can get some more neighbors and even my local book store to do it.

Where did the idea for prepared.ly come from?

Prepared.ly was started as a project where we (Code for America) partnered with the City of Austin. We spent about 6 weeks in Austin in February and March meeting with city departments and community organization to figure out where the needs were, and which ones we might be able to address in a year with technology. We found that people were really worried about the threat of wildfire, and wanted to be more prepared but didn’t know where to start. The tools that were out there started with tasks like “chop down all the trees within x feet of your house” when really there’s a lot of easy and straightforward things that will help out a lot.

A typical day working on prepared.ly involved meeting with Austin residents and doing research, and bringing that back to the Austin Fire Department to see what type of tool would serve both groups. And lots of coding for my team, and designing for me.

We have a motto at Code for America: JFDI (Just F***ing Do It). If you want something to exist, start building it. The faster you can get it out there, the easier it will be to test and iterate in the real world.

Civic tech! People taking a proactive take on citizenship. Showing up at Civic Hackathons, hacking on civic data, and joining the Code for America Brigade!

Man, worst job was probably working for this little design shop that made photo books for weddings. I like solving problems, and coming up with innovative solutions. I kept trying to reinvent photo books! It didn’t last long.

If I were to start again on Prepared.ly… I think I’d have spent more time shadowing the fire department to learn in advance what some of the problems were. We did a lot of rework down the line when we started to piece together wildfire safety.

Talk to everyone you can, ask questions until their answers stop surprising you.

Staying 100% invested on a project can be tough. Sometimes — especially at the beginning — the rewards can be few and far between. Finding ways to celebrate the small stuff can be tough, but you have to set smaller milestones and make a big deal of them when you can.

Fork prepared.ly on github, it will work for Fire, Water Conservation, and disaster preparedness.

I like to make the world feel smaller with technology, I think we’re getting there, but we’re not going to do it without working better with citizenship and local government.

I’m really not that interesting!

The Gov.UK design principles: gov.uk/designprinciples
The Noun project, open source icons:
IFTTT: if that then this ifttt.com

I think I laughed at my dog in her halloween costume. She was a skeleton.

I have a lot of respect for those innovating within local government. They deal with a lot from all sides, and are fighting a good fight!