Should Entrepreneurship Be Defined As “Applied Problem Solving?” 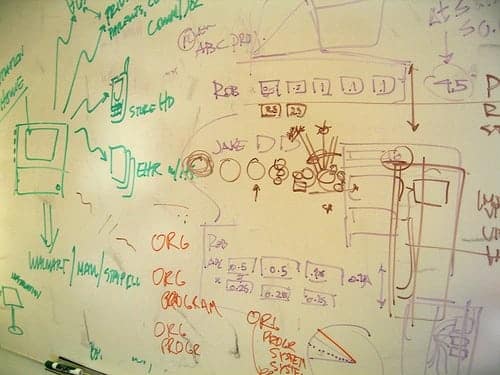 I still remember sitting in front of my 4th grade class attempting to define “innovation.” Secretly, I had never heard the word before, but we were entering a special unit on invention, and I wanted to sound intelligent. So when I was asked to define the term, I quickly attempted to derive a definition from the limited context I was given: “Something that’s a brilliant or useful idea that becomes a real product,” I uttered, very matter-of-factually but with a slight tremble in my voice.

Of course, I was wrong. What I didn’t know at the time was that my definition would later become a central part of my career. Since then, I’ve been incredibly annoyed at the ways entrepreneurship is defined outside of the startup world. “A person who organizes and operates a business,” say the textbooks. And I’ve always been incredibly bored by this concept. For me, “entrepreneurship” is much better defined as the definition I naïvely attempted for “innovation”—that is, “applied problem solving.”

As our society quietly yearns for creative solutions to our biggest problems, I think we often forget the importance of old-fashioned ingenuity. We formally teach entrepreneurs how to look at a spreadsheet, but we forget to tell them why they should be entrepreneurs in the first place. And that’s one of the reasons I’m always leery of traditional attempts at “entrepreneurship education.” I believe that entrepreneurship is learned, but it can’t be taught. “Becoming an entrepreneur” starts with the first step: taking the leap, trying something new, building something crazy, and trusting that it will work out in the end—and if it doesn’t, realizing that you’ve learned something along the way.

Startup entrepreneurs take an idea, a scheme, a product, or a solution and attempt to scale it. The best entrepreneurs I know aren’t geniuses. They took a hobby, a passion, a side project, or, usually, something that just really annoyed them, and ran with it. With the audacity to never stop believing in what they were working on, they managed to take a problem and attempt a solution. When no one else believed in the problem they were solving, through execution they convinced the world that the problem they were solving was, indeed, a problem that needed a solution. By building and believing, they managed to work through the details and problems they encountered along the way—or found others who believed in their work as much as they did to help them figure out the details.

In spite of what you may have heard in school, entrepreneurship is not boring, and if we want people to solve our pressing problems, we need to provide open environments for them to tinker and try solving the problems they want to solve.

So what are my takeaways?

[box type=”alert” border=”full” icon=”none”]This guest post was written by Brett Neese, a 19-year-old writer, active member of the Des Moines, Iowa, startup community, and web developer at Domiknow, an internet marketing consulting firm. He’s also the founder of Just Run, Co, an organization dedicated to giving creative and ambitious young people the tools and resources they need to improve our world, and constantly on the lookout for new opportunities and the chance to experience great stories and ambitious adventures. [/box]

Should Entrepreneurship Be Defined As Applied Problem Solving Image Credit