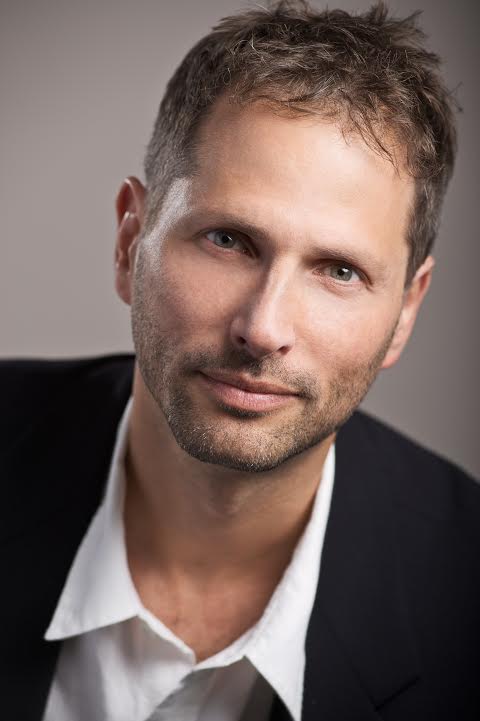 It’s important to push through tough moments and sharp turns and be open to evolving throughout the process.

In addition, Mr. Pulier has invested in a variety of venture capital funds and is frequently partnering with a multitude of charitable organizations and venture capital groups. Eric Pulier is an active investor in seed level startups in media and technology, the vast majority of which have gone on to successful financings.

Eric is the active father of four children and resides in Los Angeles, California. He serves on the board of The Painted Turtle, a summer camp for children with chronic illness, and the Innovation Board of the XPRIZE Foundation.

Where did the idea for vAtomic Systems come from?

Every so often significant market trends converge to create a truly disruptive opportunity that transforms the economy and the way we live. These ideas are typically obvious in retrospect, but when certain factors emerge they rapidly become staples of daily life. Uber is a good example of this, where the proliferation of GPS enabled smart-phones, the opening of Google Maps APIs, and low cost cloud computing, came together and suddenly remade the transportation industry. Similarly, with my new venture– vAtomic Systems– it became clear that macro elements were in place to fundamentally impact the economy by bringing digital goods out of games. These elements include proven game mechanics, the rise of digital goods trading, mobile GPS, and blockchain technology.

I do my best to get solid rest each night, and with four kids I’ve got a whirlwind of activity that normally fills any available moment with planned (and more often unplanned) activities. In the morning, I try to get up early to read and have some quiet time before the fray. Before long I’m scrambling with my kids and getting ready for school. I believe in delegating uninterrupted time to each task that needs my attention that day and do my best to stick to my schedule.

I try to write down key words of ideas and inspirations that might hit at any time of day or night. That way I can reproduce what came to me later and expand upon it. If I don’t capture it right there and then, it could fade forever and that could have dramatic impact on strategy for my existing venture, or change the course of new companies that would never otherwise come to life. Often I’ll let something sit for days and the seeds will germinate somewhere in the back of my mind and find its way back to the surface on its own time.

What trends really excite you?

Genome editing with technologies like CRISPR-Cas9 that allows permanent modification of genes within organisms. These techniques have massive implications for the human race. I also believe that blockchain technology will fundamentally affect how the economy functions in the future, changing the nature of contracts and commerce.

I have a habit of using the mechanics and process of writing to think through solutions and engage in creative ideation. This is different than writing to articulate ideas already formed. This habit allows me to develop confidence that I can attack problems that seem daunting at first, without
needing to have everything worked out before I begin.

When I was in high school I worked at a 7-11. I discovered that the Coca-Cola Slurpee’s made for a better solvent to wash the coffee pots than
the detergent. I also learned that if you play classical music on the outside speakers instead of Rock and Roll, the crowd of vagrants loitering around the entrance would rapidly disperse.

I don’t know that I’d do anything over again. Every failure leads to something new and often better. I wouldn’t be where I am today without all of my shortcomings, though I really wish I could consistently find my keys in the morning. Sometimes I think I could have been less open to trusting certain people whose motives later became apparent, but I also recognize that such a shift would have also prevented me from achieving my highest potential that has often come from unreasonable leaps of faith.

It’s really back to bringing ideas to life. I write sparks down and let them sit and then revisit them over time. I think it’s incredibly important. You never know when one idea will lead to another, perhaps completely unrelated thought that becomes a major enterprise or project. The other thing I do is bounce ideas off of people, without concern of people stealing them or pride of ownership. It’s not the idea in the end that matters most, but execution. I am not worried about people stealing ideas, especially large companies because they can rarely execute against anything
successfully. The more feedback you can get, the better.

Persistence. Not everything works the first time you try it and most products are not exactly what you imagined in the beginning. It’s important to push through tough moments and sharp turns and be open to evolving throughout the process. The best entrepreneurs can change and adjust as necessary, and so long as they have one more day to fight there is optimism that a significant success story is just over the hill.

I sold a company that I had worked very hard on for years, often making payroll from my own pocket. The risks and late nights were intense, and over time I become personally attached to the mission. When the acquisition concluded, we found that key promises from the acquirer were not going to
be kept and I was heartbroken. Ultimately, I overcame the challenge by realizing that it’s the people that make companies, not products. The new company that came next turned out to be so much more fun and ground-breaking than I ever could have imagined. This new company would not even exist had the original company continued as planned. Sometimes failure can be a gift by providing an opportunity to move ahead and regain focus on what actually matters—people, creativity and positive energy.

I recently got my car detailed for about $97. I’m not sure that was great value but bringing my two dogs back from the dog beach made it a necessity. However, on the way to pay I noticed an item for $2.90 that resembled a small metal hand fastened to the end of a stick: a back scratcher. Heaven. Definitely the best $100 spent in years.

I love the ease of collaboration with Google docs.

I believe creativity is the among most important ingredients to success. Creativity often comes from making non-obvious links between concepts, so reading books outside of your primary area is key. I particularly like reading about the human brain, and the mysteries of how we think and why. For this reason, I’d recommend reading The Man Who Mistook His Wife for a Hat, by Oliver Sacks.

Peter Diamandis is a true humanitarian, scientist and innovator. He is the founder of XPRIZE, and the co-founder of many other companies such as Singularity University, Human Longevity and Planetary Resources. I recommend reading both of his amazing books: Abundance, and Bold.