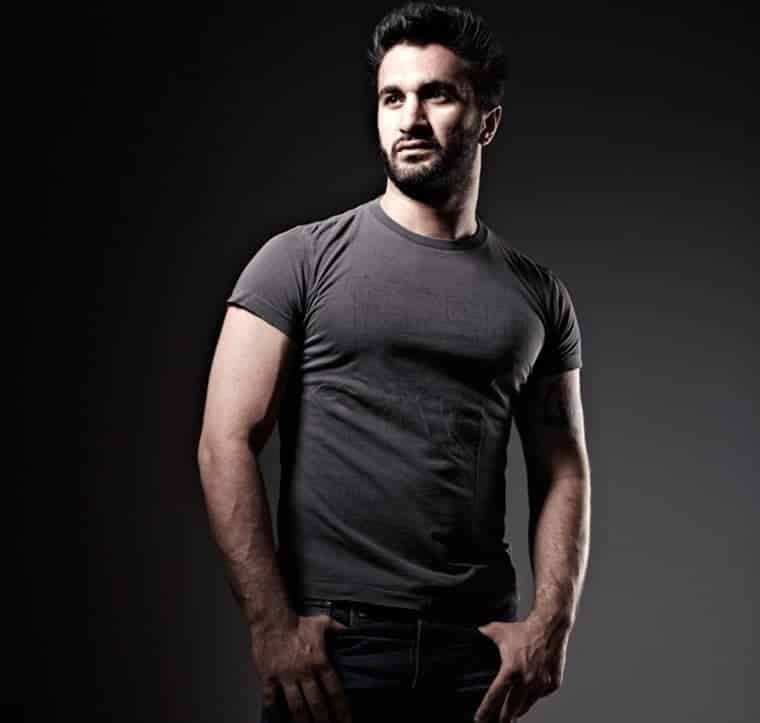 After a decade of teaching, Farbood Nivi founded Grockit, a social learning game company, to help learners get connected and to give them the chance to educate themselves.

Grockit was acquired by Kaplan in 2013, and Farbood moved on to focus on Learnist, another tool for education. Learnist allows individuals to read content, review how-to guides, and watch educational videos on virtually any subject. The content is written and curated by experts on each topic. Farbood’s goal is to make high-quality education accessible to everyone.

In 2001, Farbood was named National Teacher of the Year by the Princeton Review. He grew up in Canada and the U.S.

Where did the idea for Learnist come from?

We wanted to make it easy for people to share what they know and learn from one another. We realized that we live in a world where much of humanity’s knowledge is on the web in the form of videos, articles, and images.

It occurred to us that if we let people sequence digital media into a lesson or guide, it would be the easiest, fastest way to share knowledge with a little more structure and context than a tweet, status update, or single blog post. We now have a taxonomy — tens of thousands of guides and lessons in thousands of categories.

Meetings. My typical day consists of lots of one-on-one and small group meetings with the people who are doing and managing the bulk of the work in the organization. Besides trying to help the team think through scenarios and make decisions and plans, I try to make these meetings more productive by reinforcing our values, goals, and processes.

I think it’s a missed opportunity if I just give someone the answer he’s looking for instead of working with him to build a framework to understand why we make certain decisions. That way, the value of the meeting continues into the rest of the organization and into the thinking of the people in the meeting.

Words. Words were one of the first technologies. We use them to create a virtual reality that we all live in that most of us find synonymous with reality itself. Words have the power to do more than captivate the mind and imagination. Words can create our reality. Words can ignite both our memories and our hopes. But in addition to being inspiring and descriptive, words can be rational and mathematical.

The continued dedication to the expansion of human (and non-human) rights. We rarely, if ever, consider that the technologies and quality of life we enjoy today are a result of intellectual enlightenment, including — and maybe most importantly — the basic protections of life, liberty, and the pursuit of happiness. The open integration into society of people who were previously relegated to the shadows (women, ethnic minorities, the LGBTQ community, etc.) has helped make possible today’s world as we know it.

Recently, I read that an orangutan was given personhood and rights as a non-human person. It may be easy to laugh at that today, but I think that in just the next 50 years, this will happen more and more. I’m glad we live in a world where we’re making ground to expand freedom and rights to all people, human or otherwise. We will continue to unleash the incredible potential of our species if we continue to unleash our views of one another.

The word “integration” means to make something whole, and I think that’s an important point. People can fall into a tendency to optimize for their own business unit’s goals, when really we should all be working to advance the organization’s goals. The goal is for the organization to be optimized — not the individual parts.

I’ve made it a policy since I was 14 years old to never do a job that I didn’t believe in, that I didn’t feel empowered or inspired by, or that didn’t effectively utilize my skills and interests. Life’s just not long enough for that, and there are too many opportunities for a better fit if you have valuable skills. But I can say that the worst it ever got was a manager job that I had, which I actually loved. My boss and I just couldn’t get along, which was a first for me. The lesson I learned was not to run at the first sign of distress but also not to force something if it’s not coming around. It’s not easy to walk away from something you love, but sometimes you have to.

Everything. I really mean that. I think the difference is that you do everything a little differently each time around. I think it’s the accumulated effect of these differences that make second- and third-time entrepreneurs sometimes more successful than they were their first time around. One key thing I would do differently is to try to learn more early on about the business’s viability in the market with consumers.

Exercise. I don’t think you have to become a marathoner or bicycle 50 miles a day, but exercise reduces stress, improves the immune system (which means fewer unproductive days), increases energy (so you get more done), and improves mood (we all like that). The list of benefits goes on and on. In fact, I think the more intense and demanding your work is, the more important it is for you to get exercise. The excuse of lack of time is totally nonsense. You just aren’t prioritizing it. There are few exchanges of benefits for time and effort that are better than exercise.

Iterating and being scientific instead of just data-driven when doing product and user testing. Instead of trying to design something perfect before it’s ever used, start using it as quickly as possible, and iterate on the changes that need to be made to get it working well enough that users love it. Being scientific in your approach (as opposed to data-driven) means questioning the results of your data and experiments.

For example, if you run an A/B test to see which of two web pages converts more to purchase, make sure to question and dig into the results you get. You could be gathering the data incorrectly (it happens all the time) or failing to see some external factor (like speed performance differences between two web pages).

I made a bad hiring decision. I could argue that this person misrepresented himself in the interview process, but it’s my job to vet that. Ever since then, I’ve made sure to get more people to vet a candidate so there’s a higher likelihood of finding a good fit.

I think a service that picks up luggage from your home and brings it to the airport would be useful. It could cut down on the luggage time and costs at the airport and make travel much easier and more enjoyable since you wouldn’t have to carry your luggage around and stand in a line to check it.

I was a big comic book and “Dungeons & Dragons” fan when I was a kid. I even painted the little miniatures you use for role-playing games and went to a lot of gaming and comic book conventions. I can tell you how strong most Marvel comic book characters are. I don’t really do much of that anymore — not because I don’t like it, though. You’ll still see some comic books around the house and some role-playing games on my PlayStation 4.

Pivotal Tracker is the best way for non-enterprise software product companies to organize their work. It’s like a collaborative “getting things done” tool. That said, I think it probably pairs best with an agile software and product development practice, which is a separate thing to learn.

HipChat is a group chat and messaging application that makes it easy for people to communicate one-on-one or in groups. You can also integrate a lot of your technologies as a software company into HipChat and do things like track website deployment, testing, and even product and design changes — all in the workflow of chatting with one another.

Learnist. I wanted to make Learnist because I wanted to share things I’m learning with other people. So, I use it to share everything from things I cook on the weekend to how I fixed my Wi-Fi problems.

Ken Wilber’s “A Theory of Everything.” It’s the reconciliation of many intellectual frameworks from human history into one. It’s kind of like if you took all the thinking about reality from all the different philosophies and religions in the world and reconciled them all with one another to create a more complete picture. I find it a very useful framework for understanding reality. And like all models, it may not be perfect, but unlike most, it’s useful.

There are plenty, but to name a few: