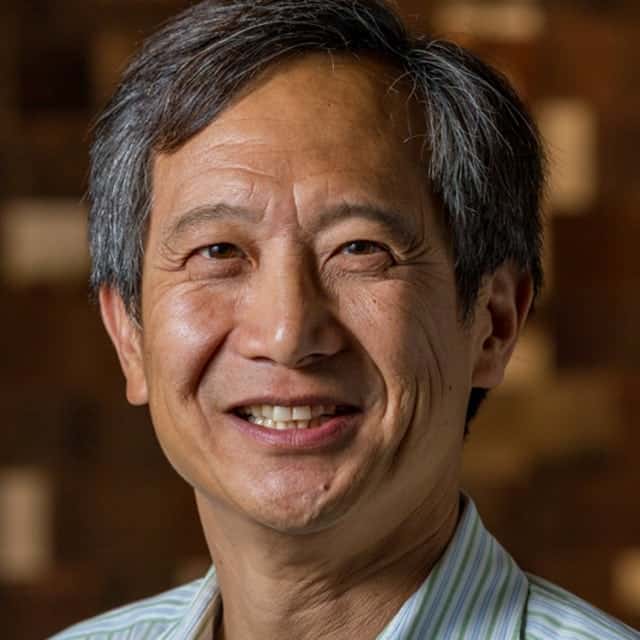 [quote style=”boxed”]The Internet of Everything is the next incarnation of the Internet where we will evolve from 5 billion people browsing websites, to 50 billion connected devices controlled from your smart phone.[/quote]

Gene Wang is CEO and co-founder of People Power, an award-winning software company enabling remote control and management of connected devices from your smart phone. People Power’s groundbreaking smartphone app, Presence, transforms spare iPhones, iPads, and iPods into wireless video cameras. Cameras can be monitored in real-time from another iOS device with the Presence app, and they can send meaningful alerts with video clips to the user’s email any time motion is detected. Wang is a four-time CEO and serial entrepreneur. He was previously chairman and CEO of Bitfone, chairman and CEO of Photo Access, and CEO of Computer Motion. In addition, Wang was executive vice president at Symantec, where he managed four divisions and helped spur an increase in annual sales from $172 million to $412 million. Wang earned a bachelor’s degree in computer science from the University of California at Berkeley. These days, he likes to record and play music and is happily married with three g reat children and a bad dog.

We are developing an amazing Smart Home Service demo for the International Broadcasting Convention in Amsterdam on September 12, 2013, together with leading ZigBee chip vendor, GreenPeak. We will demonstrate home security, energy and resource management, and elder care monitoring. From our extended Presence app, we’ll be controlling iOS-based cameras with built-in motion detection, a number of sensors monitoring windows, doors, temperature, water leaks, and motion, and featuring lighting control all through the ZigBee network protocol.

Where did the idea for Presence by People Power come from?

My mom’s house was broken in to twice and she became afraid of being home alone. So I bought her a security system that was complicated to install and cost $1800 up front plus $48 a month. Meanwhile our CTO David Moss figured out how to breathe new life in to old iPhones and turn them in to free video cameras that automatically send you motion detection alerts. We decided to solve everybody’s need to take care of their homes and people and things they love most, with our expertise in enabling smart phone control for the Internet of Everything.

We’ve been making money selling software and services to manufacturers building connected devices that they want to control from smart phones. We plan to offer Presence users an upgrade to Presence Pro to get longer HD quality motion video clips and pro alerts along with some cool features that you’ll have to check out in November.

I get up at 7am and see the kids off to school, then start working in the study. Frequently Charlotte, Scott and Greg come over and we work out of my music studio in the backyard. Many days we have customer meetings which we host at our super cool offices located at the NestGSV accelerator 12 minutes up the road. I try to be home every night to have a family dinner because they are the center of my life.

A lot of my best ideas occur to me in the shower. So I use a lot of water.

The Internet of Everything is the next incarnation of the Internet where we will evolve from 5 billion people browsing websites, to 50 billion connected devices controlled from your smart phone.

My last company Bitfone was acquired by HP for $160 million. I am very grateful to HP for the experience I had there, but I learned how slowly things can move in a large company.

I wouldn’t have spent money building hardware. That job is best left to Asian manufacturers.

Build the best team you can and relentlessly focus on success no matter the obstacles.

At Photo Access, we built a super fast digital camera chip, and a great photo printing site, but in 2000, we ran out of money. Fortunately, we saw the cliff approaching and at the 11th hour, Agilent bought our hardware business unit and hired the team. So we snatched victory from the jaws of defeat. Later we also sold the photo printing business which is now a part of American Greetings.

Someone should make a GarageBand/iMovie app for dummies, so anyone could make a YouTube music video and edit/publish it in minutes. If no one else does a really good one, I may have to later (after making People Power wildly successful).

I would help bring to life the Internet of Everything to make smarter homes, smarter buildings, smarter cities, smarter cars for smarter living. To do this, I would create an open platform with open source code for developers, make a free app used daily by millions of people and create an eco-system of smart devices that make people safer, give them more control and save money for them every day.

I recently did a headstand while surfing. Also, People Power is not just a company, we have the People Power Band with a CD on iTunes called “Green Bandwagon”

TED Talks (I learn so much constantly), Bing (great search engine for images) and Google Apps (can’t live without them).

I’m now reading “Contagious – Why Things Catch On” by Jonah Berger. It’s an important skill for entrepreneurs to understand and Jonah provides actionable techniques for helping your product or service become famous.

Kickstarter (lots of cool startups), GigaOm (Om is so smart) and CNET (and check out: )

Yesterday when I saw my daughter Sally on CNET.

My father retired from UC Berkeley in ’95, then moved to Hong Kong and accepted 3 teaching jobs located in 3 different countries. Now at 80, he is starting a new joint center to study language and human complexity. I hope to be as active and well respected at 80 as he is.

You’ve been CEO 4 times now with one IPO and 2 acquisitions, why do you keep doing this?

I have a stubborn desire to create great products that make a difference. And I like working from home in my sweats.

What’s the most challenging thing in your life?

My children. They make my startups look easy.