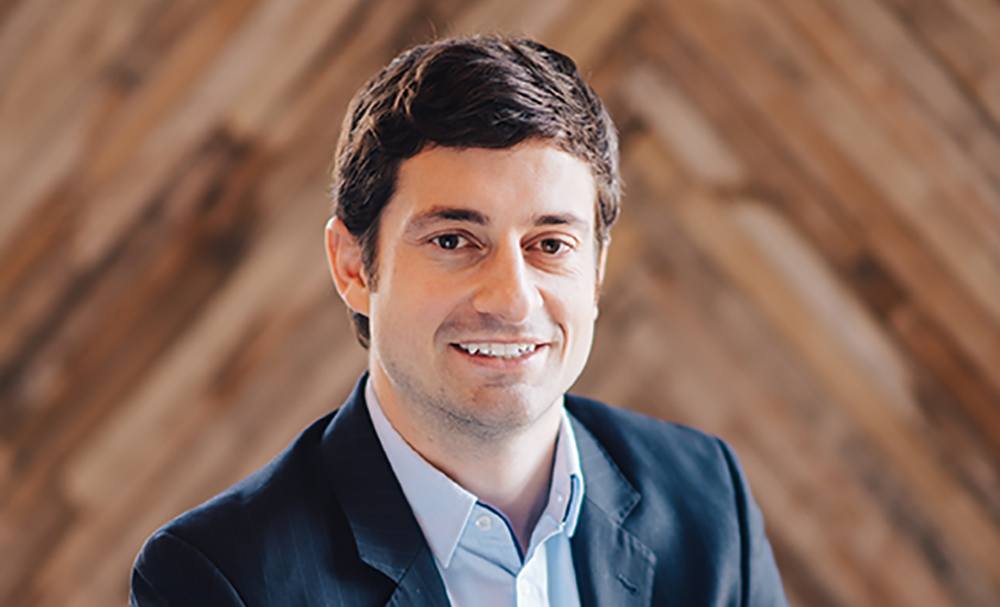 By testing the waters. You’ll never know if your idea will work unless you share it with folks

Grant is an Indiana native and the CEO & founder of App Press. As a former art director with expert knowledge in creative tool, Grant and his team built the best design-first solution to create mobile apps. The very first app Grant ever created went viral and landed on the homepage of the App Store. That success lead to the creation of App Press.

Where did the idea for App Press come from?

I am an Indiana native and graduated from IU in 2006. After college I was an art director building magazines. In 2010, when the iPad was first presented my mind lit up! I knew I wanted to build an iPad app. However, I had two problems. One: I can’t code. Two: I didn’t know what to build. I met my co-founder Kevin Smith and he had created several iPhone apps. He agreed to help. But I was still struggling with what kind of app to create. That’s when my wife came home with an idea. A simple idea that would change my life. My wife’s grandparent’s Italian Cookbook. Now, before you laugh, let me tell you about my wife’s grandma. She is from Italy and worked at the Indianapolis City Market since 1939. She has a hand written, leather bound book with some of the most amazing recipes dating back over 100 years. So it was decided. My wife started to type the recipes and I took pictures and created the app’s artwork in Photoshop.

As we began sending all of this material to Kevin to code we ran into problems. Everyday I wanted to make changes to the recipes, photos, and artwork. Thus, frustration started to creep in. Our deadline was getting pushed back and tiny changes were getting lost in email. And that’s when Kevin had the idea. He was going to build a tool that would allow ME to build and update the app code-free. App Press. In six days, I created the Italian Cookbook in App Press. _Me_. A person that had never written a line of code in his life. When the app launched it made it to _the home page_ of the App Store. Featured next to Betty Crocker’s Cookbook. And in one week it got tens of thousands of downloads. And the best part… my 90-year-old Grandma bought her first computer. An iPad. So she could use our Italian cookbook app. All made possible by App Press.

7 am – 7 pm work. 7pm – 10pm relax. I’ll schedule almost every minute of the day a week in advance to make sure I prioritize correctly.

By testing the waters. You’ll never know if your idea will work unless you share it with folks. I’m a visual learner so if I have an idea I’ll sketch it out, build a prototype, draw a picture. Then show people!

Wearables. In five years, everyone will have a smartwatch.

Grit. Sticking with it even when things get really stressful and tough. Some may argue grit is not a habit. But having the stamina and determination to achieve your goals day in and day out I believe is a great habit. In Angela Duckworth’s great TED talk she describes grit perfectly, “Grit is passion and perseverance for very long-term goals. Grit is having stamina. Grit is sticking with your future, day in, day out, not just for the week, not just for the month, but for years, and working really hard to make that future a reality. Grit is living life like it’s a marathon, not a sprint.”

As a teenager, I was a janitor for one year. It made me appreciate hard work, the importance of dependability and punctuality.

I would listen more. Listen to my gut and listen to the people that I trusted the most. I will say there are a few regrets but, all the mistakes I have made lead to an immense amount of learning which I view as an asset for future opportunities.

Smile! Remember this is going to be an adventure and one you should enjoy.

Talking with customers on the phone and meeting with them in person. Building a personal relationship with your customers gives them the confidence you genuinely want to see them succeed. When App Press was early in its development the platform wasn’t perfect and customers decided to stick with us based on the relationship we had built over the months.

Knowing how to hire and manage people was an Achilles heal for me. I was able to overcome it by learning the process from experienced mentors. Your team is the most valuable resource you have. If it’s the right team depends on you.

I have an app idea called Snap Map. It allows users to start a message board based on their GPS location. The message board then has a geofence setup around it which allows other users to receive a push message when they cross the geofence. Think YikYak meets SnapChat. A way to share social content based on location.

I purchased a new band for my Apple Watch… which I can see becoming a bad habit.

I use Gmail, Slack, Mixpanel, Close.io, MailChimp, SquareSpace, AdWords, AdRolls… well the list goes on and on. I’m a big fan of Close.io. They are a small team like App Press trying to build an incredibly powerful sales tool. I recommend people check it out.

Depends if you like fiction or non-fiction. I like a good story. If that’s the case for you, I’d check out, The Curious Incident of the Dog in the Night-Time. Non-fiction I would recommend the classic and always helpful, The 7 Habits of Highly Effective People.

Two blogs I read everyday are John Gruber’s Daring Fireball and M.G. Siegler’s ParisLemon. Both have great perspectives on technology, movies and sports.