Nathaniel Stinnett – Founder and CEO of the Environmental Voter Project 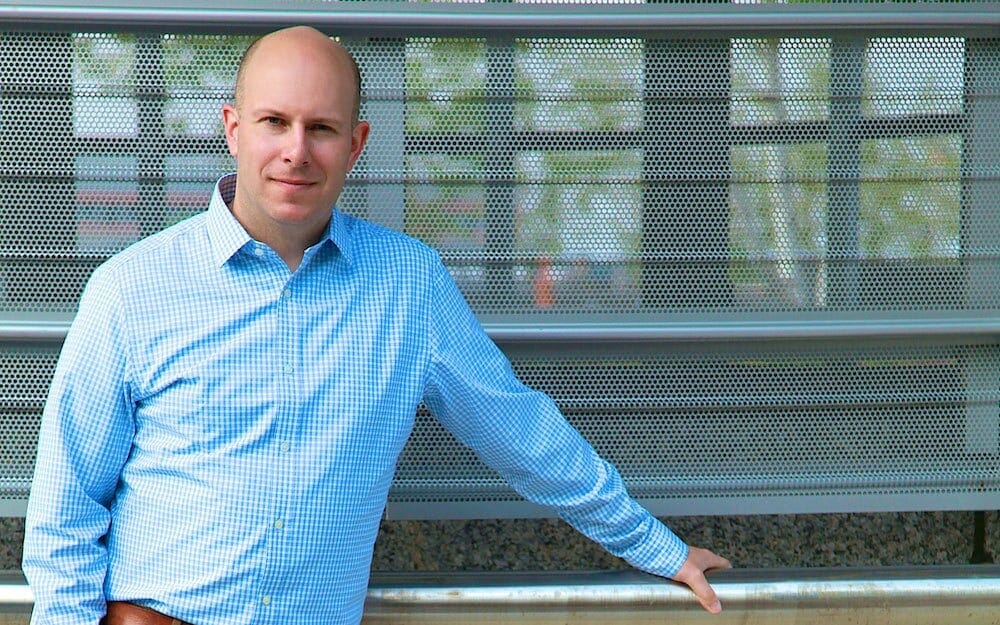 This is going to sound really boring, but I bring ideas to life by making lists. I’m addicted to making lists. I try to dream big and encourage others to do so too, but I think big ideas come to life through good planning and consistent attention to detail.

Nathaniel Stinnett is the Founder and CEO of the Environmental Voter Project, a cutting-edge, non-partisan nonprofit that uses data analytics and social network incentives to identify and mobilize silent environmentalists.

Nathaniel has over a decade of experience as a senior advisor, consultant, and trainer for political campaigns and issue-advocacy nonprofits. He has led record-breaking fundraising efforts for multiple campaigns, he has been an invited expert speaker at dozens of campaign management trainings, and he has held a variety of senior leadership positions on US Senate, Congressional, state, and local campaigns, most recently serving as Campaign Manager for the John Connolly for Mayor Campaign (Boston, MA).

A former attorney at the international law firm of DLA Piper LLP, Nathaniel is also widely recognized for his experience in land-use, environmental, and real estate law, and he has been named a three-time Rising Star by Super Lawyers Magazine.

Nathaniel holds a B.A. from Yale University and a J.D. from Boston College Law School. He lives in Boston, Massachusetts with his wife and daughter.

Where did the idea for the Environmental Voter Project come from?

Polls show that voters consistently rank environmental issues among their lowest concerns in every election. This is a huge problem that had frustrated me for years. Politicians respond to voters, and if environmental issues are a low priority for voters, they’ll also be a low priority for policy makers. This is one of the main reasons we lack strong environmental leadership right now – no amount of lobbying can make an issue seem important to a politician if their polling shows that voters don’t care about it.

But one day, after comparing dozens of polls for a project, I began to notice that plenty of people actually do list the environment as one of their top issues – tens of millions of people, in fact – but the problem is that most of these people don’t vote. The more I looked into it (and asked polling experts to look into it), the more I realized something pretty astounding: environmentalists are awful voters – really, really awful voters. And so it turns out that the lack of voter demand for environmental leadership isn’t necessarily due to people not caring enough about the environment; it’s largely due to environmentalists not voting.

This was the genesis of the Environmental Voter Project. We realized that there was an exciting value proposition in this market: rather than spend lots of money trying to persuade voters to care about the environment or to vote for an environmental candidate, it would be much more efficient to just find the people who already care about the environment and convince them to vote…which is actually a comparatively cheap and easy task to accomplish.

My day usually begins at 5:30 am when my daughter starts calling to me from her crib. We play and read together until 7 am, which gives me all the inspiration I need to head off to work and try to protect the planet for her generation. I work until 6 or 6:30 pm, try to get home to eat dinner with my family, and then I work, read, or exercise at night.

I try to make each day productive by only doing the things that only I can do (i.e., if someone junior to me can do a particular task, then it’s usually a good idea to train them to do it). I think this approach helps everybody in an organization. By encouraging people to reach for hard work (and push down easy work), everybody stays intellectually challenged, happy, and efficient.

This is going to sound really boring, but I bring ideas to life by making lists. I’m addicted to making lists. I try to dream big and encourage others to do so too, but I think big ideas come to life through good planning and consistent attention to detail.

I’m really excited about the growing application of rigorous scientific research to political campaigns and issue advocacy. For far too long, campaigns simply trusted their guts (or trusted their consultants’ guts) and took a “pre-Moneyball” approach to grassroots engagement, fundraising, and communications. But now we have a new generation of psychological and sociological experiments that can actually prove which campaign techniques work and which don’t work. I think data scientists are the new heroes of the political world.

Nobody can work all the time – I think the key to being productive is to really work hard when you should be working hard, and then truly give yourself time to relax or exercise when you’re not working.

I used to be a lawyer at a big law firm where we billed our time in 6-minute increments. You had to account for almost every second of your time – which was awful – but now it’s a habit of mine and I find that accounting for my time is a great way to reveal whether I’m being as productive as I ought to be.

I worked as a clerk in an office where I was given about 30 minutes of work to do for every 8 hours that I was there. It made me realize that nothing – nothing – is worse than being bored.

I wouldn’t have listened to that inner voice that said “I’m sure someone has thought of this already.”

I try to be 100% honest, 100% of the time. So much of being an entrepreneur is asking people to trust you and trust your vision. Yes – be big, be bold, be confident…but don’t ever be even slightly dishonest.

What is the one strategy that has helped you grow your business? Please explain how.

We just got started, so I’ll have a better answer in 6 months!

So far, though, we’ve gotten great results by empowering others to help us. In particular, if you trust someone enough to ask them to be on your Board, they’re usually talented enough to evangelize, raise money, and make important introductions as well. To date, our Board members have been our greatest asset.

At a previous organization, I once hired a senior manager who was extraordinarily talented, but it was pretty clear that he wouldn’t fit in with our team culture. I was so impressed with his experience, references, and skill set, though, that I hired him anyway. It turned out to be a big mistake that hurt the productivity of our entire team.

Fortunately, we were good at communicating with each other in an honest and respectful way about the problems that we were having. We were able to transition this person to a better fit at a different organization, and it was a good lesson learned for everybody…especially me.

Someone should create voice-interactive software for GPS navigation devices that can tell you what restaurants are at the next few rest stops and how long it will take for you to drive there.

I bought a watch. I got tired of taking my phone out of my pocket whenever I wanted to know the time.

I like both NGP-VAN and NationBuilder. In particular, I like that they’re both integrating some great gamification tools into their online organizing platforms.

My Struggle by Karl Ove Knausgaard. It has nothing to do with being an entrepreneur or a leader, but it’s a damn good novel. That guy can write. I’ve read volumes 1-4 and I can’t wait for the last two volumes to be translated into English.

I’m really excited about the social network incentives research that Alex “Sandy” Pentland is doing at the MIT Media Lab. He and his team are finding really efficient ways to incentivize people to cooperate and address important issues – from personal fitness goals to large community-wide environmental problems.