Happy Mother’s Day! Three Idea Women Influenced by their Mothers or by Being a Mother 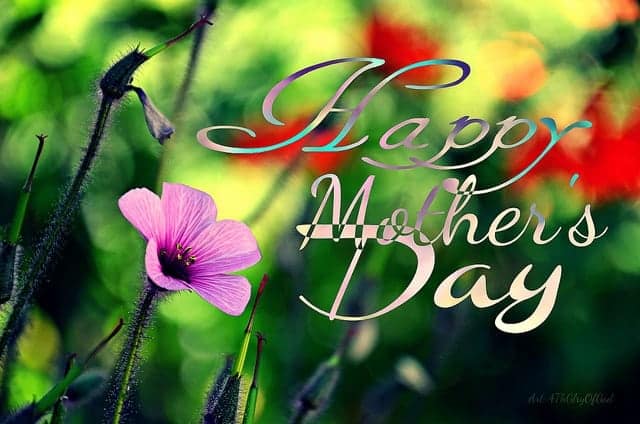 Male or female, we are all mothers or have mothers. With Mother’s Day upon us, here’s a recap of interviews with three fantastic idea women whose work has been influenced by their experience of their own mothers or by being a mother themselves. Take a look! How has your mother influenced you?

Michelle’s interview answer to “Who is your hero?” is “My mom.” A hard-worker who raised nine children, Michelle describes her mother as “by far the most honest hard working person I have known. I’ve never seen her lie or do anything unethical, and she raised nine children with a very clear moral compass. She was very strict and made us toe the line, but we always knew we were loved very much. She never wavered, never quit, never failed. She worked very hard for little pay, somehow paid the bills and provided for us during some very tumultuous times. As an adult I’m amazed she did what she did, all by herself. I credit my strong work ethic and much of my success to my Mom. ‘Not a bum in the bunch;’ she likes to say.”

Michelle also attributed her career choices to a high school experience working alongside her mother at a medical supply company she learned that she “hated wearing hair nets and doing repetitive work with [her] hands.” The factory floor was “exclusively employed by women” and “the only high paying jobs there were held by educated men in management positions.” From that experience, Michelle decided that “the ticket out was to get a good education, postpone having children to focus on building a meaningful career after college.

Not only has michelle done that for herself through creating and running R2C Group with her husband Tim O’Leary, she has created What Smart Girls Do, a young woman’s career advocacy group, to help smart girls go on to be “happy, healthier, and more successful people.”

Ann has elevated the experience of motherhood to the stage through the creation of Listen to Your Mother (LTYM), “a national series of live readings by local writers in celebration of Mother’s Day.” LTYM was born out of Ann’s desire to “give [her] real-life community a taste of the creative vitality happening online, with a professionally produced live event in [her] hometown.” The idea came to her eight weeks before Mother’s Day and Ann describes connecting the live blogger reading format she experienced at BlogHer 2009 with Mother’s Day as happening upon “something extraordinary.”

Margot, founder of Lots to Live For (LLF), drew her inspiration “from watching both [her] mother and grandmother fight courageous battles against cancer while simultaneously trying to maintain normal lifestyles.” LLF helps cancer patients maintain their lifestyles by offering “one-stop shopping and solutions for cancer patients, by selling products and offering tips to alleviate, reduce and relieve unpleasant and uncomfortable side effects of chemotherapy and radiation” which can be debilitating.

Like Michelle, Margot’s hero is her own mother. Margot describes her mom as “ahead of her time, brilliant and very independent. She rebelled against some prevalent cultural norms of her day. She was a person of integrity, she was highly principled and dignified, and she was brave.” In her 32-year career as an elementary school teacher, Margot points out that her mother inspired many others as well.