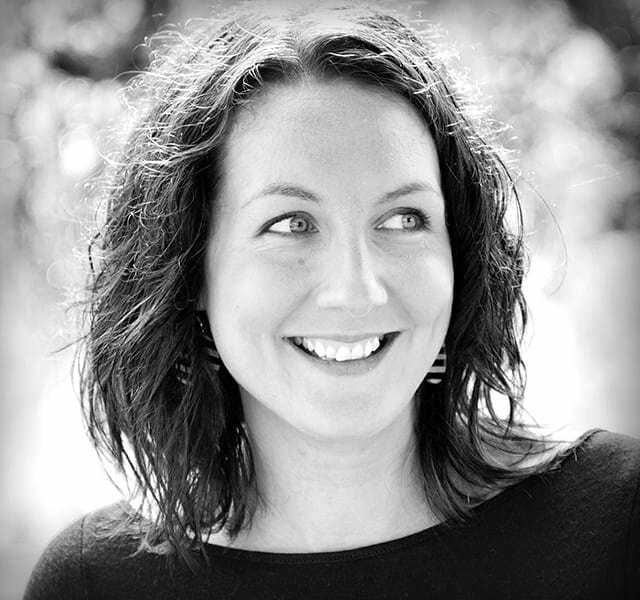 [quote style=”boxed”]You’ll either succeed, or you won’t. There is no reason to freak out. Relax and enjoy the journey.[/quote]

Torre DeRoche is the Fearful Adventurer. She blogs on facing fears and taking bold leaps despite her fear of … well … pretty much everything. Her debut book ‘Love with a Chance of Drowning’ was just released in May 2013.

In September 2011, DeRoche self-published a memoir about her turbulent adventure across the Pacific Ocean on a rickety sailboat with a man she’d met in a bar. Weeks after her book’s launch, a Hollywood film producer contacted @DeRoche via Twitter after reading a sample of her book online. He loved her style and he wanted to know if the film option was available. At around the same time, a UK publisher also discovered the book through Twitter, and made DeRoche an offer for the UK publishing rights.

Armed with two offers, DeRoche signed with a literary agent in New York almost immediately. With her agent, DeRoche landed three significant deals with Hyperion (US), Penguin (Australia), and Summerdale (UK). The film option was sold to Hollywood, and ‘Love with a Chance of Drowning’ is currently being adapted into a script.

This interview, and an undersized tub of crème brûlée.

Where did the idea for Love with a Chance of Drowning come from?

I never intended to write a book, nor did I intend to fall in love and wind up in a situation with a chance of drowning! I went overseas for a year to break free from my stagnant life in Melbourne, and I ended up having this crazy, unexpected, two-year nautical experience with a man who had a boat and a plan to sail the world. When I got home three years later, the story wanted to come out. I started tapping away at my keyboard, and so it came to be.

I’m an author and a designer, so that means pouring every last drop of energy into my art, crossing my fingers, and hoping for the best. In the case of ‘Love with a Chance of Drowning,’ this worked. Is it repeatable? Who knows! Today I’m supported by my art, but tomorrow I might be making money through a much less glamourous day job. It’s all part of the adventure of being a writer, right?

I start my day at around 8 or 9 a.m. If I’m feeling switched on, I write intensively for 8 to 10 hours. If I’m not inspired, I spend the same amount of time in front of the computer alternating between butchering perfectly good work, freaking out, carb-loading, over-sharing on Facebook, and hitting my head against cold, hard surfaces.

I usually bring ideas to life with quick and dirty tactics, the way Victor Frankenstein crudely stitched together his monster. I have this fear that if I don’t execute my ideas quickly, they’ll be forgotten or stolen. So I create the first draft in a fit of frantic energy, and then I spend hours upon hours picking it apart and putting it back together until it’s perfect.

High-waist shorts that accentuate a lady’s camel toe. No, just kidding. Truthfully, I try to avoid trends as much as possible. You can’t stand out when you’re doing what everyone else is doing. When something is classed as a ‘trend,’ you’re already late to the party.

My first job involved packing little Australian animal-shaped chocolates into boxes in a chocolate factory. Looking back, I’m not sure whether I worked there for three hours, three days, three years, or three eons. My memories are a blurry haze of a boredom so profound, that time fell away and there was only me and a never-ending conveyer belt of chocolately animals forever and ever, like a mirror reflecting back in on itself.

What did I learn? I need plenty of mental stimulation, otherwise my brain will float off into a black hole.

I’m tempted to say I’d do nothing different, as the outcome I’ve had with my book has been unbelievable. But if I could go back in time and tell my past self one thing, it’d be this: “You’ll either succeed, or you won’t. There is no reason to freak out. Relax and enjoy the journey.” I could’ve saved myself from a number of face wrinkles.

I always over-deliver. I meet 100% of the requirements of any given task, and then I put in another 50%. Most people put in 50 – 80%, so over-delivering will always put you ahead of the slackers. I believe that’s how I got my publishing deals.

So many self-published authors don’t put in enough work. Just because you have control over the ‘Publish’ button doesn’t mean you should be click-happy. Take your time, make it perfect, invest in professionals, put in 150%, and THEN publish.

I suppose you could say that getting rejected by literary agents was a failure. I overcame this by self-publishing. Ultimately that worked in my favour, as it gave the book more value at auction.

I’ve been sitting here for about 25 minutes trying to think up something that will blow your mind. My cat just keyboard-blocked me, so… Oh, I’ve got it! How about something to stop the cat from jumping on the desk and interfering with your work? An electroshock device would work wonders. I shall call it: A Taser.

I would create a Save the Artists foundation to prevent capitalism and digital advancements from eradicating endangered art forms. Using Kickstarter, government funding, and private donations, I would create a charity that supports a range of artistic endeavours to protect our vital human need to capture and document our experiences through art, as well as the important intellectual contribution that non-commercial art provides to the world.

I am INFP on the Myer-Briggs test, which is a personality type that I share with Virginia Woolf, Sylvia Plath, Jim Morrison, Kurt Cobain, J.D. Salinger, Harper Lee, David Lynch, Vincent van Gogh, Edgar Allan Poe, Tim Burton, and Heath Ledger. Notice any patterns? Yes, they’re all inspired, yet deeply disturbed artists. If I don’t cut off an ear, or load up my pockets with rocks before wading into a lake, my future looks bright.

1. Twitter – because it landed me three publishing deals. The world doesn’t fully realize the power of it yet, which is shocking, because it’s unbelievably powerful. It breaks down barriers, and you can communicate directly with people who are influential from the comfort of your own home – and all while wearing high-waist, camel-toe accentuating shorts if you so desire! (Please don’t.)

2. Google – because without Google, me stupid.

3. Facebook – because it’s like disappearing into a vortex that sucks away precious time that I’ll never, ever get back. That’s not a good thing at all, but you have to applaud power that it has over the world. We’re all on Facecrack, and we’re all screwed. Awesome!

‘Love with a Chance of Drowning,’ because it may inspire you to take on big challenges and confront fears of your own.

If you want to write a book, I recommend ‘Bird by Bird’ by Anne Lamott. It’s soothing, motivating, and entertaining.

@mikesowden – because he’s wildly entertaining and he knows a lot about pairing storytelling with marketing to boost brands. He’s also an exceptional writer.

@jadecraven – she’s well connected and if she believes in what you’re doing, she’ll hook you up with powerful people. She’s also a lovely soul.

I was eating pho (Vietnamese soup) a couple of days ago and, as I squeezed lemon over my soup, the wedge shot out of my hand, over my shoulder, and landed somewhere in the vicinity of the neighboring table. I had two choices: 1. Death by shame. 2. Laughter. I went with option 2, the LOL.

My dog. She sleeps all day without apologizing, she acts like a diva without shame, and she sports her Buddha-like gut with supermodel confidence. Oh, to have such high self-esteem!

How important was social media in getting your book published? Do you think the importance will differ over the next decade?

It was vital. I think it will only become more and more important over time. At the moment, Twitter and Facebook are the most valuable tools and this may well change in the future, but using the internet as a marketing tool will not. Having the internet to market your own book gives the author incredible power. I.e., if you end up with a publisher who is lax about publicity (which is a very common phenomenon), you are not out of options. Traditional publishing may not give you a foot in the door, but social media allows you to kick the door in.