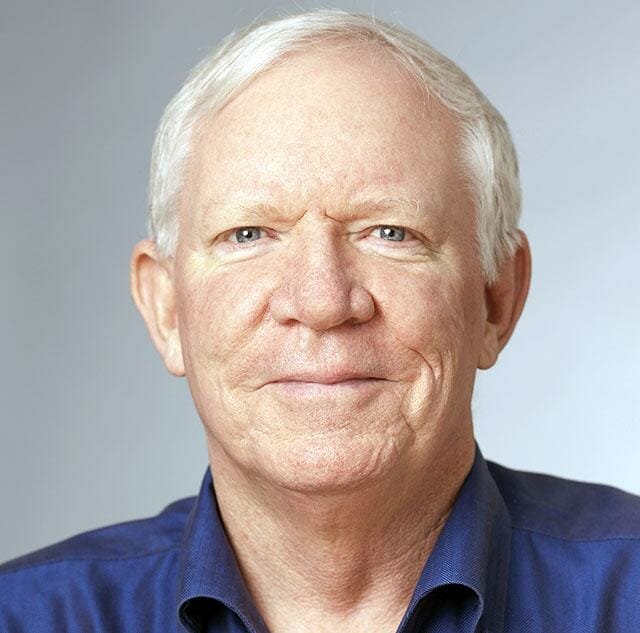 [quote style=”boxed”]Everything is in a constant state of change. You need to constantly assess your business, your competition and how your customers perceive you. And then you need to make changes when necessary.[/quote]

Harry Whitehouse is chief technology officer and co-founder of Endicia, a company offering shipping technologies and services to small and large e-commerce businesses across the United States.

A former Stanford Associate Professor with more than 35 years of industry and management experience, Harry has led Endicia since its inception in 1982. Before that, Harry founded Pacific Sun, Inc., an engineering and management consulting firm in 1976, and he served as the president of a 35-employee manufacturing spin-off company from 1979-1984.

Harry holds several patents in the U.S. and abroad, and is the lead software architect for all Endicia products. He has led many custom projects for industry and government clients, including various departments in the U.S. Postal Service.

Harry holds a Ph.D. from Stanford University, and he has authored numerous technical journal articles and a nationally distributed text.

I’m currently working with the U.S. Postal Service to fine-tune the insurance program they launched this past July.

Where did the idea for Endicia come from?

We were working for the USPS Facilities Department in the 1980’s, developing custom software to manage their large building stock (second largest in the USA). One minor task was to create a laser-printed official mail envelope which had what was then the new POSTNET routing barcode. But since it was a laser printer, I decided to print the entire envelope including the official mail postage indicium. Looking at that, I asked “why can’t normal folks create postage on their PC”?

Endicia customers pay a monthly subscription based on their service needs. These subscriptions range from $9.95 per month to $34.95 per month and allow customers to print postage with the United States Postal Service. Our service also provides discounted postage rates for customers. Larger volume customers can have their fees subsidized by the USPS.

As I awake, I check my email first thing. (I should mention I never go a day without checking my email – not even on weekends, or while on vacation.) Then I have breakfast and feed my chickens.

I sometimes work at home several hours using email and phone conferences. Then I spend most of the day in the office doing a wide variety of things. Mostly I like to kick off projects and keep them moving. I enjoy computer coding and designing solutions to problems. At the end of the day I usually go to an exercise class (TRX) or work out myself. Then I generally like to cook dinner. Afterwards, it’s back on email until bedtime.

If you come up with really unique idea or vision, there’s a good chance that your friends and colleagues may not fully comprehend it or have a different opinion as to its value (at least right away). So in my case, I like to prototype the ideas so people can get a better understanding. With software, that turns out to be relatively easy. Then you’ve got to sell your idea in order to get internal or external resources so you can implement it.

It requires constant communication and championing. I know folks who have worked closely with Steve Jobs. Once he had an idea, he would make sure it was executed – being quite brash and abrasive by several accounts. But he had the absolute confidence of where he was going and he managed to drag the entire organization along with him. You need a clear vision and the determination to see your ideas to fruition.

Robots and microelectronics and increasing computer power excite me. I just hope that jobs will still be available for folks!

When I was in high school, a friend of my dad hired me to do various chores in a large field adjacent to his home/business. One day he showed up with two giant dump trucks full of debris from a building demolition. It was a mixture of dirt, which could be of use in the field, and sections of wood. I spent two weeks separating the wood from the dirt by hand under a hot summer sun. I thought the job would never end, but I kept plugging at it and eventually got it done. I learned that big jobs can be accomplished by working steadily and with faith that your goal will eventually be reached.

Find a way to get more capital to start off with. We completely “bootstrapped” Endicia and all of our enterprises. It was interesting, but pretty inefficient.

Everything is in a constant state of change. You need to constantly assess your business, your competition and how your customers perceive you. And then you need to make changes when necessary.

Right after finishing my Ph.D., I pursued business in the solar thermal energy field. We did consulting and also created an interesting product for solar water heaters. At our peak, we employed over 50 people.

In the early 80’s, the solar industry lost the support of Federal Tax credits and we had to downsize and eventually sell off our product. I don’t count it as an outright failure because we had a relatively “soft landing.” I refocused my efforts on broader energy consulting (not just solar) and that was when we were awarded our first contract with the USPS. We studied one of their recently-constructed Post Offices and made a number of suggestions as to how they could have reduced the life-cycle costs. That work with USPS Facilities lasted over 15 years and gave us the idea to create PC postage in the late 1980’s.

Take a look at the Rotorcraft technology which is benefiting from small, powerful CPU’s, high density batteries, and smart positional technology which can sense visual cues. Imagine these devices carrying small amounts of materials (larger as time goes on) – for example carrying medications (or a beer!) from the kitchen to an upstairs bedroom on command.

I’d try to make a first class college-level education available to everyone who wants it. I’d do this partly by using remote classroom technology which is starting to gain some traction, but also by allocating more Federal financial resources to qualified students. For at least part of their education, college students should experience a campus environment and working with fellow students.

I used to be a licensed nuclear reactor operator at the Stanford Engineering Nuclear Laboratory. The reactor created only enough power to light ten 100 watt bulbs, but it was a real live reactor! The lab building was right out of a science fiction horror show.

The searchable internet has vastly changed how folks can become “experts” or, at minimum, “competent” in any given area. Engineering tasks that used to take weeks or months to research can often be done in hours by accessing web information. So Google has to be my number one choice. I’m really a big fan of Waze when I’m driving in the car and trying to avoid delays. And Uber – what a great example of using mobile technology to harvest excess capacity in a highly productive manner.

Tina Fey — Bossypants. First, it’s really funny. Second, it’s a great example of a young woman who entered show business unsure of her talents and emerged to be the leading female comedian of our time.

The Stephen Colbert show. Every night he comes up with something that I can’t help but laugh out loud at. He’s simply brilliant.

Boy, I have a lot. I grew up in New Jersey near Thomas Edison’s lab. What a remarkable man he was! And I visited Pasteur’s laboratory by chance during my last visit to Paris – his work was amazingly broad. These folks – and other men and women like them – combined key traits of curiosity, bravery and plain hard work to create staggering advancements for humankind. They had vision.

What’s the best advice you received that had the biggest impact on your career and business?

When I was a graduate student, an older colleague suggested success in business as more often the result of several ideas/products rather than one “home run.” So I’ll always try to have several irons in the fire – hopefully complimentary irons. That’s what allowed me to weather the loss of solar tax credits in the early 1980’s.

What is your favorite thing to do on the weekend?

Hang out in San Francisco. My wife and I have a place up there. We love to scoot around on our motor scooter and go to great (but not expensive or fancy) restaurants.