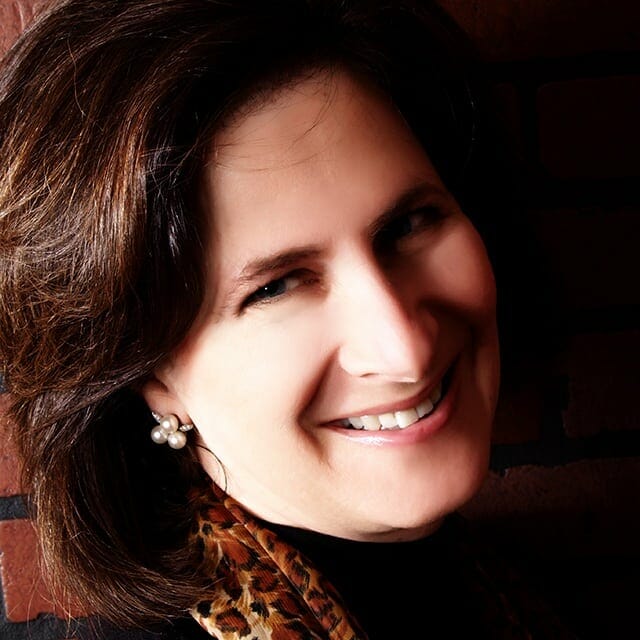 [quote style=”boxed”]I get out there and talk with people. In the end, people are going to buy and use Athena’s Workshop, and I want to hear from them the good and bad about it. To build a business you need to learn from everyone how they see your business.[/quote]

Helen Levy-Myers is focused full-time on building Athena’s Workshop into a world-class texting platform to engage parents, students, teachers and administrators in the education and learning process. Previously she had bootstrapped Virginia Parent News, a local parenting publication with a focus on education, which she rant for several years. She then merged the business with New Town Publications, which published three community directories and a legal directory. After a year, she sold her equity back to her partners.

Three years later she began working for Verizon Information Services, selling advertising for the Verizon Yellow Pages and Superpages.com, and she witnessed from the inside how the internet disrupted the staid print advertising business. From that experience, she learned why all successful business must constantly innovate and respond to changing needs and what can happen if they do not. She has a B.A. from Brandeis University and an Executive MBA from The College of William & Mary.

In her personal life, she is married to Eric Levy-Myers and has three sons; one attends The College of William & Mary another is in high school and the third in middle school. They have been the inspiration and the support for her businesses. She is active in several charities, serving on the Board of Congregation Beth Emeth and acting as an Account Director of Taproot Foundation.

Building Athena’s Workshop into a world-class texting platform with a focus on the education space. So a teacher can go online and send out a group text message, “Big test tomorrow, study hard.” But what makes us different from the competition is that the student or parent can reply, “I was sick today. What is the test on?” and the teacher can send back, “Chapter 7.” And another student can ask, “Was the stuff we covered today on the test?” and the teacher can reply yes or no. We can keep both of those conversations straight, so that the reply only goes to the one student that asked the question, not everyone. Hopefully, by the time this interview publishes, our two great innovations will up and publicly available.

One is our texting platform will be available as a plug-in on Edmodo, which has about 20 million users and aims to be the Facebook for education, so that a teacher can remind students about classroom tests a nd homework without their needing a computer and high-speed internet at home, which in many homes, especially in low-income and rural homes, is currently not there. And the second innovation is Spanish translation. So when that teacher sends out the message, “Big test tomorrow. Study hard,” it will arrive in Spanish for those parents that request it as part of the sign up process. They can reply in Spanish and the teacher will receive the answer in English. So teachers will be able to effectively communicate with all parents and engage them in their child’s education.

Where did the idea for Athena’s Workshop come from?

I personally believe that everything is coming to your cell phone whether you want it or not, so when I realized that many things were falling through the cracks with my children’s education, I wanted something that was super simple and did not require knowing a special password or log in, then navigating to some secret inner page to find the information I needed. Instead, I wanted the information to come to me without thinking about it or even knowing I needed to know it, all within a secure, private environment, and if I had a question, I could ask it and get an answer quickly. And from that need came the Athena’s Workshop, texting platform.

My typical day includes reaching out to users and potential users, business partners, etc., following up on leads and grant ideas, marketing, emails, etc. In general, I run the business side of Athena’s Workshop and my Chief Technologist, Andrew Maslar, runs and builds the website.

Working hard at every day. I wish there was an easy solution, but I do not believe there are any silver bullets to many problems, but lots of little, smaller solutions that work to build a great solution.

Mobile phones excite me and all the ways they are used, not only here but in emerging economies around the world. In parts of Africa they are using basic feature phones with SMS texting to transfer money between people, allowing the unbanked (those without traditional bank accounts) to move money in safe ways, without paying exorbitant fees. We are not there yet.

I sold advertising for the Verizon Yellow Pages. The market was slowly or quickly declining, depending on the area, everything was moving to the internet yet they were going to milk that cash cow till it fell over and died. Working in a declining market is no fun as you have to run faster all the time, to just keep up where you were before. But did I learn, how to make cold calls. I could make them before, but there we made many more, and I got really good at it.

As I mentioned, I previously had a business Virginia Parent News, and I learned two big lessons from that. One, start slowly, Virginia Parent News, was originally, Parent Weekly and came out weekly. But after a month, I realized that was not sustainable, so I switched to twice a month. I really should have switched to monthly. I am now running Athena’s Workshop, virtually, so I have no rent, phone or costs like that. Bootstrapping Athena’s Workshop like this will give us a much longer runway to get up and going without having to take venture capital money. The other lesson is that businesses that are developed in a vacuum based only on the great ideas of one person rarely succeed. They need input from many people and the more ideas and feedback you receive in general the better the product you will have.

I get out there and talk with people. In the end, people are going to buy and use Athena’s Workshop, and I want to hear from them the good and bad about it. To build a business you need to learn from everyone how they see your business.

When I merged my business, Virginia Parent News with another business, I lost control of the Board of Directors, and I did not manage my relationship with the Board relationship well. In the end, I left the company and they bought out my shares. Years later the company went broke, so I guess I did have the best possible outcome, and I remained on friendly terms with them after I left.

I think there are many situations where people would like to be able to send out broad announcements and be able to have responses come back in a secure environment. One situation, I think would be during fire drills and other emergencies where you have people not in front of their computers, and the first responders want to know if individuals are safe or not. So you could get information out from first responders and back from individuals by texting, without speaking, which is important in some situations. By the way, if someone wants to work with us on this idea, be sure to contact us directly.

I would like auto cleaning houses. I live in a home with three teen age boys and a husband, and it would be great, if home toilets had auto flushing and features to automatically lower the seats if they were raised. It would also be worth a lot of money to me to have dining tables with built-in dishwashers so that at the end of a meal all the plates, silverware, and glasses could be washed and put back either on the table or the cupboard clean without any work at all other than pushing a button.

I had my last child at 41, and now he is in middle school. Most people assume I am younger than I am. Very few people know my true age.

I love LinkedIn and use it all the time to find people, learn about their background and introduce them to Athena’s Workshop. Google Maps for the GPS functions and I often now use to look up what the building looks like before I go. I like the camera on my cell phone. I now always have a camera with me and the pictures come out fine for my needs most of the time.

Blue Ocean Strategy has great ideas, and I have used them in my business planning.

William & Mary News (@WMNews) obviously if you are alumni or have children there, worth following. If not, follow your school. Frank Bonsal (@FrankBonsal) really smart venture capitalist with an interest in the education space. Ed Surge (@EdSurge) very interesting education news.

Just the other day, we were having a tickle fight with my oldest son who is ready to go to college and my youngest son just starting middle school. My youngest son can somehow get us to do these things still.

After reading Steve Jobs by Walter Isaacson, Steve Jobs became one of business heroes who focused on giving the customer exactly what was wanted even before they knew they wanted it.

How would you define success for Athena’s Workshop?

It would be a valuable and important communication tool in a majority of schools and other businesses in America and other countries. We had research to prove that new communication tools using texting had improved the educational and life outcomes of hundreds of thousands. Plus we had a financially successful company so that we were able to employ hundreds of people.

How would you define personal success?

A clean house, neat yard, friends and family over for dinner, my children launched successfully in careers and with some time to help volunteer with charities that I care about.