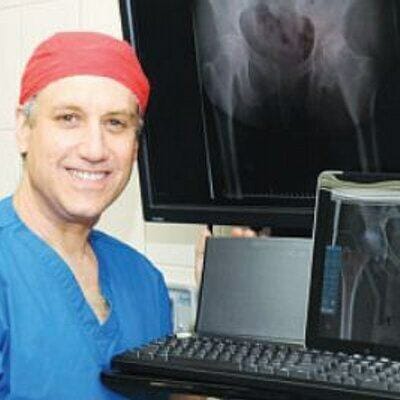 Always realize that there is someone out there who is probably doing what you want to do, but doing it better. Find that person and learn from them.

Dr. Ira Kirschenbaum is the Chairman of Orthopaedics at Bronxcare Health System in the Bronx of New York City. He specializes in joint and bone issues and focuses on knee, hip, and shoulder replacements. He has maintained a noteworthy career with experience in operations leadership, process reengineering, information technology and innovation design. He has lectured and published extensively on joint replacement surgery and has helped create major joint replacement systems. He also serves as Chief Medical Officer for DTC Healthcom, and as the Advisory Cheif Program Officer for the Swiftpath Program. He has been a member of the American Academy of Orthopaedic Surgeons since 1995, and has been on the Board of Directors for the EHR Project Team since 2010. Before joining the Bronx-Lebanon team, he served as Cheif of Adult Reconstuctive Surgery at Kaiser Permanente System. He also worked as part of the team that created Medscape, and served as a Community Health Editor for WebMD. Dr. Kirschenbaum received his undergraduate degree from Brown University in 1979, and later went on to graduate and complete his residency from the Albert Einstein College of Medicine. Afterwards he continued his professional training in hip and knee replacement and reconstructive surgery from Thomas Jefferson University.

I helped bring a website called BoneHone to life, it was brought up by Medscape because of Medscape Orthopaedics.

Early in the morning I check emails and social media sites- especially LinkedIn where I can connect with many people from many industries related to healthcare. Then I get into work early and have a standard meeting with top administration running my department and develop plans for the day and week. Some days I see one of my patients in the office, other days I focus on patient-centered value-improvement projects.

I focus on the idea itself and try to execute in three steps.
1. I come up with the idea.
2. Investigate and execute the best method to make it come alive.
3. I develop a distribution plan.
I feel it is critical to surround yourself and the idea with people who sincerely believe in why it will make a difference.

Value-based healthcare. The concept that patient-based outcomes related to analysis of real cost will define value in healthcare

Focusing on connecting with each of the surgeons and doctors in my department on a weekly basis as well as frequent and focused meetings with key management.

I would say to always realize that there is someone out there who is probably doing what you want to do, but doing it better. Find that person and learn from them.

While many people think we have a healthcare crisis, I see positive change on the horizon.

The best $100 I’ve spent recently has been on audiobooks. Reading key non-fiction and great fiction literature is a key to success.

Calendly.com is an awesome too that allows me to separate times during the week where people can make appointments with me directly.

“Don’t regret where you have been if you like where you are.”

“Rome wasn’t built in a day but I am sure they were working every day to build it.”